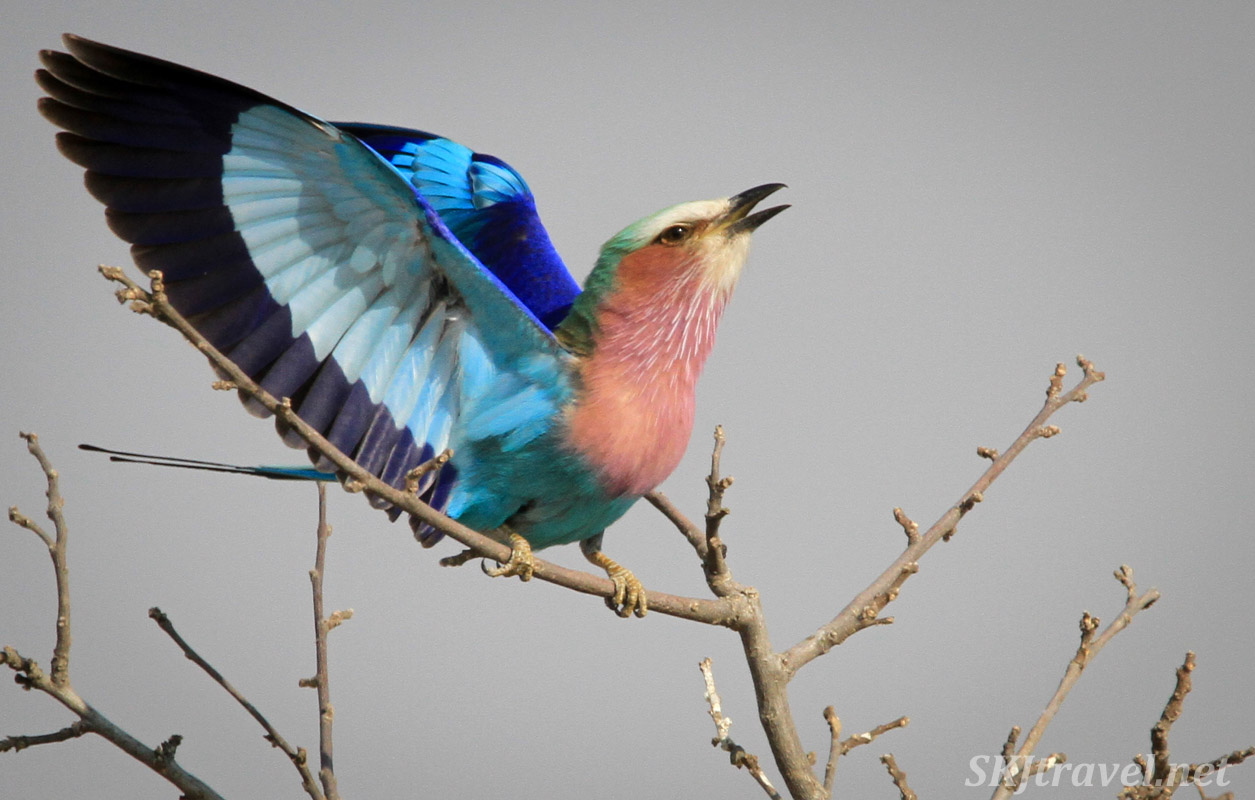 Nothing but pics in this post. Please enjoy the animals. Savuti is part of the Chobe National Park system in the Okavango Delta region of Botswana. Of the four parks in the Delta we visited, Savuti was the most dry, and I often found the word "desolate" bouncing around my head, even though that's not really apt. But there's something lonesome about the scenery. And it was littered with elephant bones, which gave it kind of an ominous feel, like we were stepping into a more wild frontier. 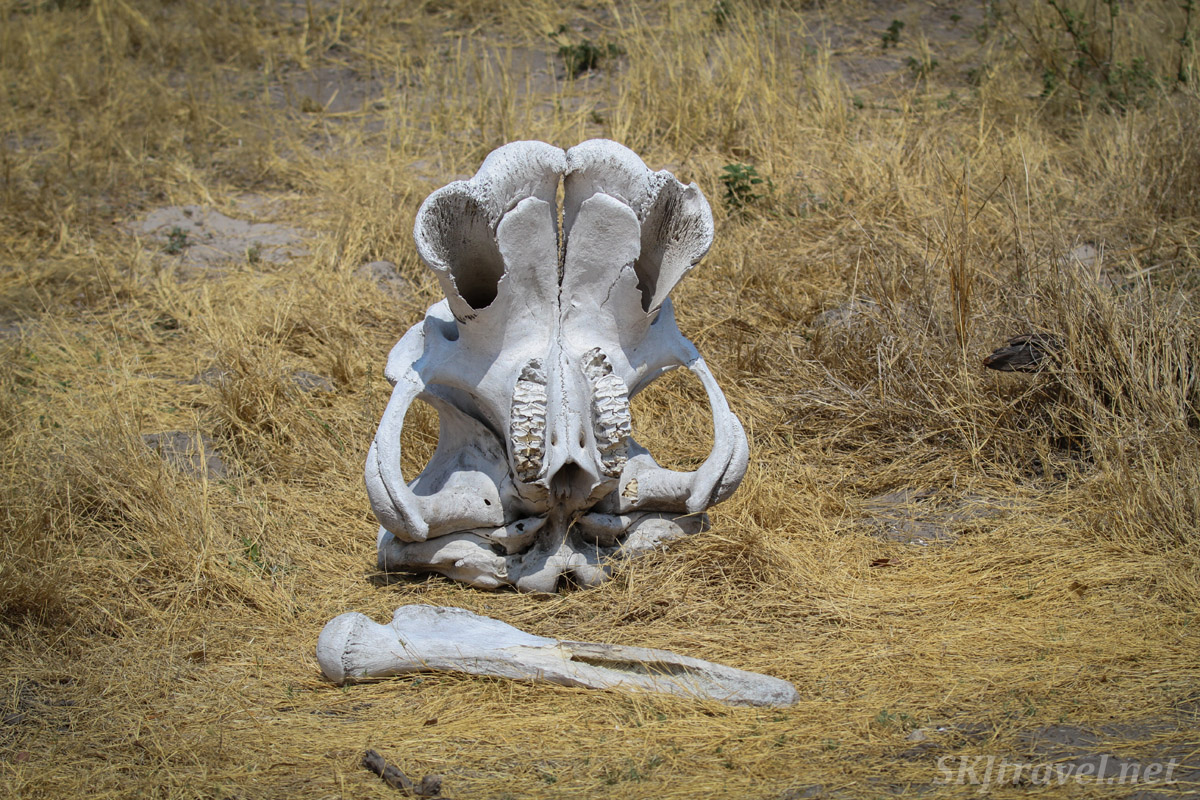 But there were plenty of alive elephants, too! We watched them at a very nice water hole one evening. 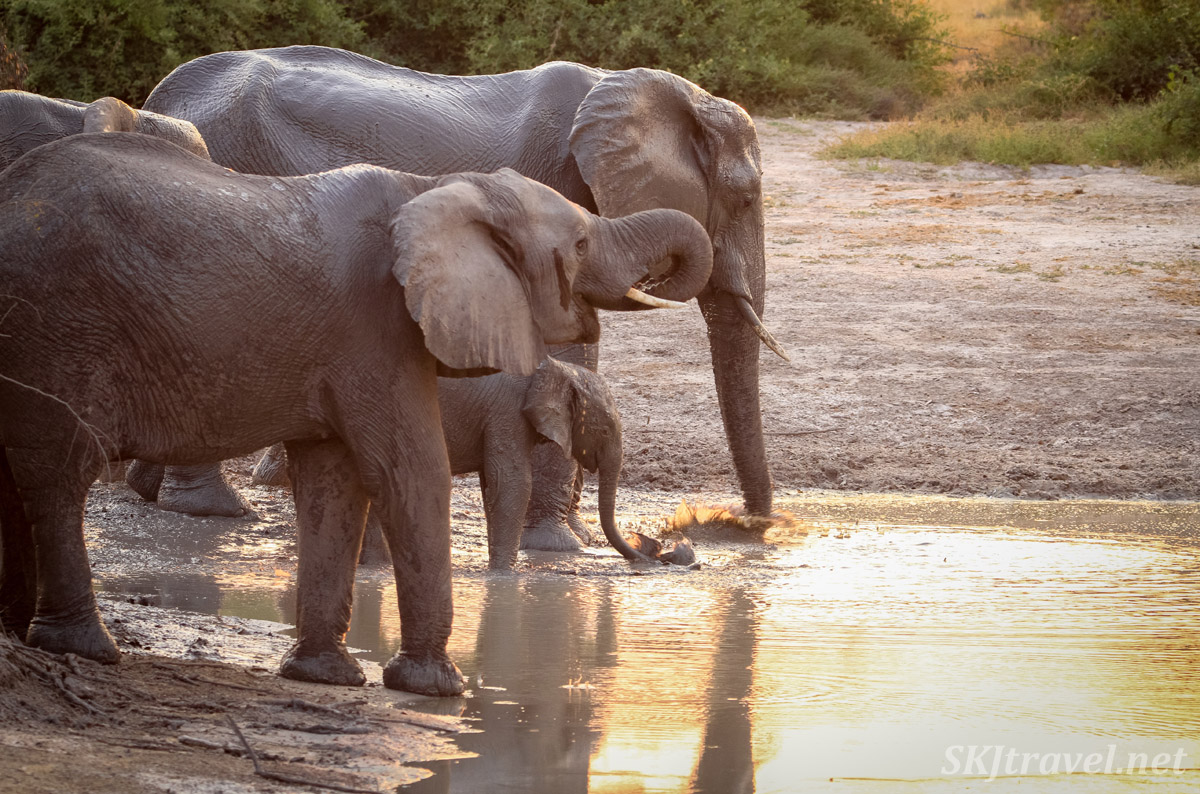 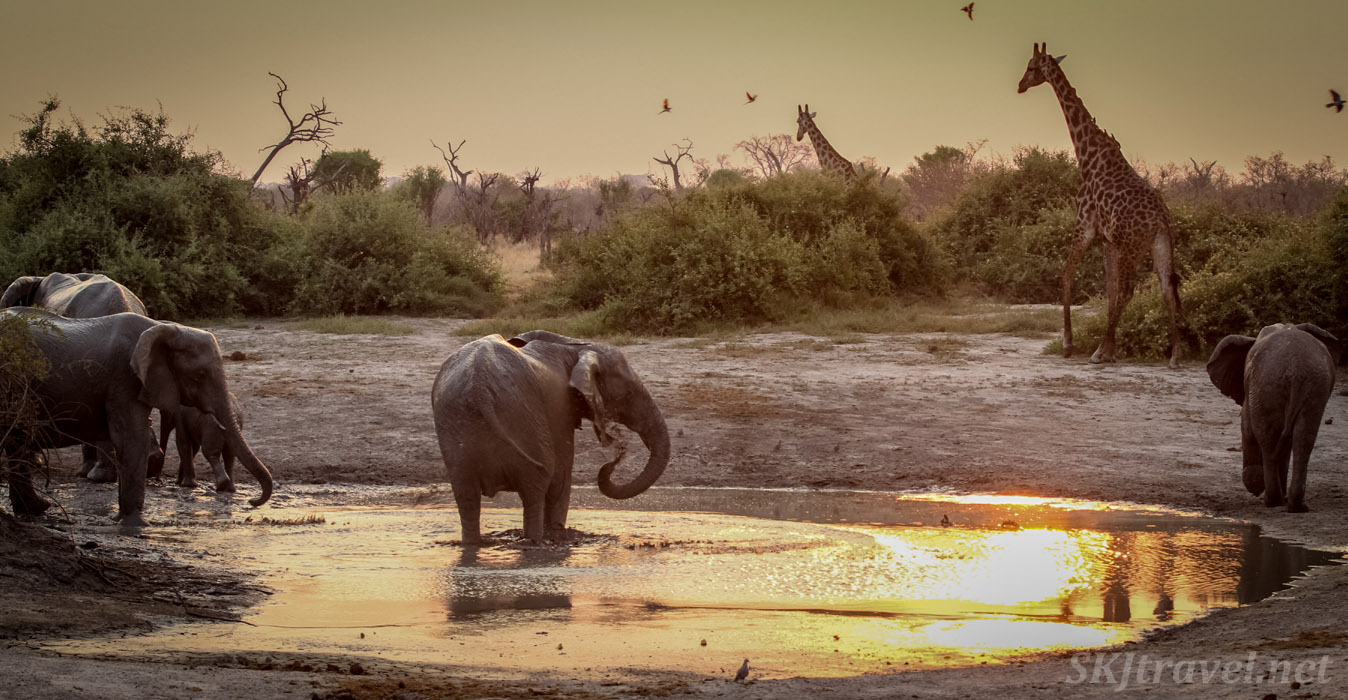 Daytime water hole. Man-made hole, water pumped in. Seems like a good idea to quench parched elephants and other critters in the brutal dry season, and works well for safari visitors to see a nice clump of animals. But our guide pointed out that it disrupts the animals' natural migration and wandering patterns and they may stay around the area when they really should be moving on, when nature would take away the water and coax them into their traditional patterns. So there are good and bad aspects to it. The second pic down, it's not even in focus but I really liked how the branches stick up behind the elephant's head like a little wacky hairdo. Mad scientist elephant. 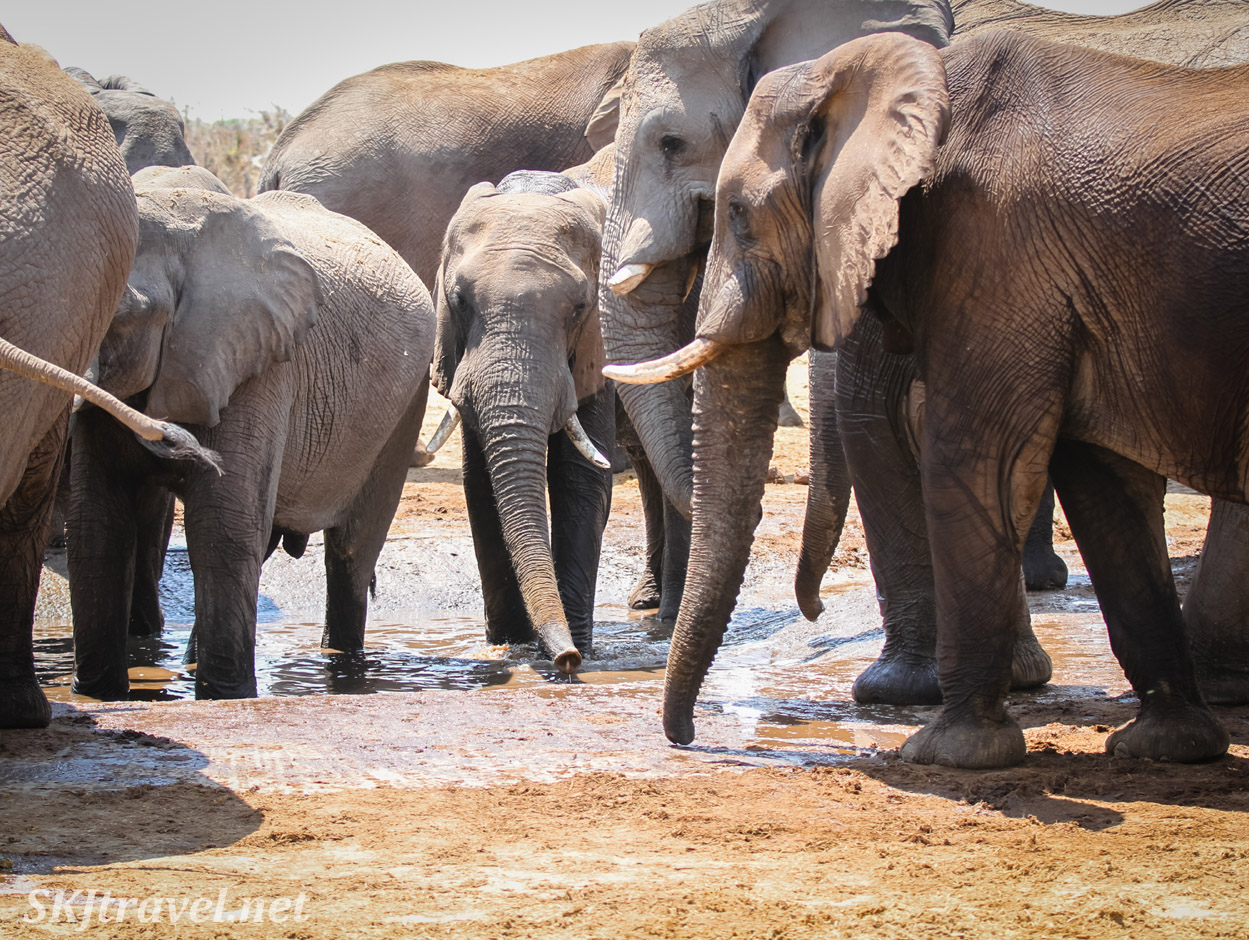 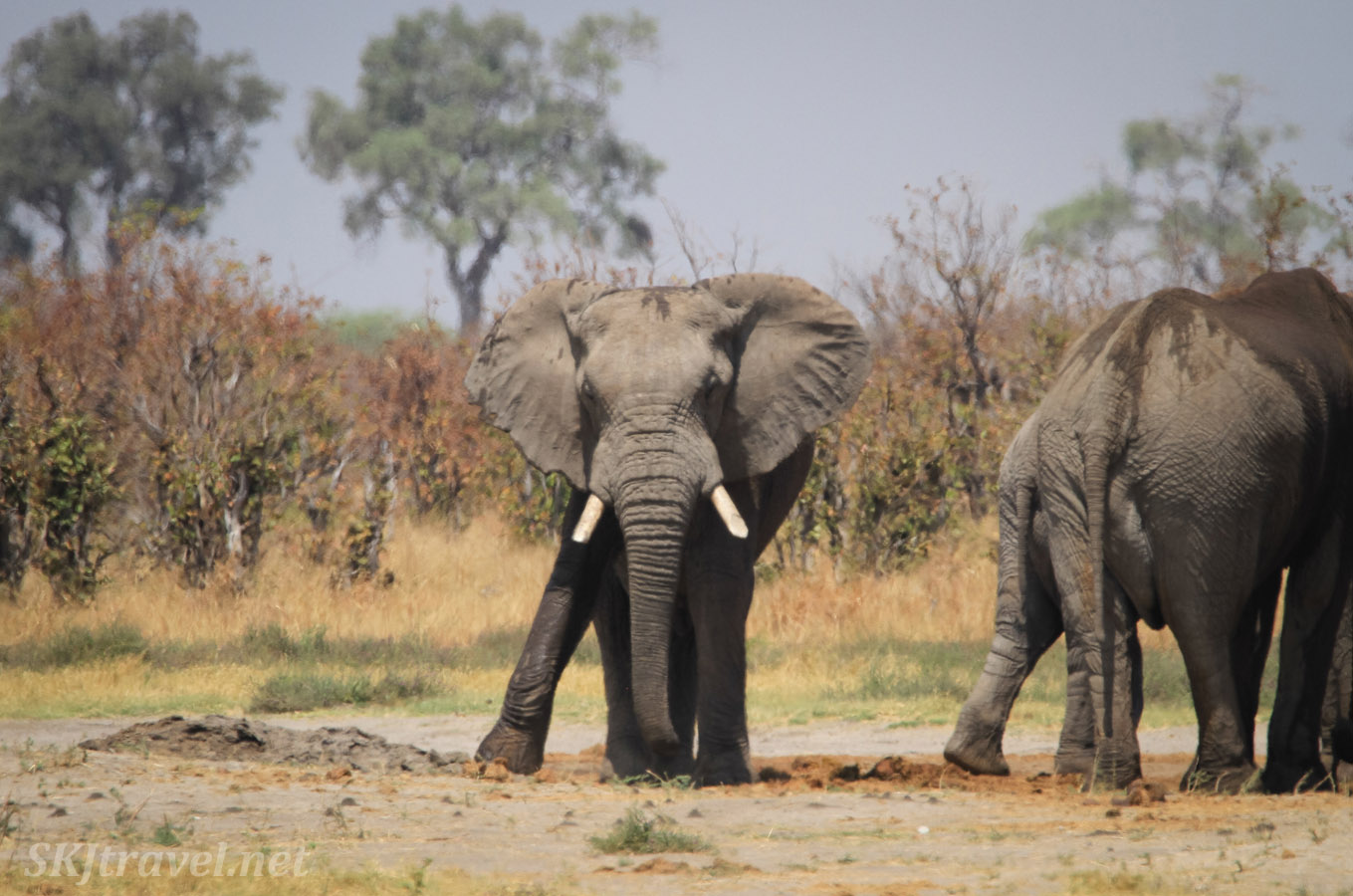 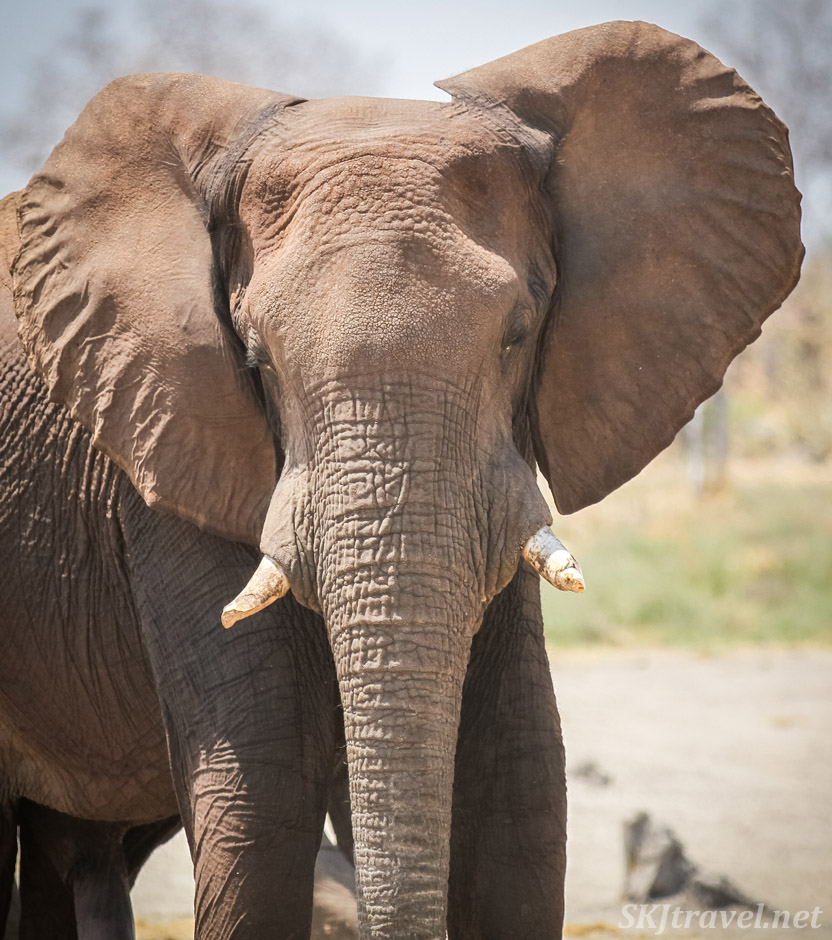 But even in the dry season, beautiful flowers make their way into the landscape. This is a rather indelicate name for a delicate flower: knobbly combretum. 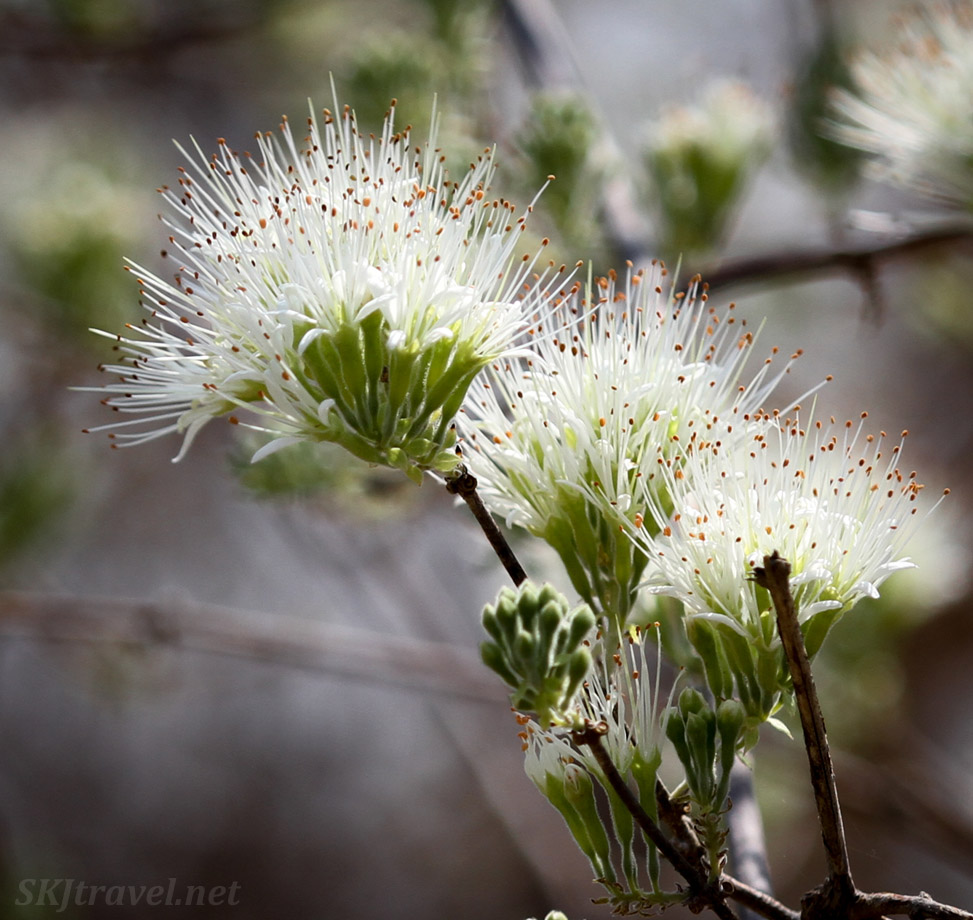 And they are super yummers to the giraffes. 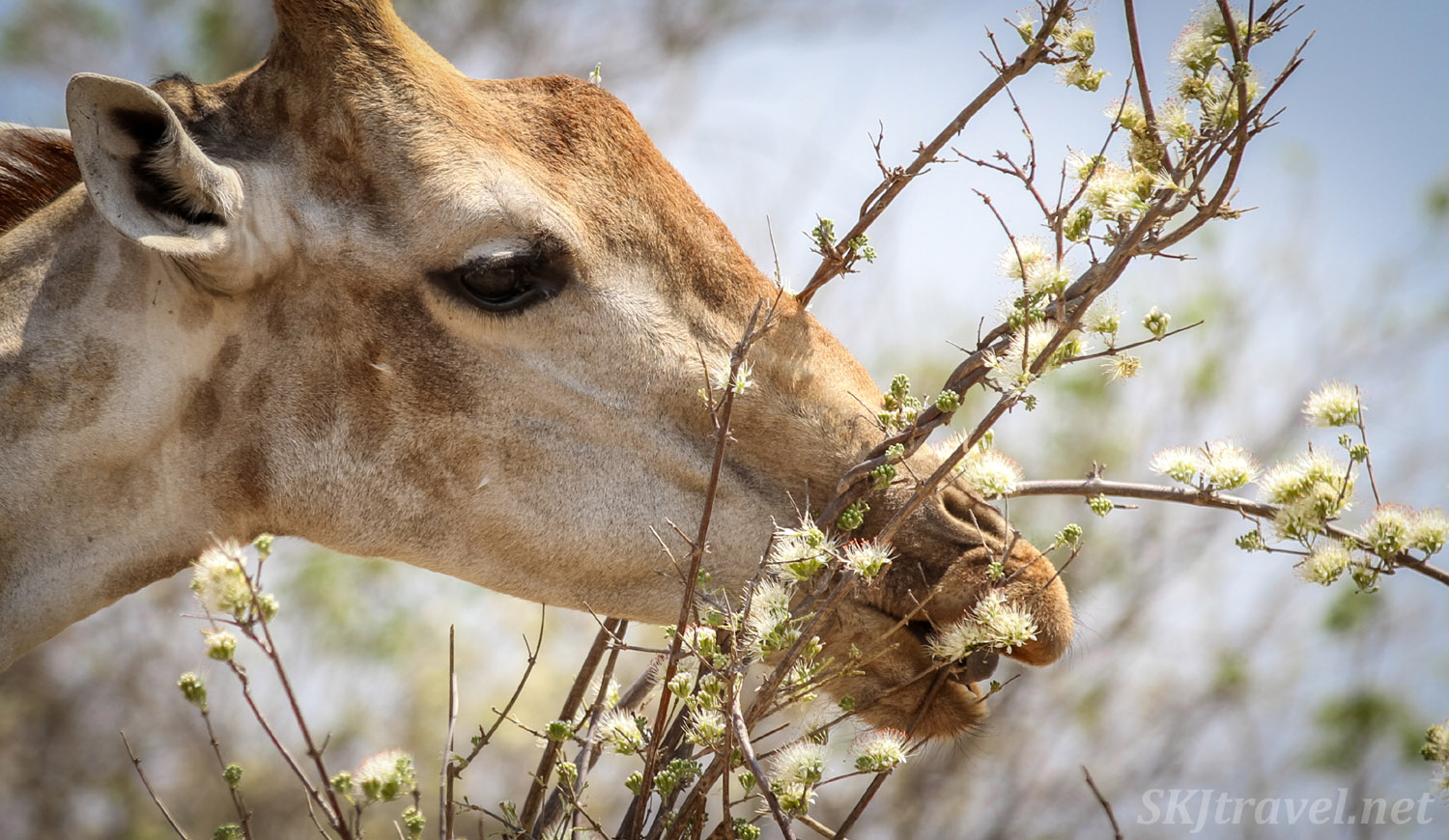 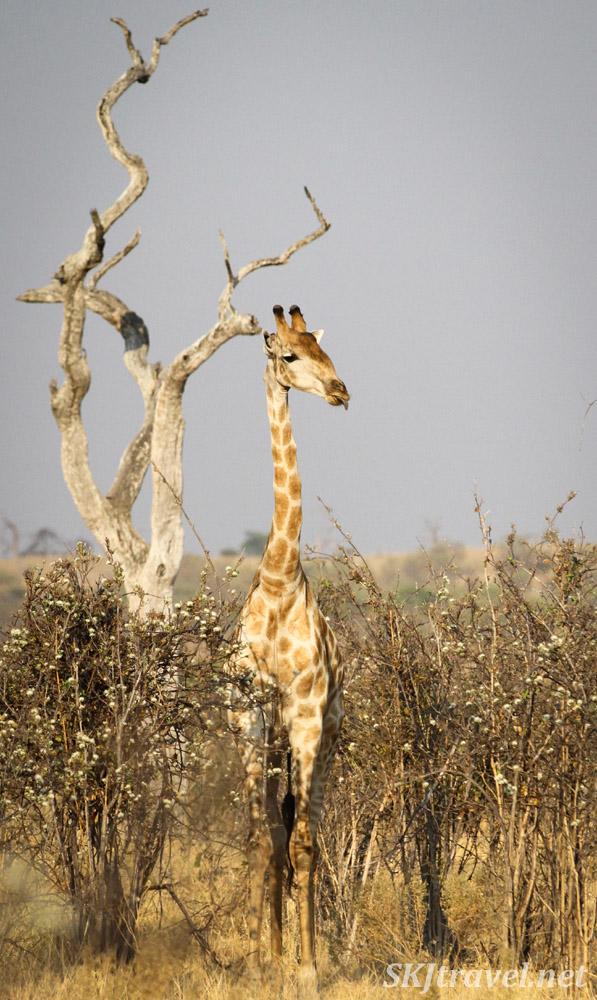 My favorite African bird ... really my favorite bird, period ... is the lilac breasted roller. We had some gorgeous lighting on it one morning. 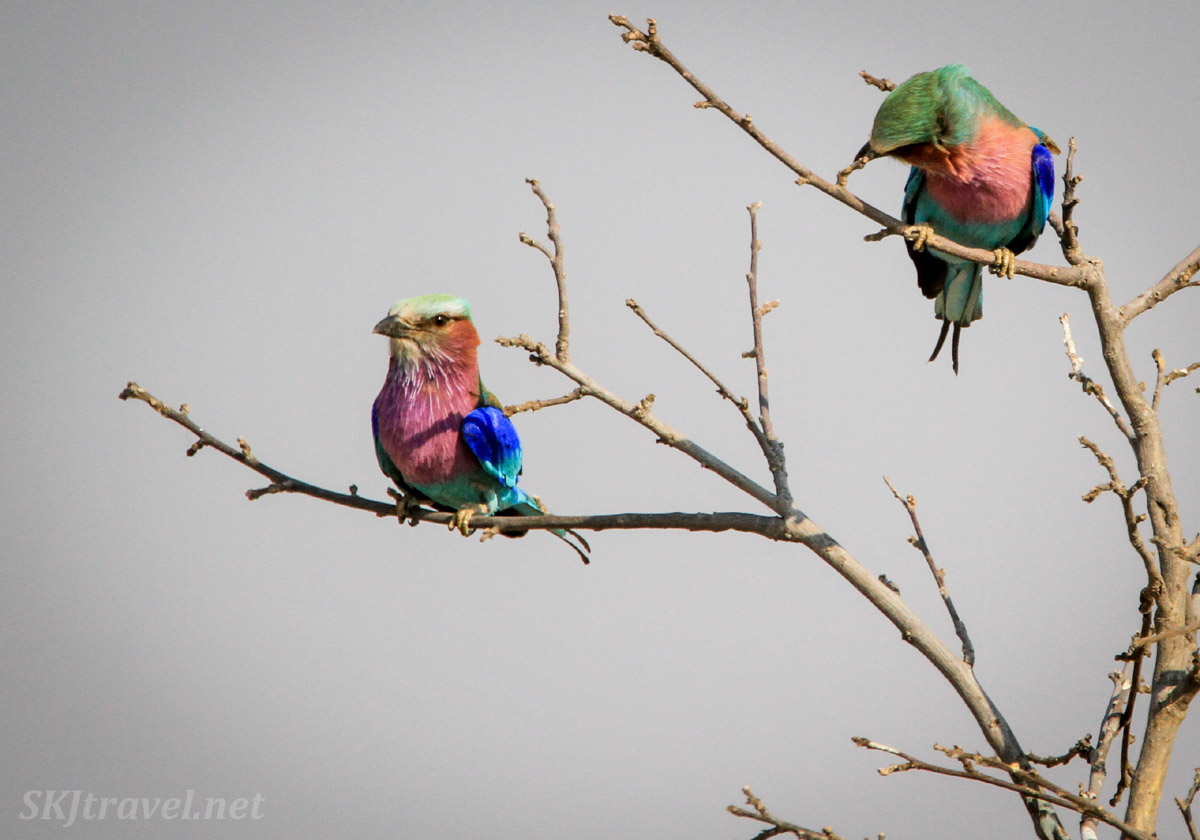 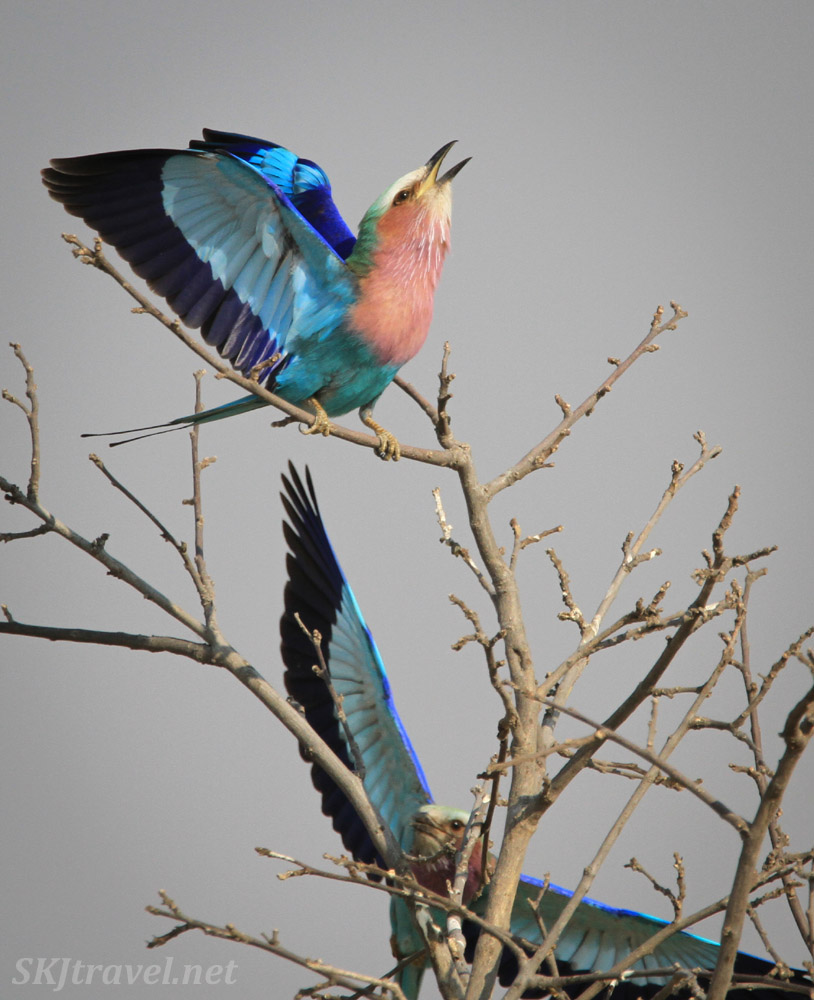 Here's a new bird for me, a korhaan doing a mating dance for a rather unimpressed female. Our guide said he'd never seen that bird in mating form before. It was hilarious to watch him chase the female around and subject her to watching the big red bloom open up on his head. She just didn't care and would scamper off, only to be pursued and re-subjected. Poor guy. I personally think his flower-like hat is rather dashing! 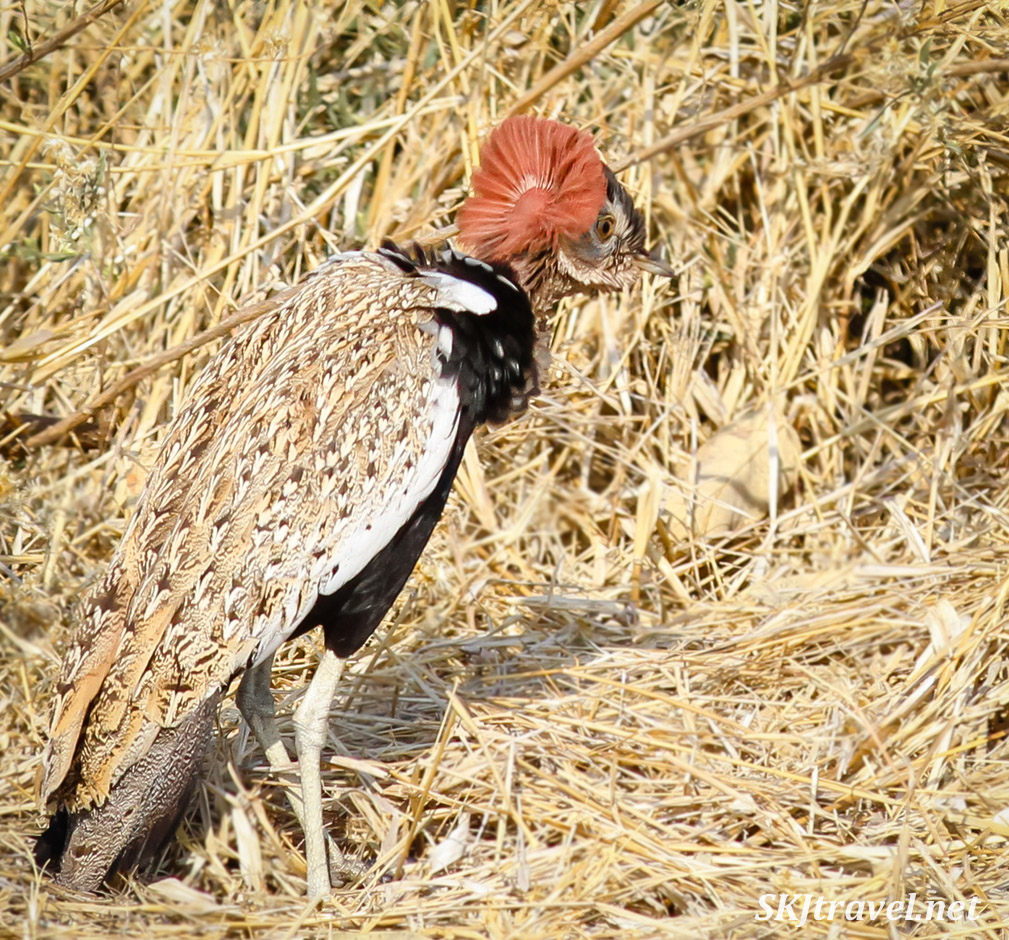 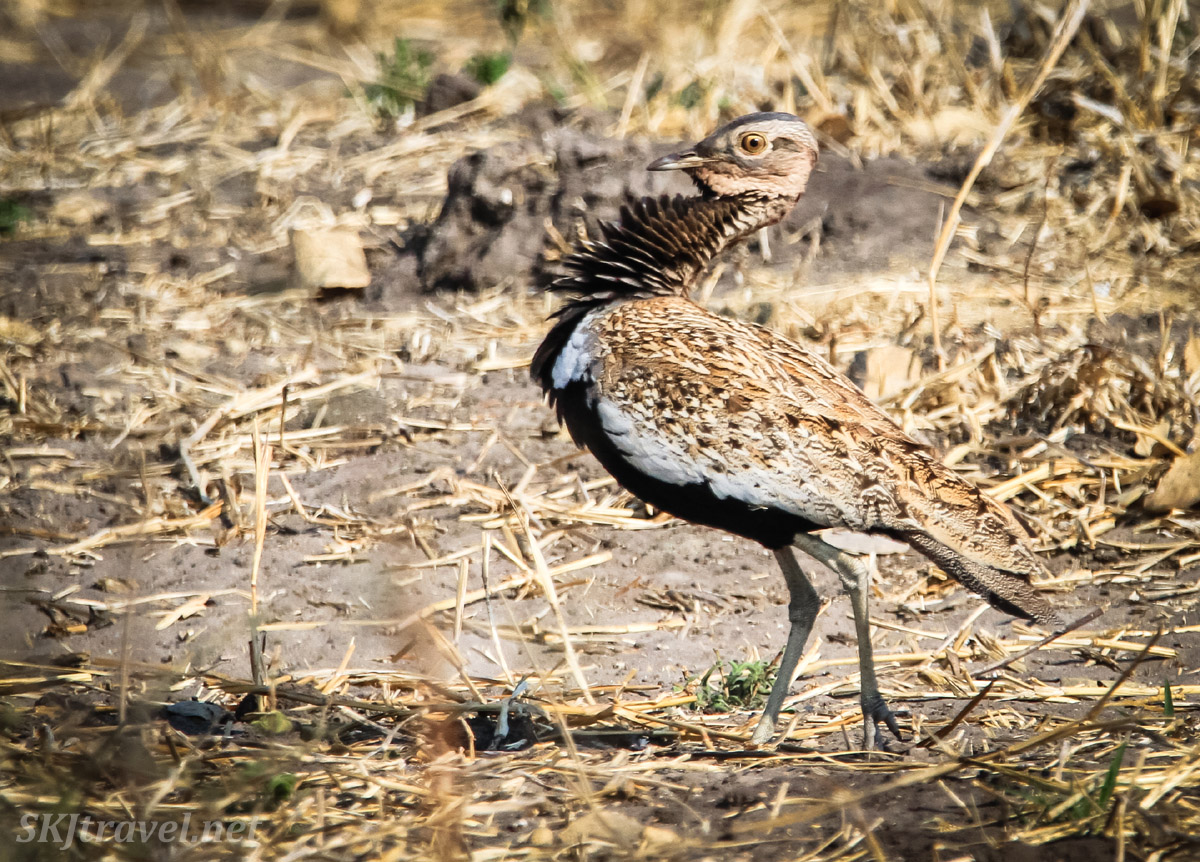 Savuti was the second place we witnessed the grace and intensity of a leopardess (read more about that amazing, magical experience HERE). Here are a couple more shots of her. 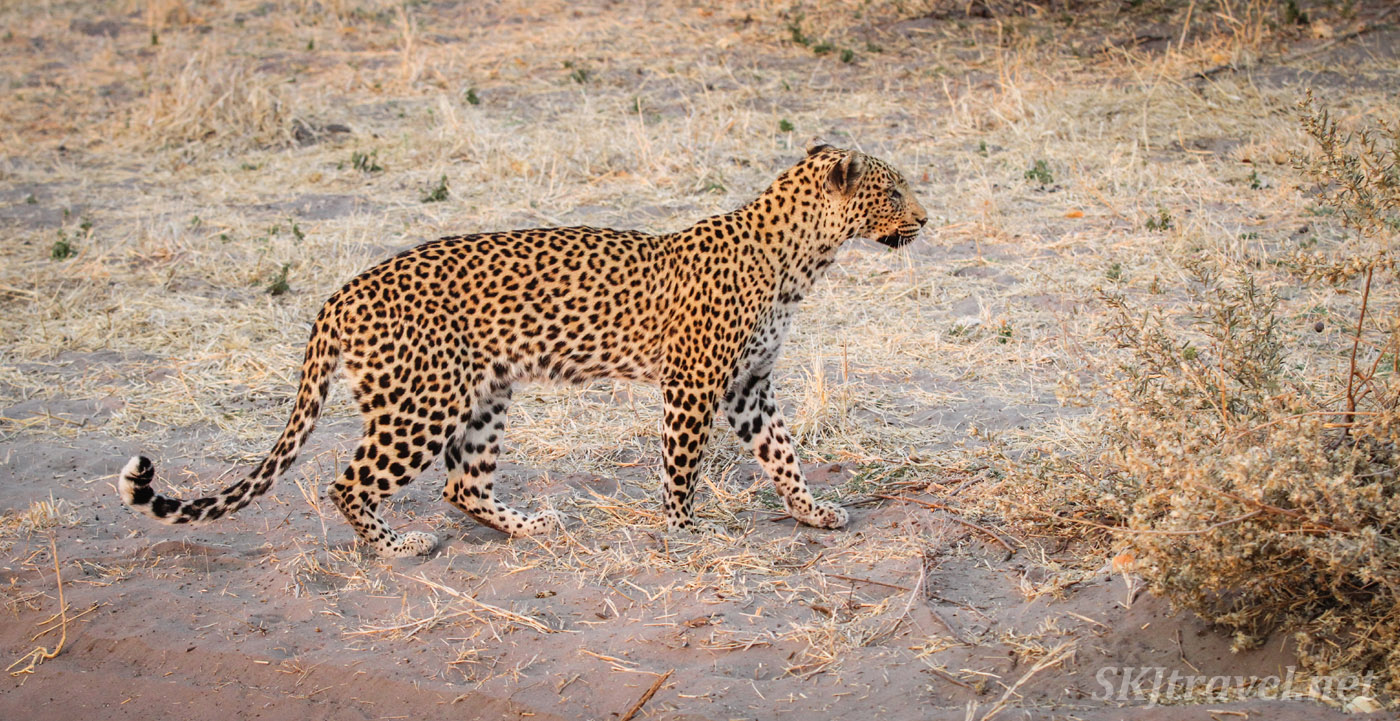 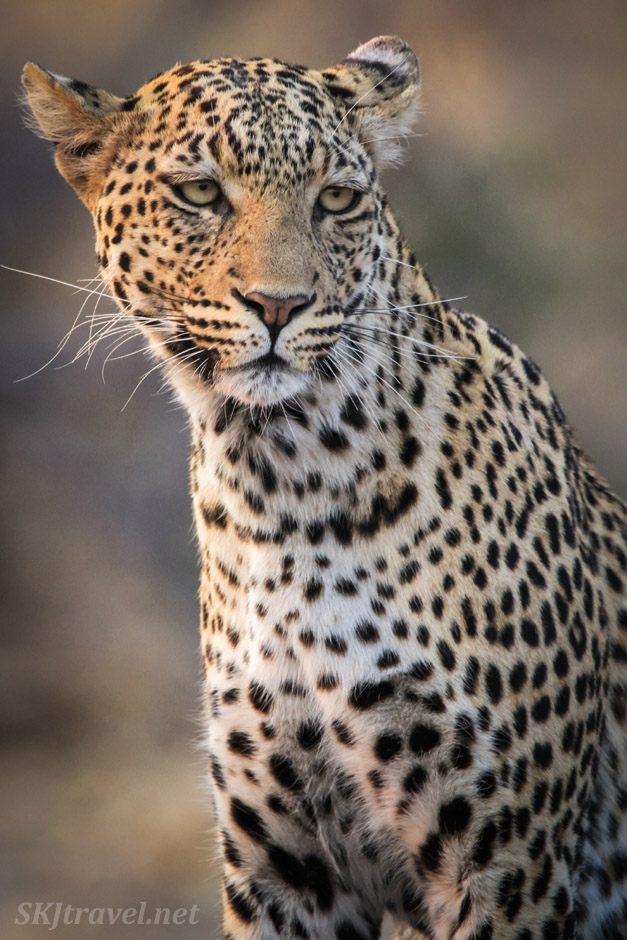 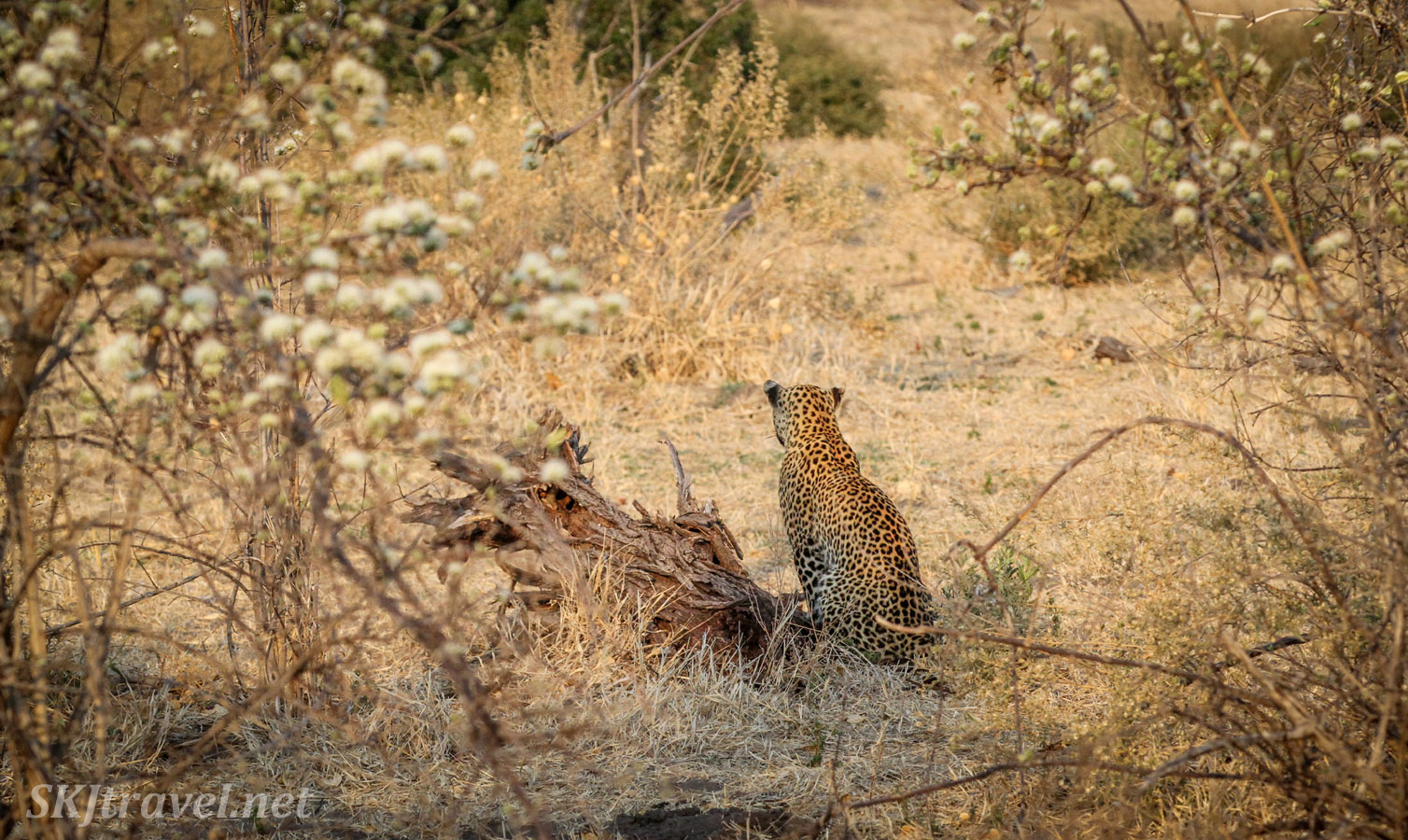 The terrain in Savuti was more rugged than the other parks we visited in the Okavango region. Can you pick out the elephants here walking up the rocky hill? Not the typical landscape for an elephant. 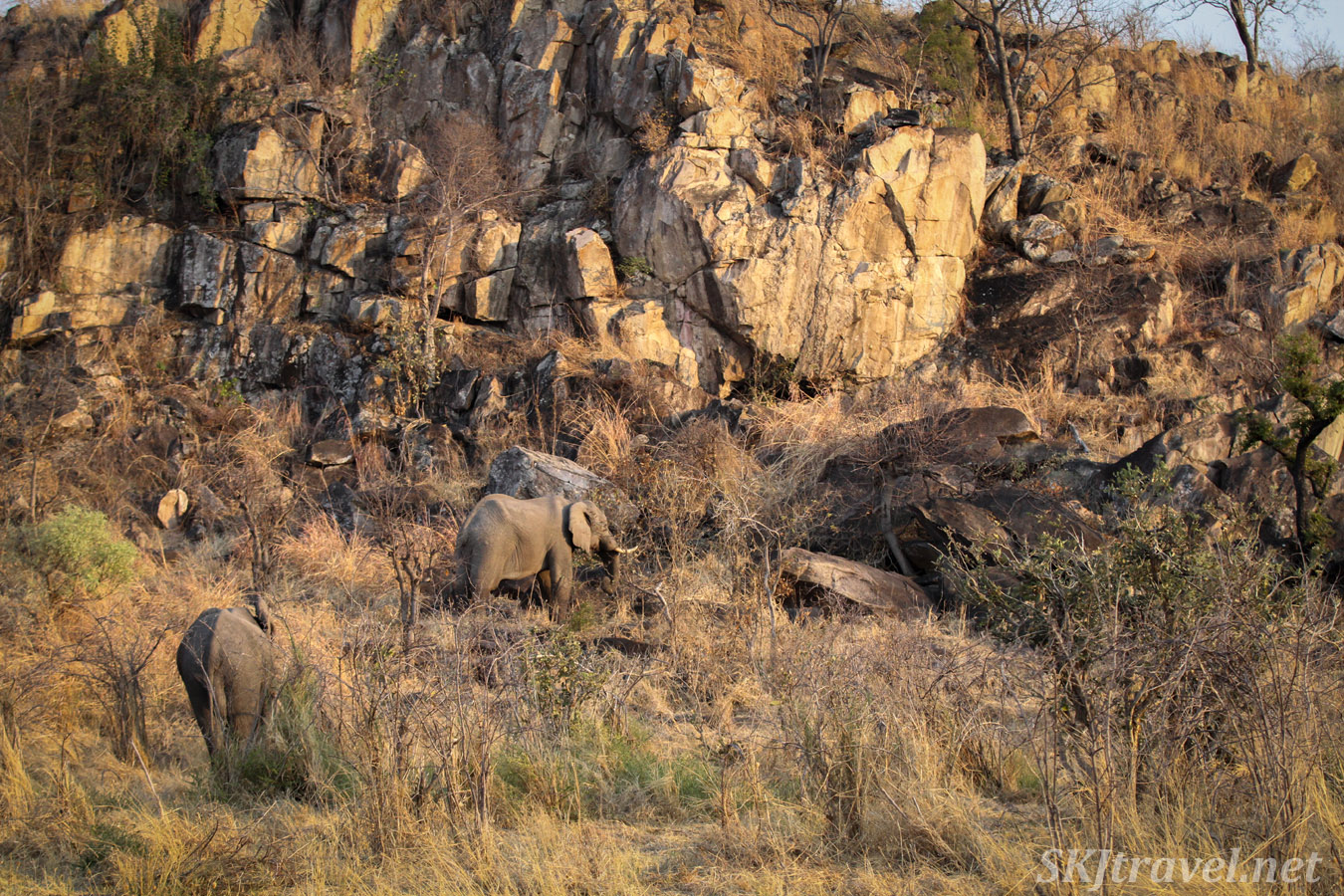 This little elephant on the side of the road says, "good night!" 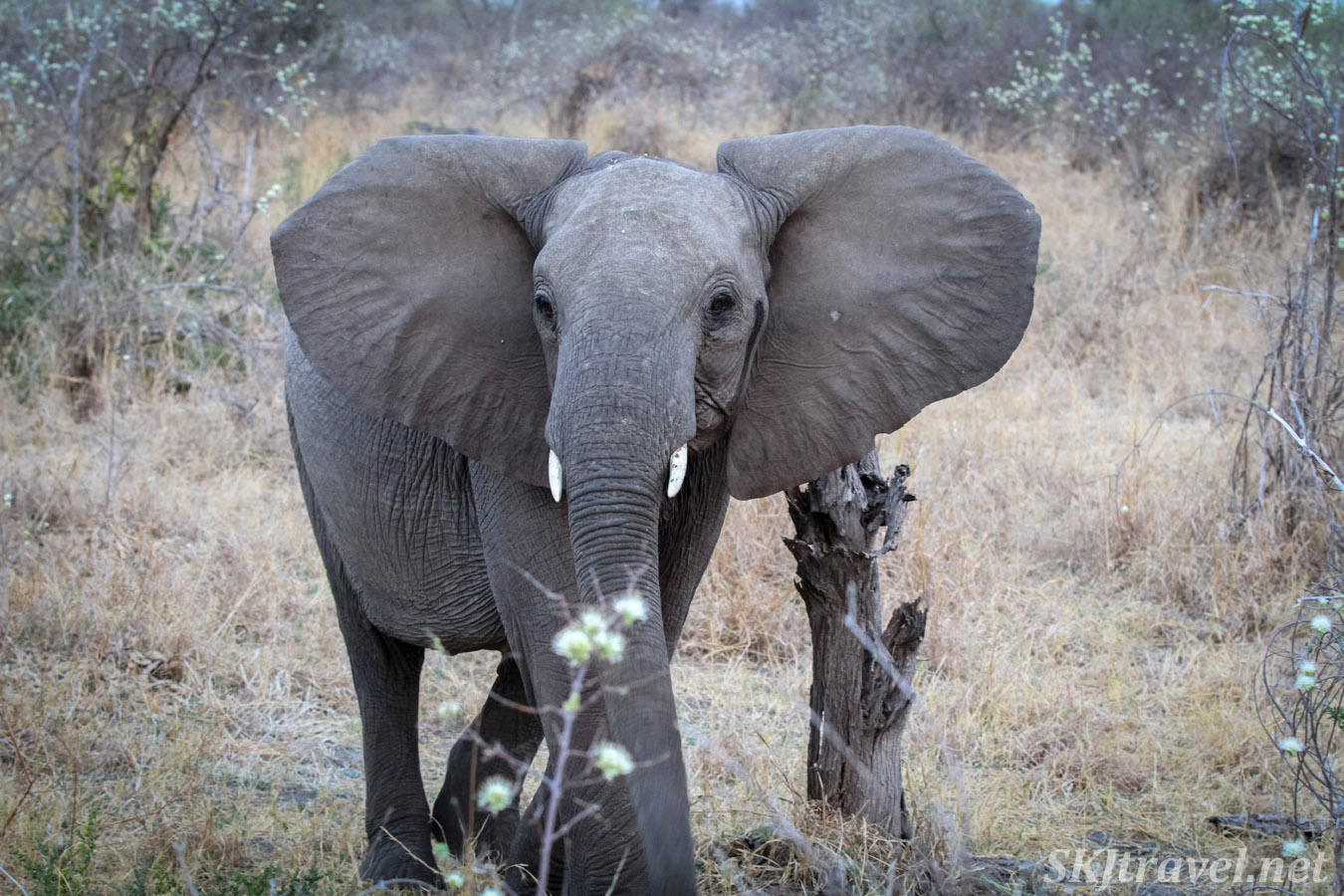