A post of photos. Electricity has been out for ages. Now it's back on, but am a bit tired, a bit full of beer, so without further verbal ado ... here are some chimp pics.

(1) The duet of toddlers. (2) Just like brother and sister humans, these 2 antagonize and provoke one another into playing and rough housing ... they could hardly be more human. (3) Fun with tires. (4) Tired little chimp after so much picking on his sister. (5) Playing with my hands. 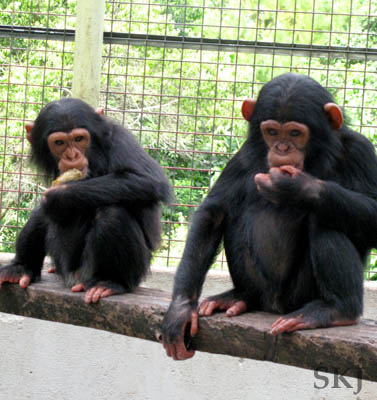 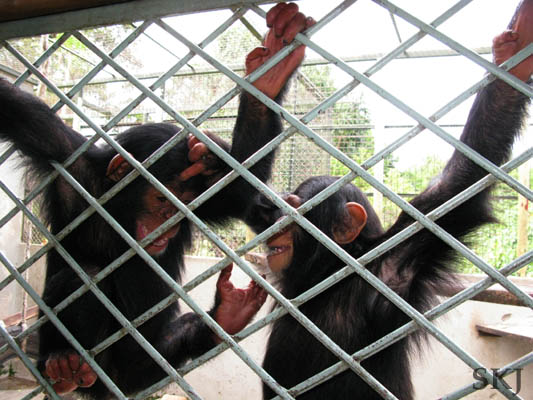 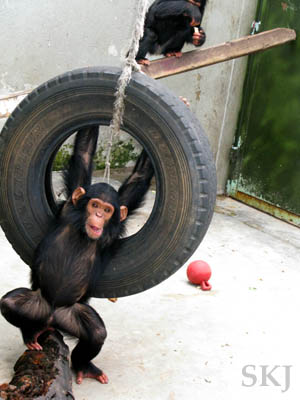 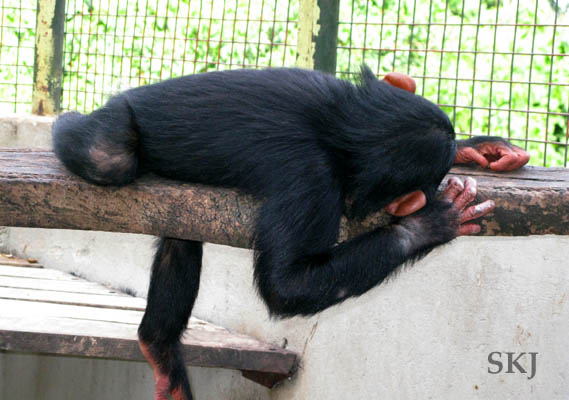 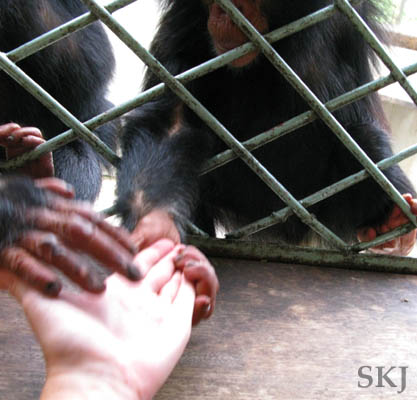 A series of photos depicting the unlimited fun one can have with a metal bowl. So cute watching the progression of interest and ideas of how this thing might be used. Does this routine happen every day? A new epiphany every 24 hours? I have no idea. But it was ridiculously cute while I witnessed it. 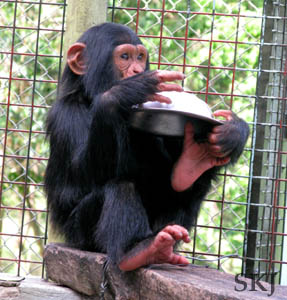 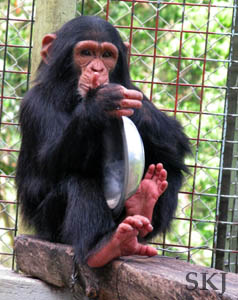 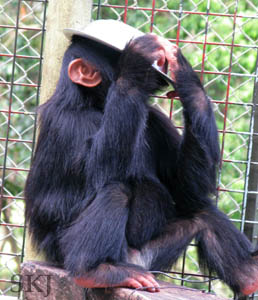 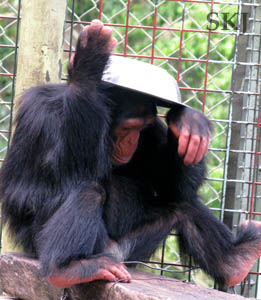 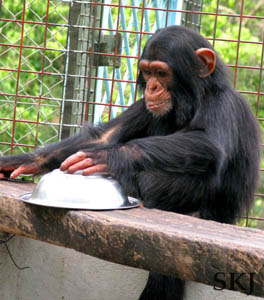 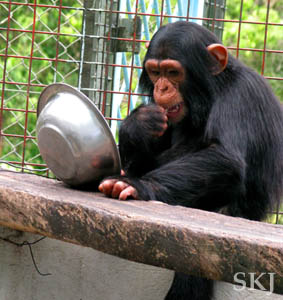 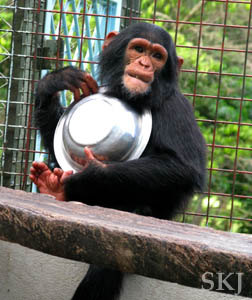 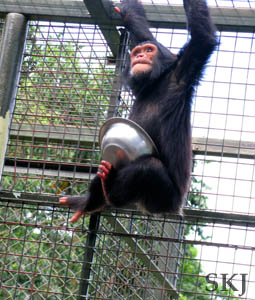 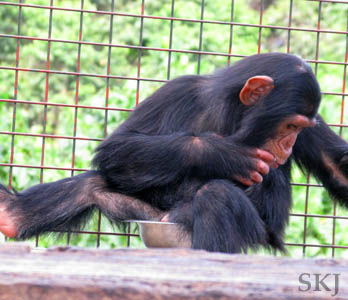 It's hard to tell, but in the above photo, the dish is actually on a narrow ledge ... a pretty precarious spot for one to be sitting in a dish upon. And sure enough, about a minute after I took this photo, dish and chimp both came tumbling down with a great clatter and much surprise on the chimp's part. Priceless.