Enrichment for the animals at the zoo:  I’ve received some witty little remarks on what this might mean … picking pockets and such. But no, enrichment is activities for the animals outside of their normal day-to-day lives that will challenge their sense of curiosity and intelligence and lend some playfulness to their lives. With such a small budget as the UWEC has, this is typically the first thing to be discarded from the budget when funds don’t meet the requests of each department (i.e. chimps, mammals, birds, hoofstock, etc.). If you subscribe to my blog (button on right) you’ve heard about some of the extremely low-budget methods we’ve used for the chimps. The keepers care about the intellectual health of the animals, but the funds simply don’t exist.

With the kind donations I’ve received from readers to support the UWEC, one of the things I bought was some clothes for the chimpanzees. It’s known that primates in zoos/centers are entertained by this material. Steph, the other American volunteer, and I went to market and bought some used clothes. The vending ladies of course were trying to pick out outfits to our size, but we had to explain we were buying clothes for someone else who was very large … we felt a little bad that the ladies were going to the trouble to match shirts with the skirts, but we didn’t have the heart to tell them not to bother, that we were giving them to a bunch of chimpanzees.  … So the chimps have some nice matching outfits to play with.

The introduction of the clothing was a particular hit with the two youngest chimps, Nepa and Onapa. My two favorites, as it happens. (Matoke, the alpha male, is also a fav.) They had a blast playing with them, and later other chimps took up the clothes. But Onapa in particular was quite hysterical to watch. We were in stitches over his antics. You know when you’re extremely stressed or sad or anxious and can’t deal well with things, you go to your “happy place …” well, my new happy place is remembering Onapa and his skirt. Some photos below, but it’s hard to capture the energy and vibrant curiosity. Onapa is such a character anyway. He loves to put the clothes over his face and then walk around. I don’t know if he can see through the clothing or not, or if he likes to be blind as he feels the world around.

So the clothes were a hit; I plan to buy some more to keep in the chimp house for the zookeepers to hand out occasionally over time, when the current ones finally get destroyed. There are still recognizable remnants now, a little over 2 weeks later.

I’ve returned (to the UWEC) from traveling around the country a bit, and yesterday I went to watch the chimps at their afternoon feeding. They were particularly rambunctious, as if putting on a show just for me. The other 2 keepers and I were just laughing and laughing. My heart was swelling with affection for these guys. What will I do without my daily dose of chimpanzee? Enjoy some shots from the clothing introduction. 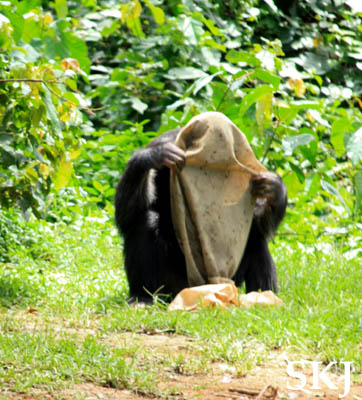 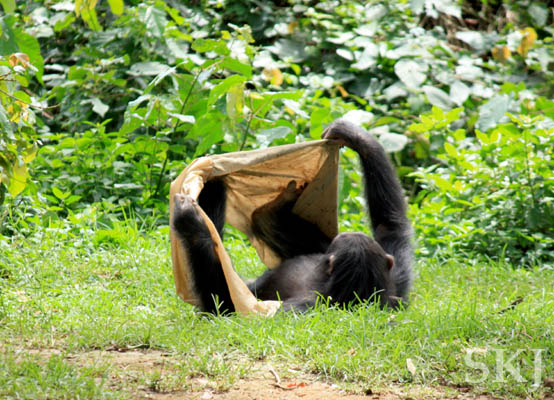 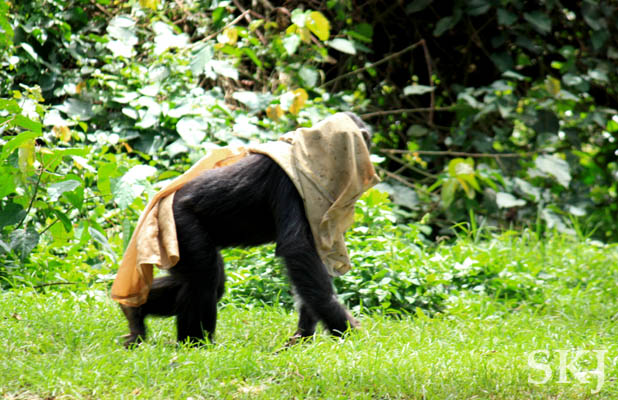 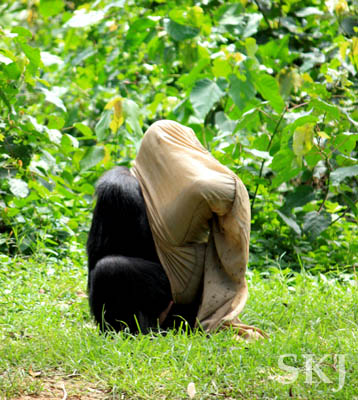 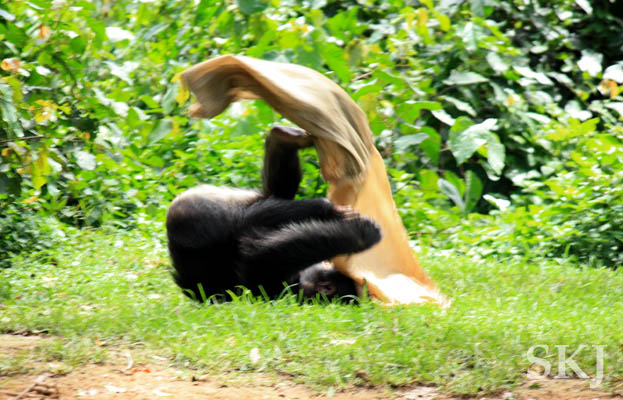 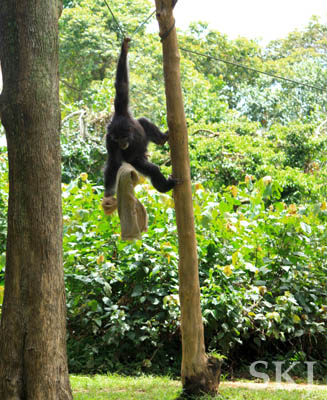 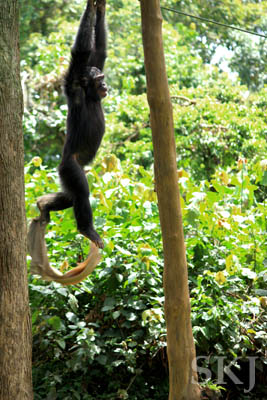 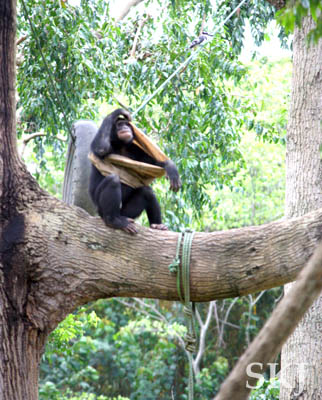 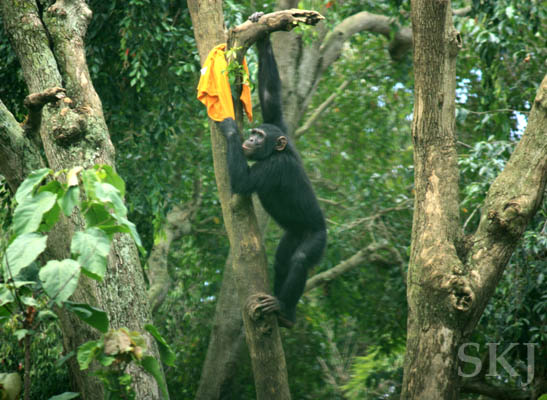 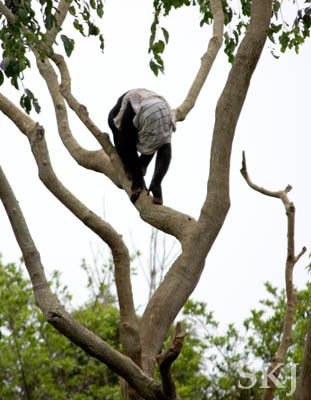 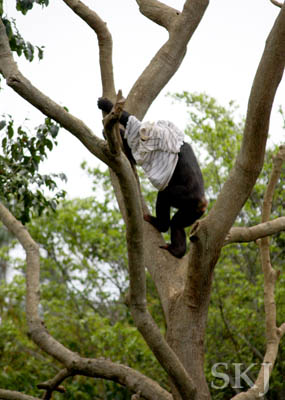 Time to discuss this in committee. 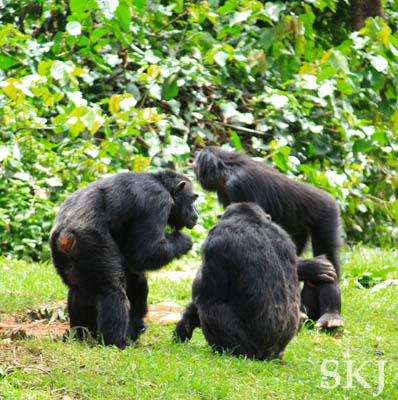