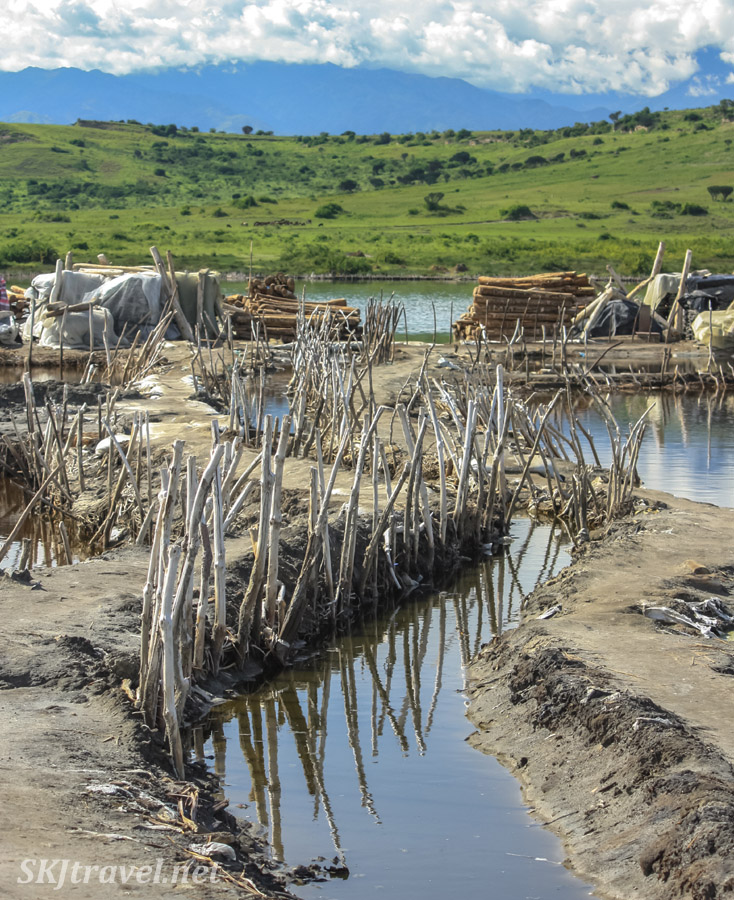 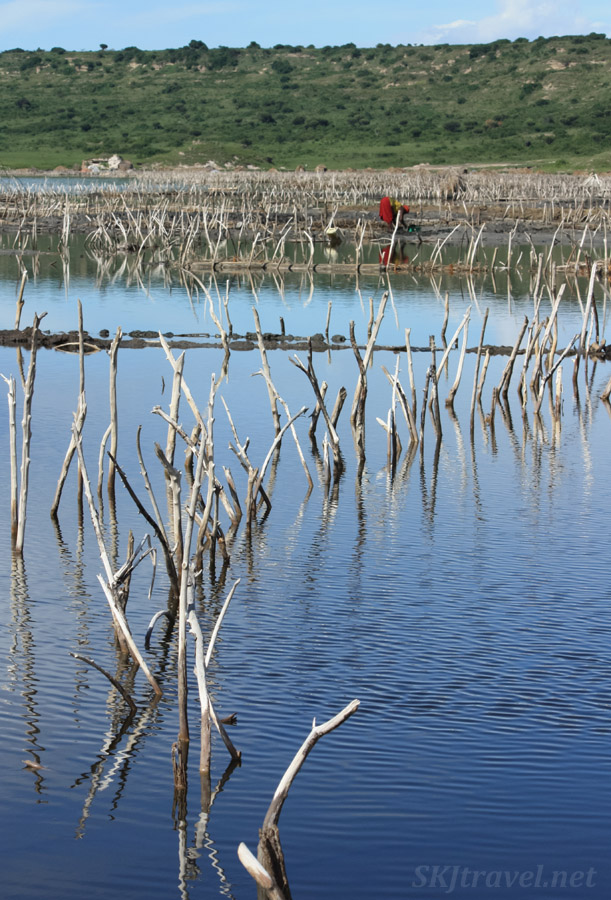 The handful of structures on the lakeshore suffer constant corrosion, as do the bodies of the workers. Their skin becomes like crocodile skin and they suffer from dehydration. In recent years, as the government finally paid attention to the health issues, they have started a campaign to educate the workers on the measures they need to take to stay healthy.

A tourist cannot visit the salt lakes unaccompanied by a local guide. You stop at the tourist building, find the nearest adult or responsible-looking kid to go look for the guide on duty that day, wait in the sun for him to show up, and then he takes you around. The money you pay for this service provides the education and supplies the workers need to safeguard their health. 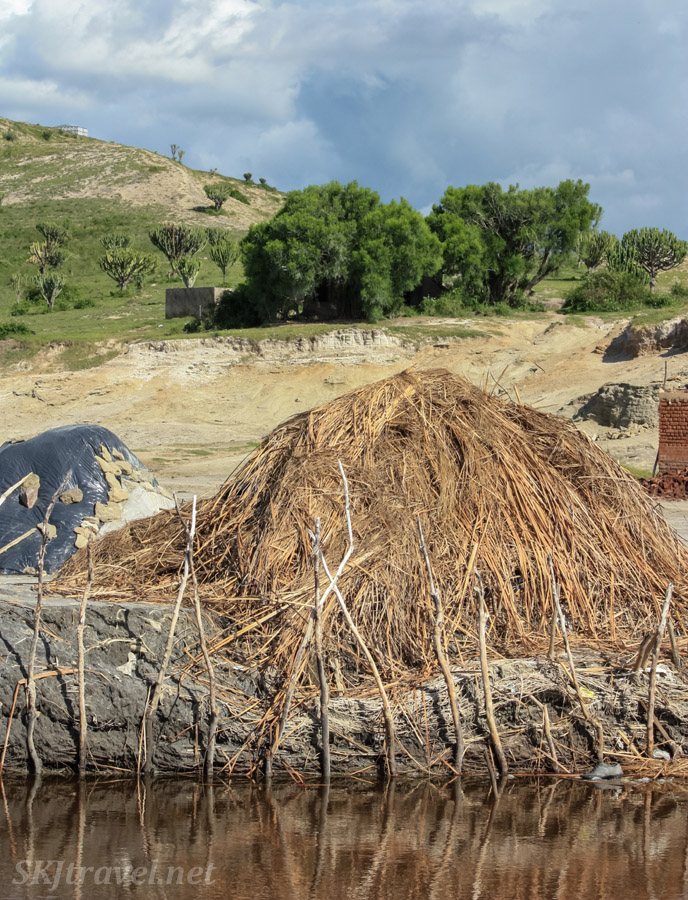 #3: if you are a man, first, if you are not already, you are highly advised to get circumcised. Salt water consistently hanging out in the folds of this nether-region causes unfortunate problems as well. But even so, the man’s treasures remain endangered by consistent exposure to salt water. So, the natural course of action became to fit themselves with a condom each morning, and part of tourist money buys the condoms. “But the condom was invented for another type of activity,” Kasim reminds me. So how to put on this part of the worker’s uniform each day? At first, the recommendation was to pleasure one’s self sufficiently to ensure a proper fit. But when this is actually part of your daily job, apparently the novelty wears off and the men looked for an alternative. Kasim then performed for me a reenactment of how the men stuff their entire package, balls and all, into a condom and seal the top with a rubber band. This charade was completely hilarious. I would love the opportunity some day to be playing a charades game and to draw the card, “salt lake worker,” and perform Kasim’s rendition of stuffing my goodies into a teeny tiny bag. 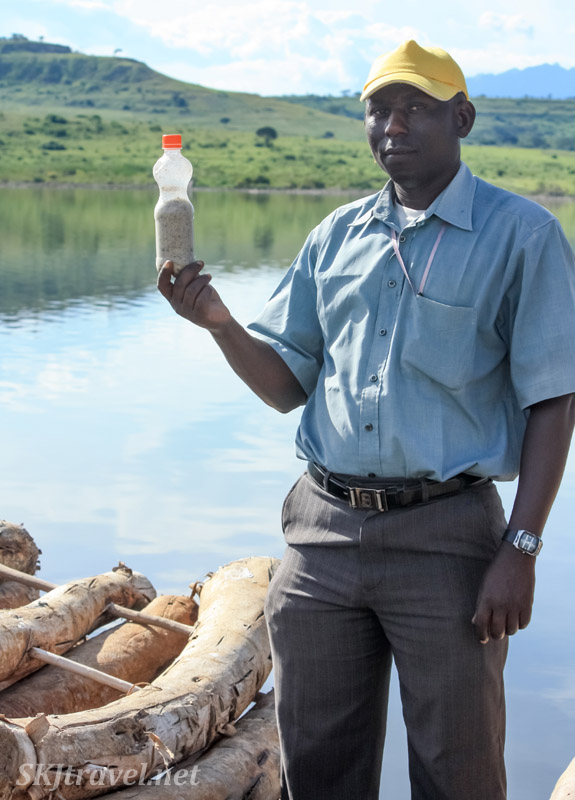 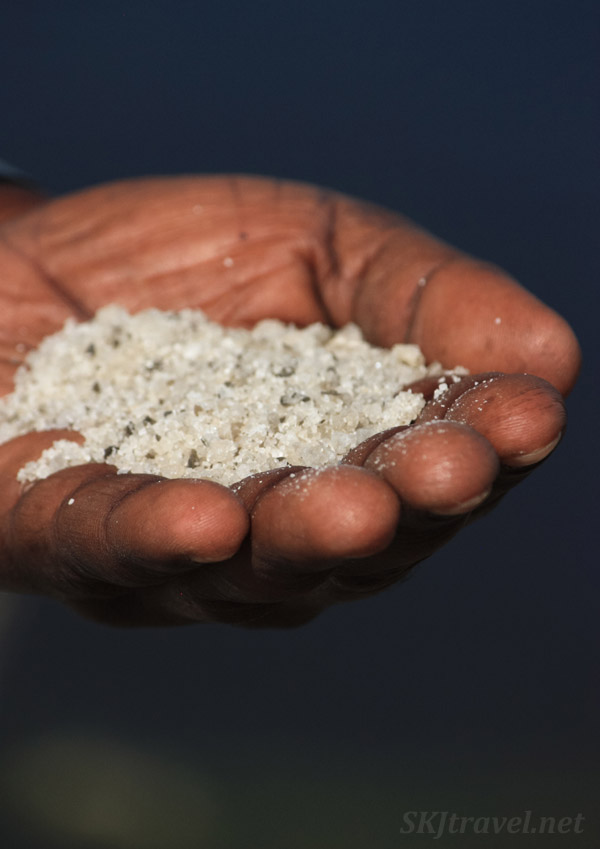 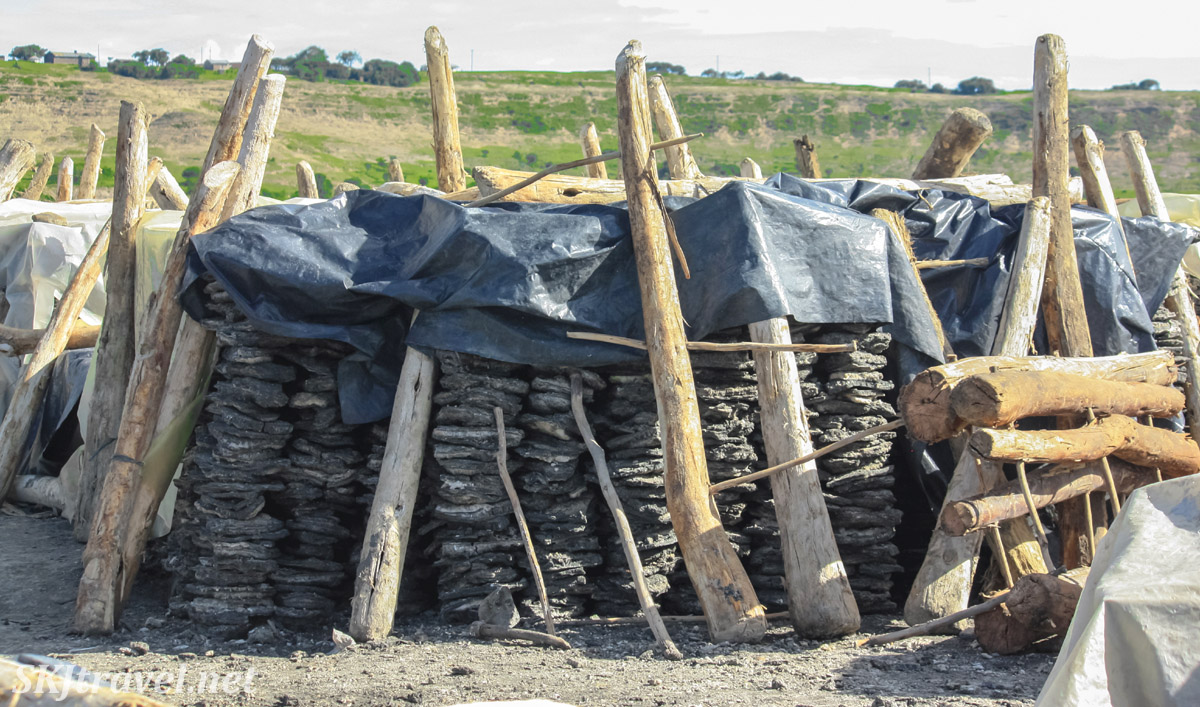 After this surprisingly entertaining tour of the local salt production, we went to another lake where the migrating flamingos were just arriving. Literally only the day before, the first ones fluttered in. Apparently, in a few more days, the lake would be completely covered by the flamingos’ annual Occupy The Lake movement – wall to wall feathers. Amusingly, there was one line moving in from the right side of the lake, and one line moving in from the left. In the middle of the lake they met, and turned to walk toward the back of the lake. I don’t know if there was any sense to this choreography, or if they were just milling about in a coincidentally organized way. I would love to have seen the full mass of birds, but it was still cool to watch the frontrunners arrive.

A little postscript here ... Kasim asked to exchange email addresses and asked me to send him the photo I took of him, above. After I returned home, I did so. I never heard back, but wasn't surprised or disappointed ... I imagined his use of email was extraordinarily limited. About 6 months later, I got an email with the subject "from Kasim." I almost disregarded it as junk, and am so glad I didn't because it was Kasim writing me: "I just wanted to let you know that the flamingos have returned to the lake. Hope you are fine." I couldn't believe he'd remembered me and wrote to tell me of the flamingos! I was a bit touched.