Sarah was considered my namesake, even though it's not quite my name ... we deemed it close enough. Part of my fondness for Sarah comes from knowing the situation she came from, and seeing what a sweet soul she is makes me thankful each time I look at her that she was rescued. She arrived at the UWEC in terrible condition, confiscated from traffickers at the airport, she had belonged to a witch doctor. Some doctors use chimps in their medicines, taking clippings from their hair and other things. Sarah had been kept with a rope tied around her waist. When I learned this, I thought back to the witch doctor I’d visited in the Rwenzoris, with the colobus monkey skin around his chest and leopard-skin floor mat. I liked the guy; I just really hope he has never owned a chimpanzee in this way. 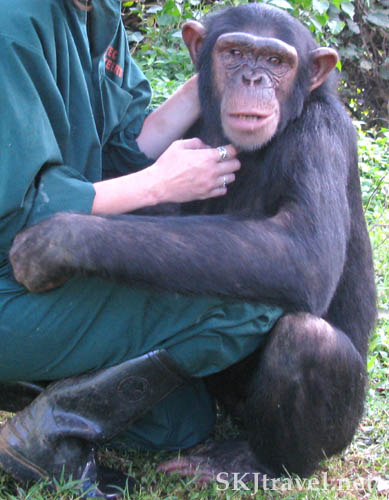 Sarah is Nepa’s primary playmate. She also stole a piece of my heart when I was on the island with her. Even though she is older than Nepa, she was much gentler than the little romper-room chimp. Sarah is long and lanky, and though strong, she moves with a subtle fluidity, almost languid, that reveals her gentle nature. If Nepa wants something, she might poke you to get it. If Sarah wants something, she’ll apply gentle but steady pressure to get it. 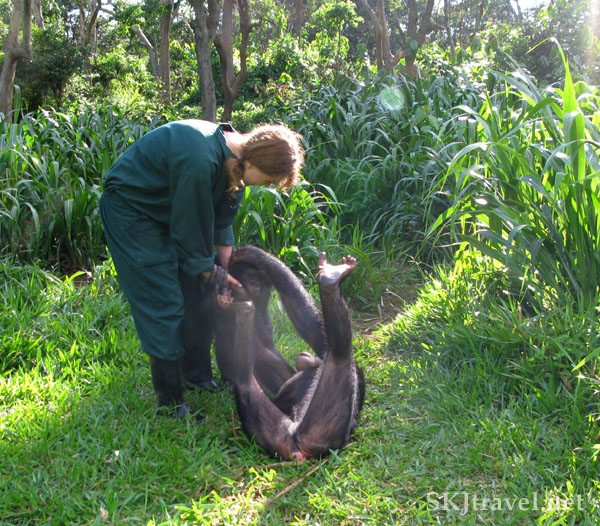 What a goofy girl!! 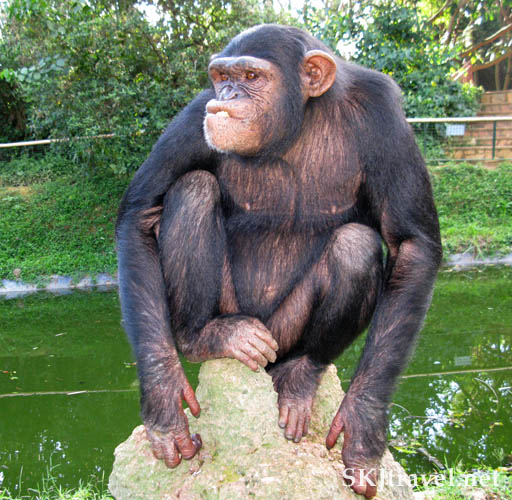 Sarah is so friendly and gentle, it breaks my heart to think of her tied up with a rope. She is a hoarder, much like Matoke. She doesn’t bully her way around to get all the food like Matoke, she is far more subdued and sometimes is extremely passive and fears to come forward to get a treat that is being thrown for her. She scampers around like a little mouse collecting food. When her hands are full, she piles more in the crook of her elbow like a basket; when her arm is full, she tucks food under her toes until she can hardly walk, hobbling back toward the bushes on her heels where she can dump her cache and eat. 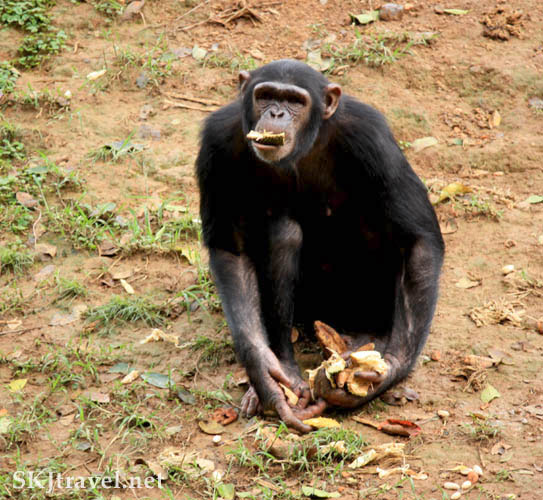 I noticed that she often sits with other chimps while they are eating. She is never aggressive, never tries to steal their food, simply sits with them, occasionally eating her own food as well. None of the other chimps ever seem to mind her sitting there while they eat. It seemed that she and Pearl were to be found together especially. Below, Pearl left, Sarah right. 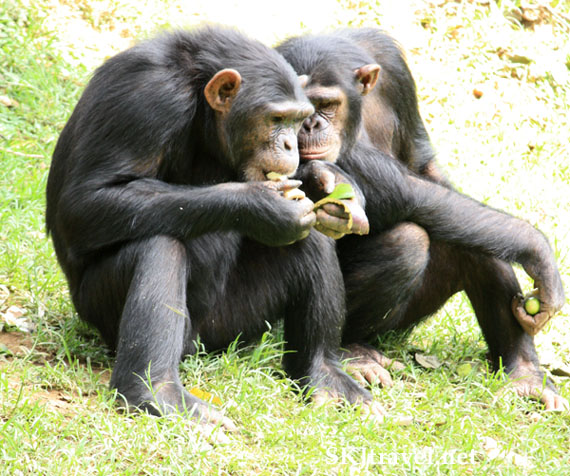 According to the zookeepers, Pearl has been seen sucking nectar from flowers! I think that’s so cute. Pearl is an easy one to spot because of her habit of clapping her hands together loudly then stretching her arm and holding her hand out. It gives the impression she is a very impatient little chimp, always wanting something NOW. The zookeepers say she simply wants attention, though a nice piece of jack fruit in that open palm would be greatly appreciated. 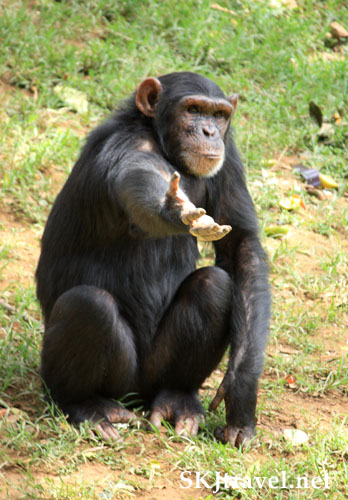 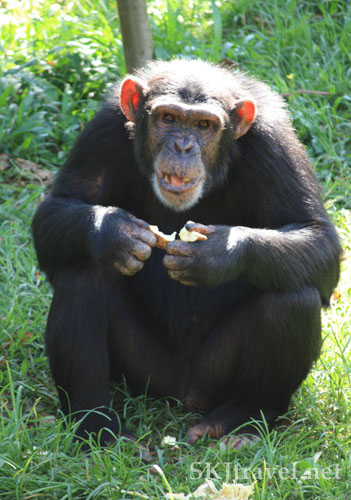