Chimps and Patas - Residents of the UWEC

Mostly just some photos for you today of the guys I'm helping take care of. Here is a selection of the sweet chimps in their daily life at the center.

These first two photos are of Nepa, the youngest chimp of the group. 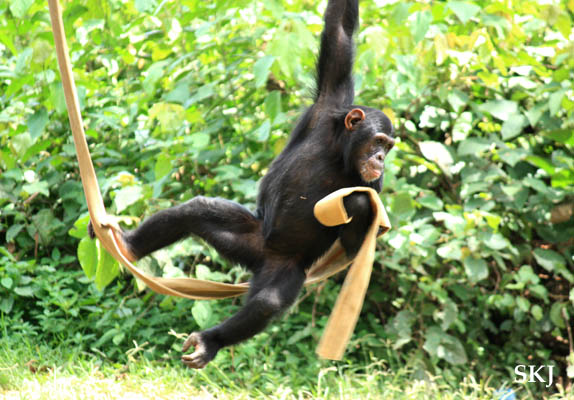 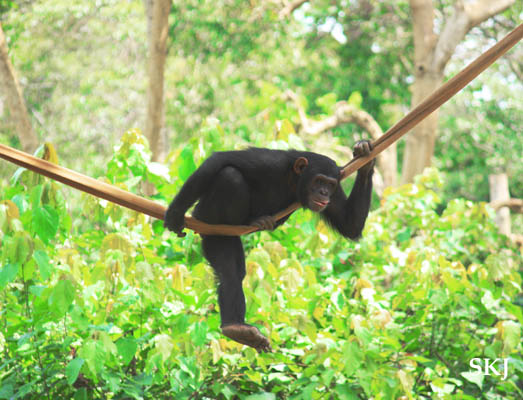 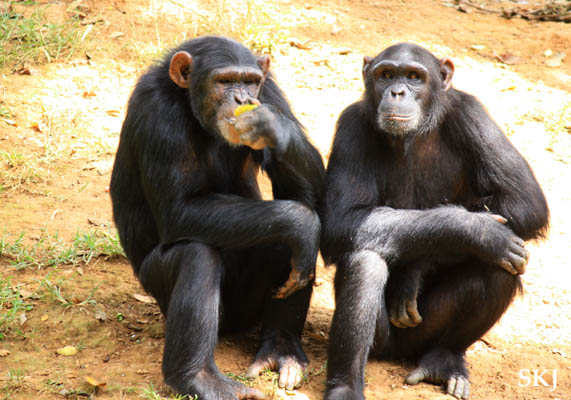 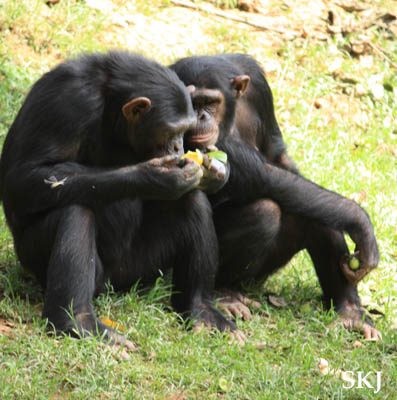 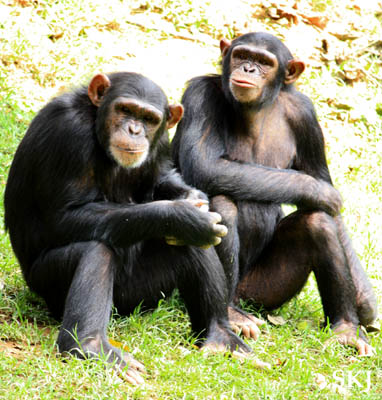 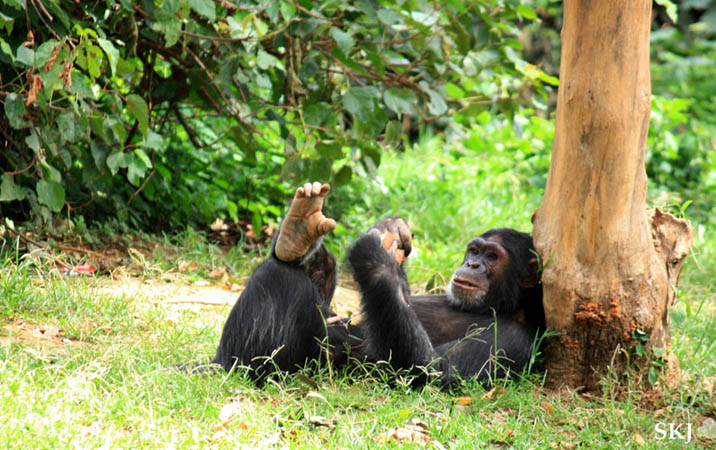 Pearl always clapping hands and stretching out for food and attention. Another silly chimp likes to make farting sounds with her lips. 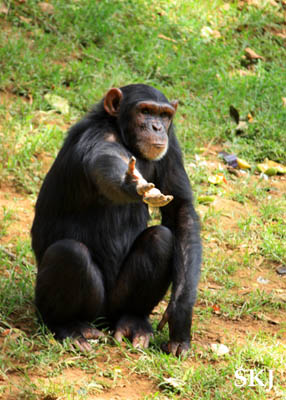 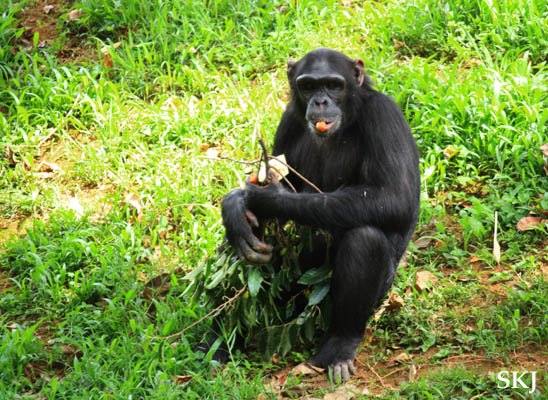 The chimps have learned to use tree branches to reach out into the water and retrieve fruit that has fallen in the moat ... from say, a girl who can't throw worth a darn ... (you see, I'm merely contributing to their intellectual enhancement ...) 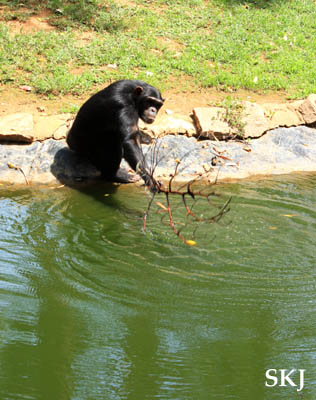 These are the patas monkeys that I feed each morning, as I have only to clear a ditch with my throwing arm. They are super cute, though the alpha male is really a bully. I try to target the other monkeys so they can get some food without him trying to hog it all in his greedy little monkey hands. ha. 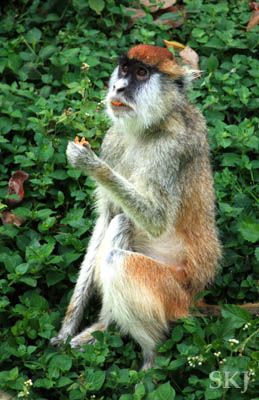 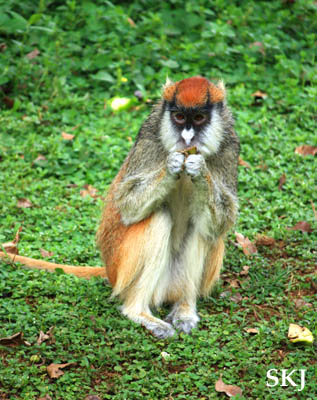 The patas share their enclosure with some oribi ... a female, male and a young female and young male. 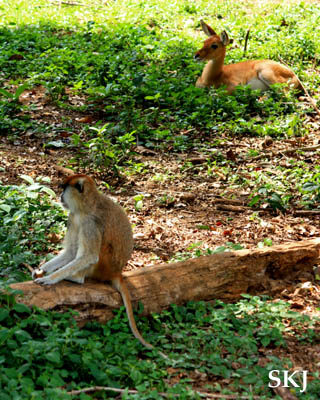 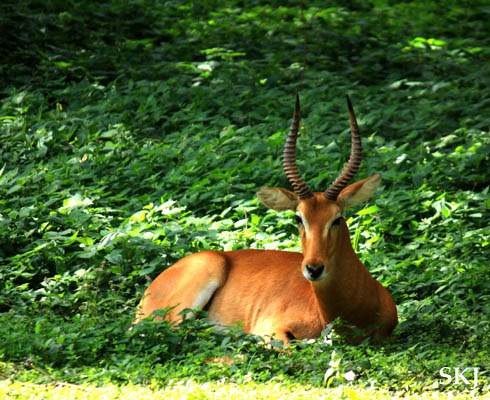 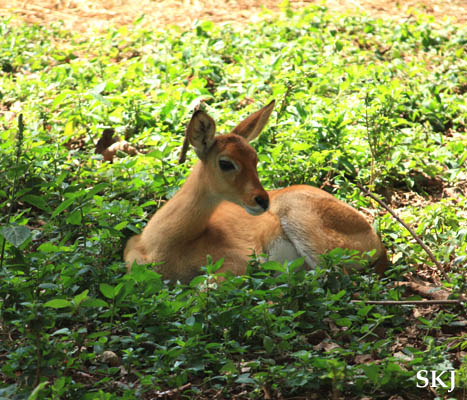 Very funny exchange with a patas monkey and the young male oribi today. The monkey started chasing after the oribi and at first the oribi was sort of cowed, and backed away. Then suddenly it occurred to him that he had some little horns and hoofs, and that he could probably take on this monkey. So he turned around and tried to head-butt the monkey who then fled. Then it was this game where the monkey would come up behind the oribi and touch one of his hind legs ... just totally trying to provoke him. So the oribi would turn around and chase the monkey with his head lowered trying to intimidate him with his little horns. The monkey would inevitably be the one to leave the confrontation. But then a couple minutes later he'd be back knicking the oribi on the hind leg ready to start another tussle. Was very amusing.