Porridge for the Chimps at UWEC

My favorite part of the day is feeding the chimps their porridge in the morning. They walk through a little tunnel from their nighttime enclosure to their daytime island. We simply unlatch the gates along the way and let them push them open. Then they gather at the last gate and we feed them porridge from cups. Some of them push their lips through the holes in the fence and you hold the cup to their lips and they slurp it in. Some tilt their head back and open wide, and you just pour it in their mouths. Little Nepa holds her own cup. But this is the time when you get to look at them each close up. They will stick around until you turn the bucket of porridge upside down to show them it's all gone. Sometimes they still loiter around and sometimes they're gung-ho to run outside. Onapa is a straggler. Henry says he is very stubborn. One time I accidentally closed all the gates thinking all the chimps had gone out but Onapa was still way back. He missed his porridge and almost got locked in the tunnel. We noticed yesterday Aluma has a big wound on the back of his neck. Must have gotten into a pretty good scrap with another of the big boys. But it looks to be healing fine. They really are quite well behaved and patient waiting for their porridge. Nobody gets too up in arms if the guy next to them is getting fed and they aren't. It's hard to tell if you've dished it out equally. I cannot yet tell them all apart. But I am trying to learn a new chimp each day. If I get to the chimp house (night enclosure) before anyone else, I sit with them and they stick their hands through the cages and I can hold them and play with them. This also is awesome part of a day. Little Nepa especially like to do this. 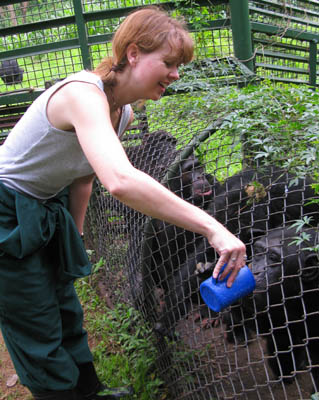 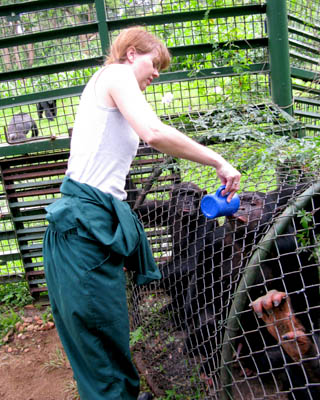 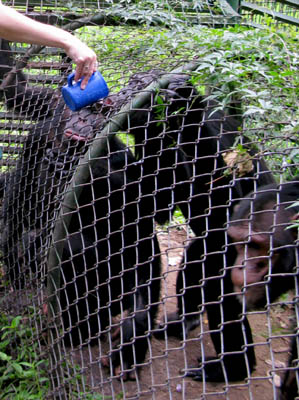 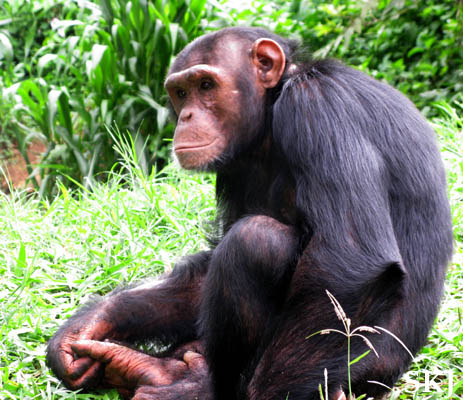 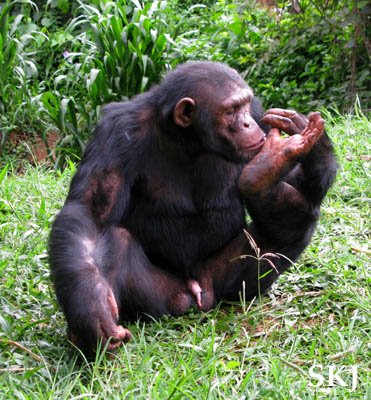 Also tried a new yummy fruit that tastes like a cross between pineapple and banana: jack fruit. 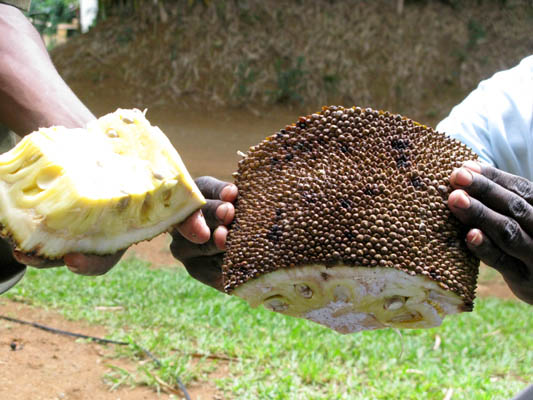