We’ve now crossed the border from Slovakia back into the Czech Republic. To put the last few days in a box and shake them into an average, it would amount probably to about a plain old “C” average. But this would not correctly illustrate the highs and low that have constituted the past few days ... pretty much a string straight A+'s and one triple quadruple F-minus. Let me recount for you ...

Erik’s birthday was a lovely day. We left the Slovak Paradise and had lunch in the city of Banska Bystrica. As picturesque a city as any. 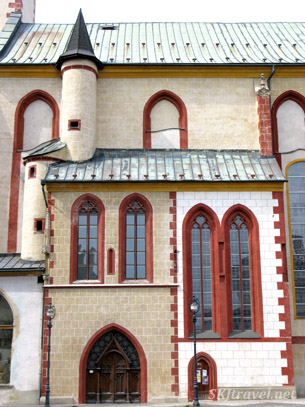 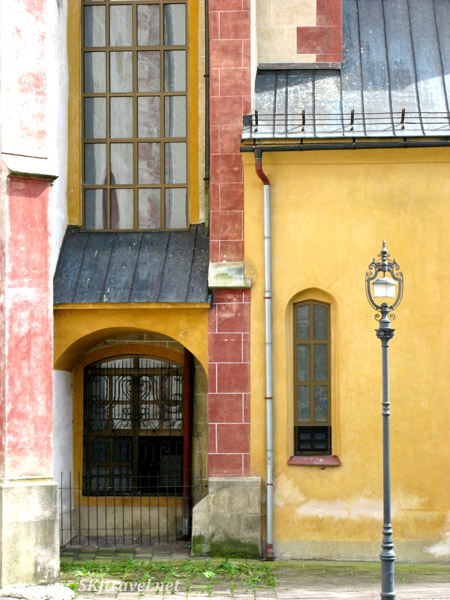 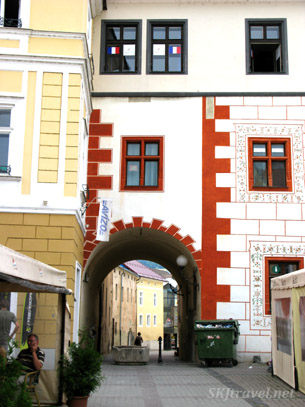 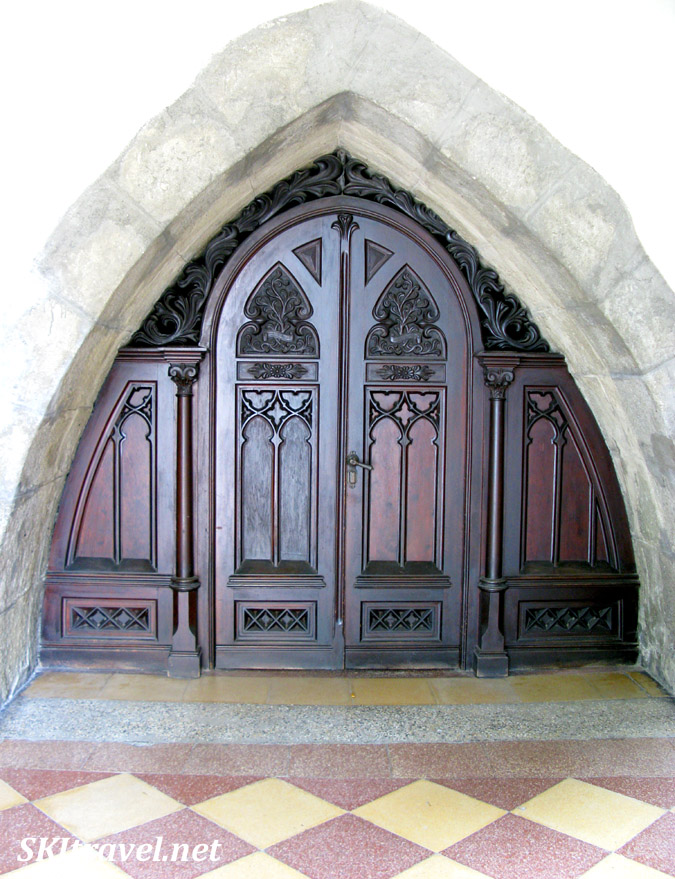 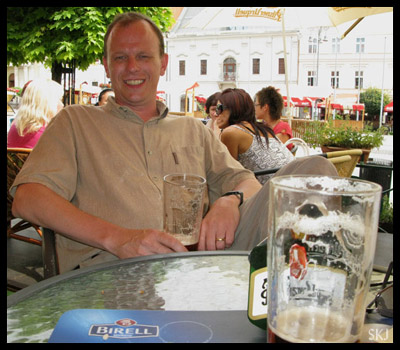 Needed to restock on ibuprofen, and it was like a scavenger hunt going from one place to another trying to find some. But eventually met with success. 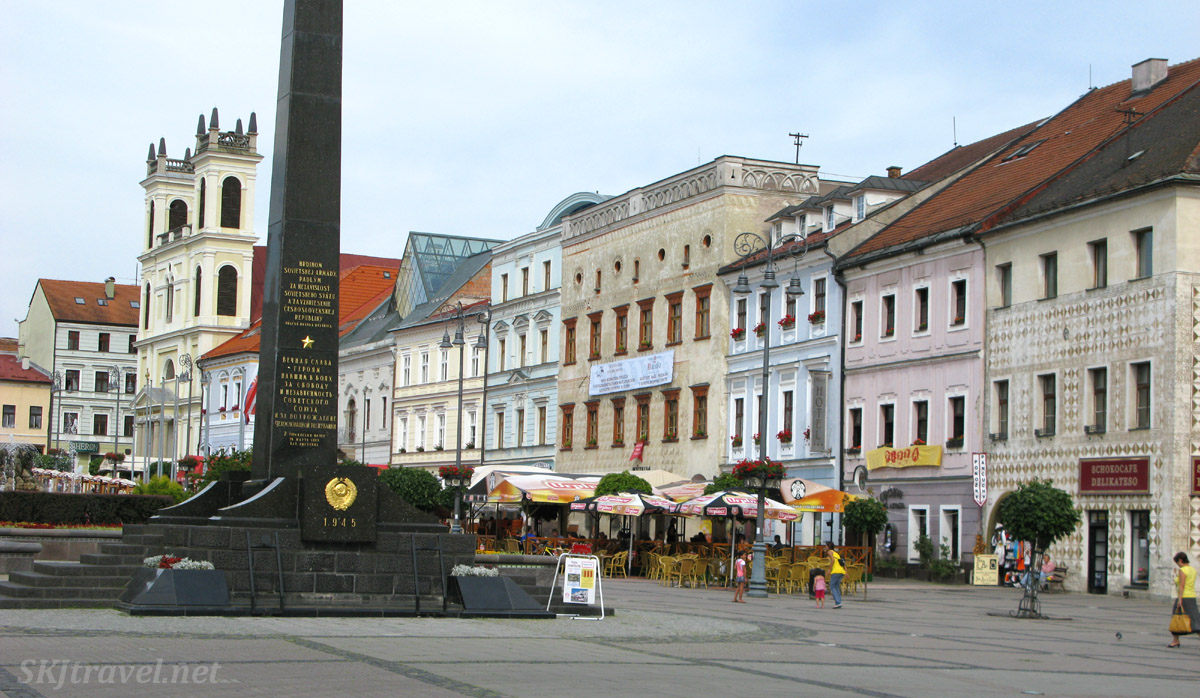 We the drove through a pretty little mining town called Spania Dolina, part of a network of mining towns. If one had the time, there’s actually a hiking trail you could hike from town to town. Most mining villages here have been operating since medieval time. The region is lush and forested, the village of Spania Dolina was so peaceful; we were there late in the day, and as usual around here, we pretty much walked alone. 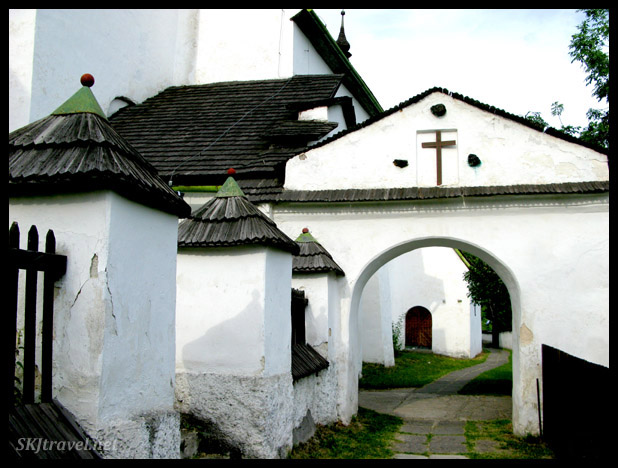 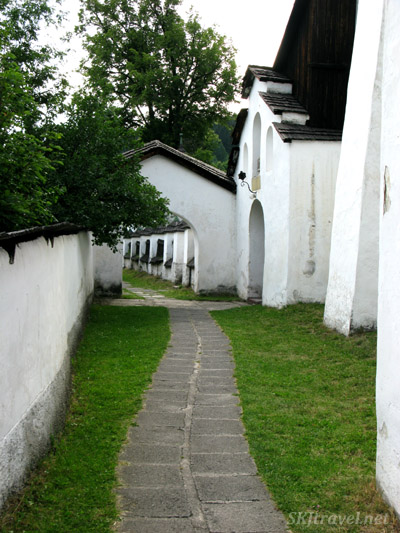 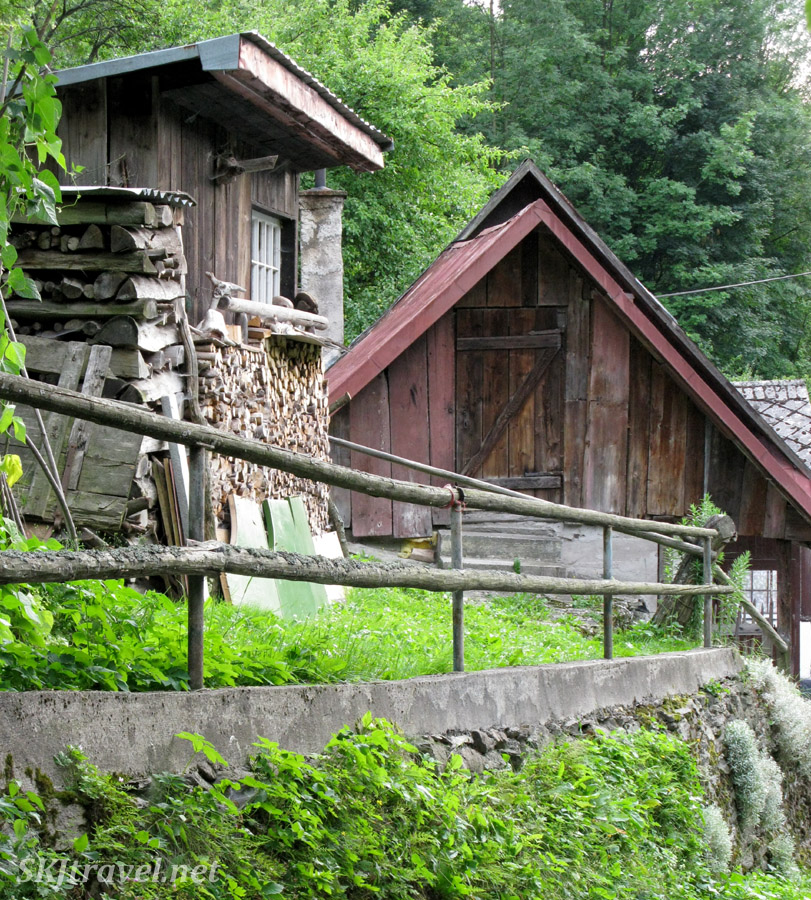 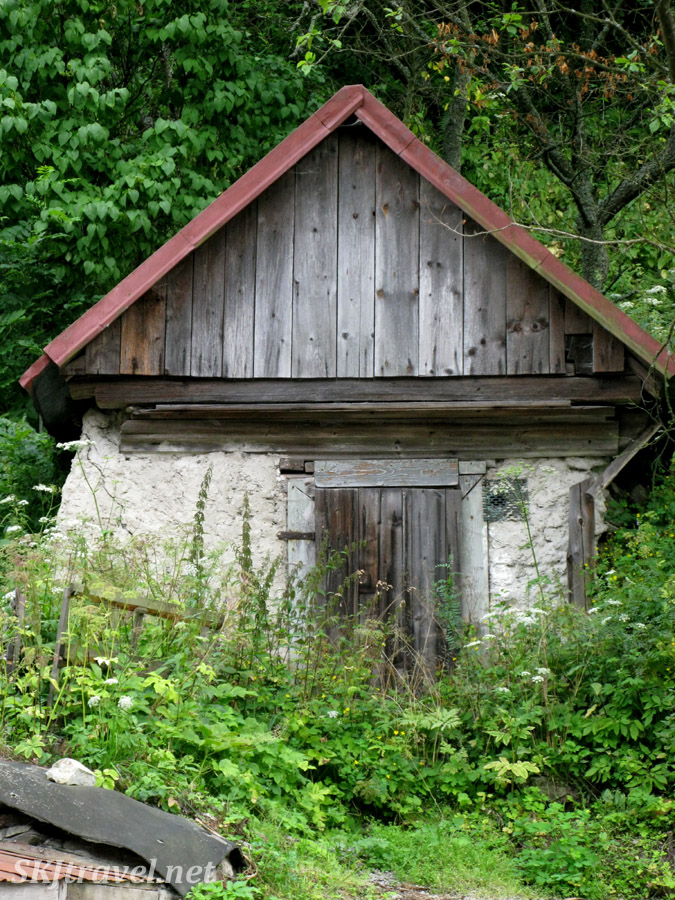 We found our B&B we’d reserved in Bojnice, though the proprietor seemed completely taken aback and unprepared for our arrival (and spoke no English). But it turned out to be a nice accommodation once we convinced her we had a reservation. Then we went on the night tour of the Bojnice castle (renovated 100 or so years ago into what might be more aptly considered a chateaux).  It wasn’t by candlelight as certain sources of information had intimated, nonetheless it was a very fun tour through the castle, sometimes in darkness save the natural light through windows. And there were numerous “spirits” roaming the castle and scaring the daylights out of people (such as myself). One family had to leave the tour because they couldn't get their frightened child to stop crying. They served wine for a pre-tour happy hour. 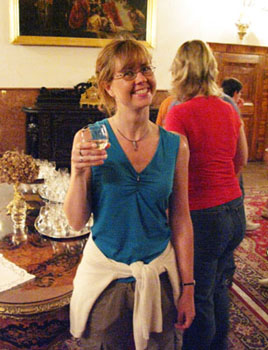 We liked the tour so much, that is to say the castle was so cool, that we decided to take the day tour the following morning. It’s really a great castle with well-preserved furnishings in the interior. 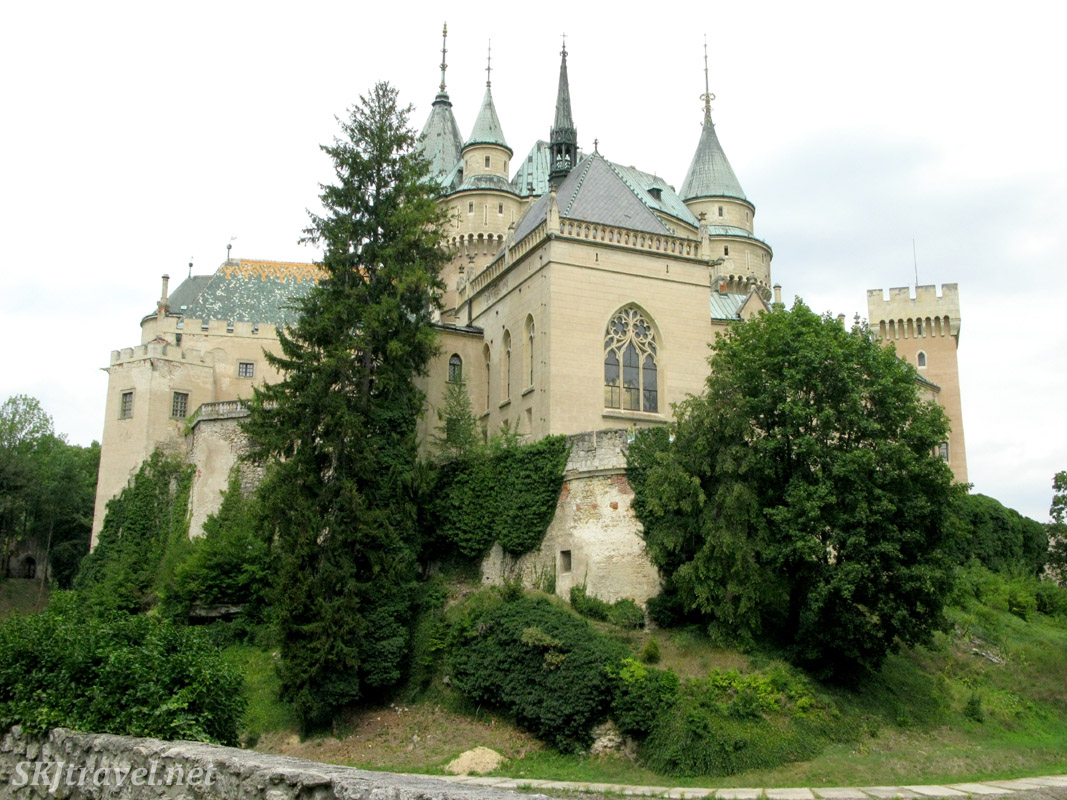 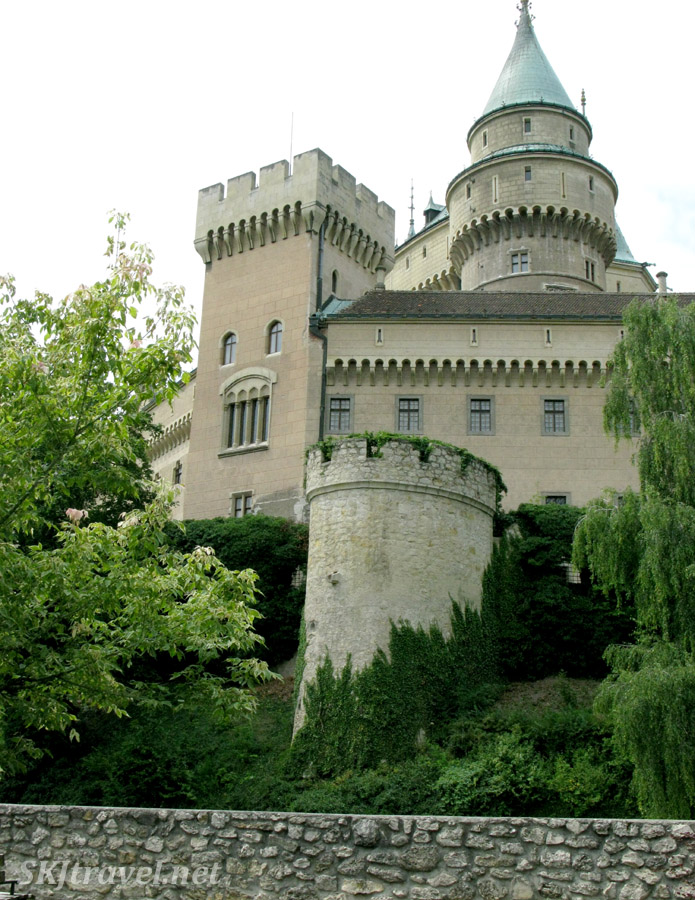 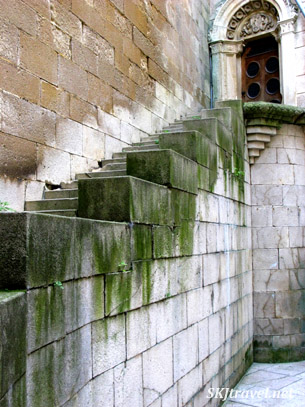 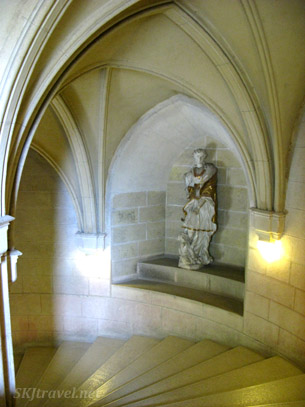 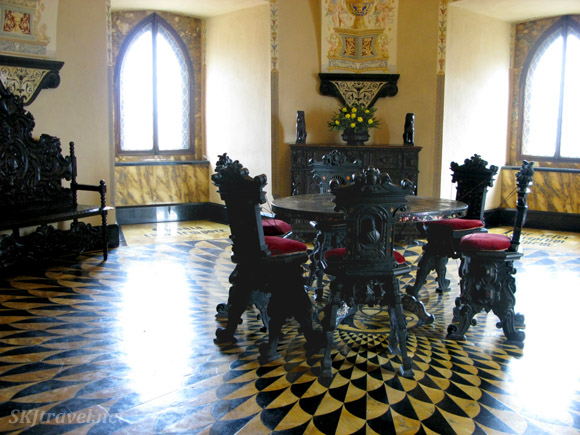 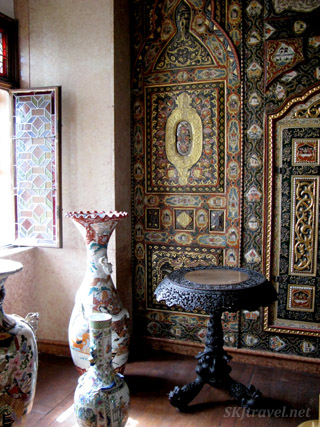 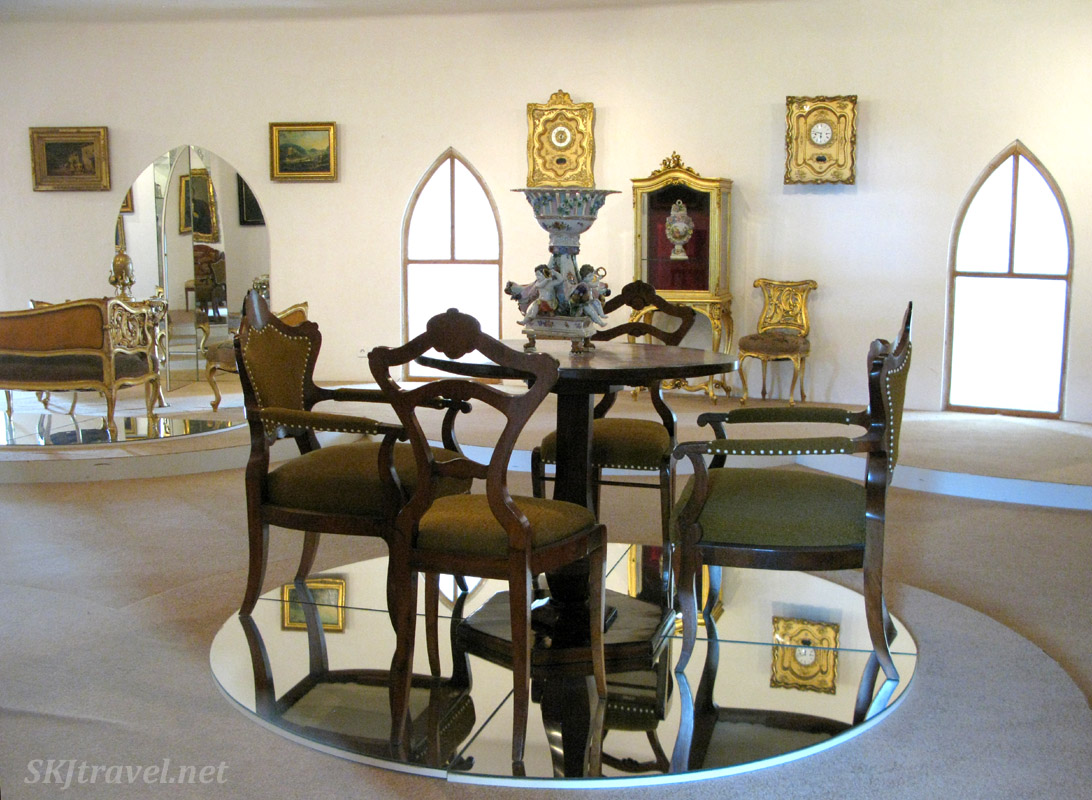 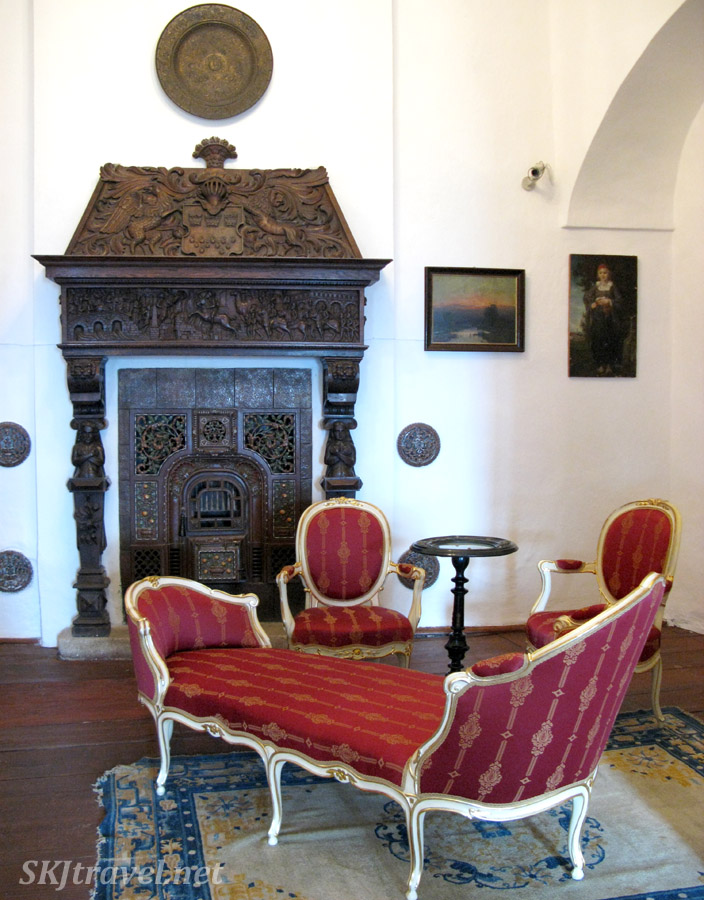 As in most castles, there was the family's private chapel. 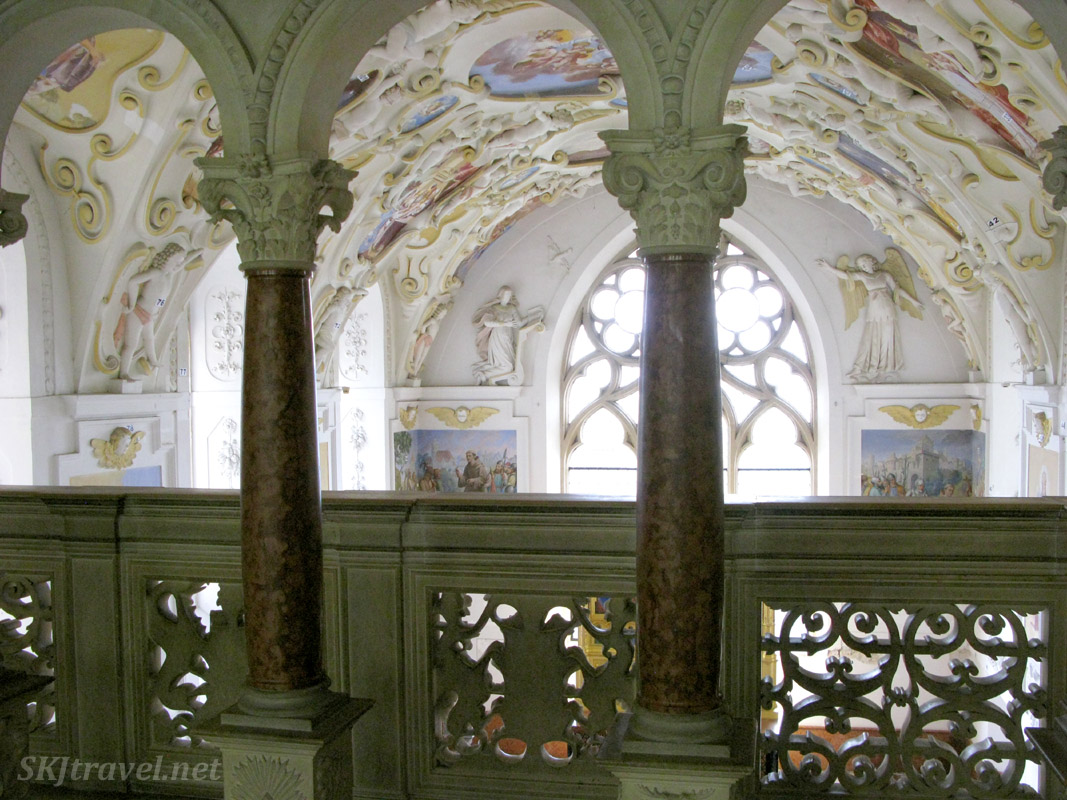 So after re-touring Bojnice castle we drove on to Trencin to see a castle ruin there.  From the outside, the castle looks great and imposing, but actually there wasn’t much of it to see.  We signed up for the tour (this castle could not be roamed about on one’s own…) and realized it was just a museum, mostly of old portraits. Could have been a bit of a disappointment, but by pure dumb luck there was a Renaissance festival happening that weekend (we were there Saturday) and the  castle grounds were full vendors and demonstrations of ancient crafts and the like, and a stage with performances taking place all day. So we bought a bottle (or 2) of local wine from a vendor and stayed for the night show. On stage first, there was a comic sort of act with lots of fencing and fighting (re-iterating what we’ve noticed of the Slovak’s love of comic stage production), then several dances by exotic-looking belly-dancing girls, then by the time it was completely dark, a performance by a troupe of fire dancers. And then…. fireworks!  I was so excited, since I was already in Prague on July 4 and missed fireworks at home this year. This was the one night we were winging it for a place to stay, and we managed a place right below the castle, so it was perfect. A particularly fabulous day. 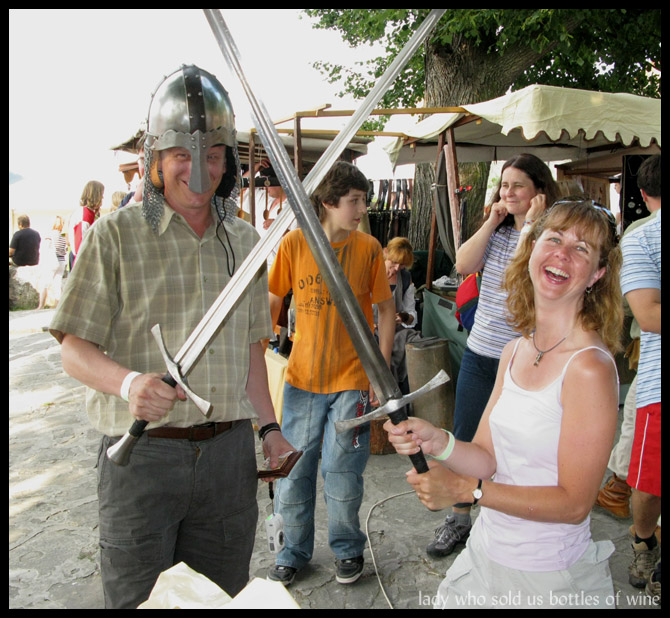