In honor of International Women's Day 2014, here is a short ditty, a special moment with a woman I met in China. I mentioned her already in one of my blog posts, whereas most Tuesday Tales were never part of a blog post. But I wanted to single her out for this occasion in remembrance of our brief encounter. I met her in two successive years when I was part of an Earthwatch research team documenting rural traditions within Jiaxian county. The Earthwatch teams were venerated and given the highest level of "official" treatment by the Jiaxian government (as well as by the larger-jurisdiction Yulin government), as we were the first Westerners ever to come in the capacity of ethnographers to that region. (We were even on television!)

First of all, regardless of the relatively small scale of jurisdiction, understand what an accomplishment it is for a woman to be in her position of deputy-director of a county in China. Hai Yanmei is the only woman in the government cabinet. Jiaxian is a very rural and poor region of China in northern Shaanxi Province (Yulin municipality). It's difficult for people from these areas, particularly women, to obtain a college education, and it was even more so during the time when she was the age to enter college.

She spent her childhood under the crippling and oppressive atmosphere of the Cultural Revolution. After its end, though universities opened up again and education was re-introduced to the population as a worthy and respected pursuit, admission into university was still exceedingly difficult for many years to come. For an idea of how stressful exams could be, have a read of Da Chen's Colors of the Mountain. Nurses were on hand during the entrance examinations because so many kids passed out from stress and anxiety. And very, very few proceeded to university. Not only because of the high scores needed to be accepted, but it is also a tremendous financial challenge for many families. (Sometimes an entire village would pool their money to send one child from it to university.)

So it's a very honorable achievement for Hai Yanmei to have gone to college, and further, to obtain a position in the local government while she was only in her 20s. When I met her my first year in China she told me that she had a number of special challenges to overcome as a woman needing to gain respect in a predominantly men's world. As we met and were talking over an official dinner, it inevitably concluded with an induction into the "drinking culture." Wherein men must be able to hold their liquor to gain respect in their business or professional circles. She told me this had been a real challenge for her. My dad had already told me about this "drinking culture" when he visited China as part of an official American delegation which included a woman EPA official to discuss clean coal technologies. One night the EPA woman passed out cold at the dinner table unable to keep up.

So at our welcoming dinner, first each official made a toast to everyone (we all drink for each toast). Then each official came around and toasted each one of us individually and we were to have a shot with each official. But there were more of us than them, so they had to drink a shot for each of us!

That first year, I had asked her several questions (through Jaing Lu translating). This was her first real conversation with a Westerner. She made it clear how much she respected me and all the other women volunteers with me for being educated and traveling the world. But it was too much for me to explain how she far more merited my respect for her. The hurdles I'd cleared to be in that place at that time sharing a drink with her, were minute in comparison with what she had accomplished to be in that same place and time.

The following year, I recognized her at dinner but we didn't speak. I imagined she had met so many other Westerners (6 other Earthwatch teams in the interim since our first meeting) that she wouldn't particularly recognize me. During the requisite rounds of toasts, when it came time for Hai Yanmei to raise a glass to each individual, to everyone else she said to them "cheers" or "welcome," or something of that nature. But to me she said, "We are good friends."

I smiled grandly in agreement, but it could hardly convey how touched I was. She had remembered me clearly. When I look back at the moments that have touched me most deeply in life, they're typically small, brief, simple yet intimate moments like this one.

Later that evening we had a chance to talk again with Anrong translating for us, and it was as if we were schoolgirls. She wanted her picture taken with me, holding me close, just as one would a good friend. In any other circumstance I would likely consider her merely an acquaintance of mine. But this wasn't any other circumstance. I barely knew this woman and yet I was terribly proud of her and proud that I had made an impact on her memory. I have hopes of meeting her again in 2015, and instead of "hello," I'll greet her with, "We're good friends." 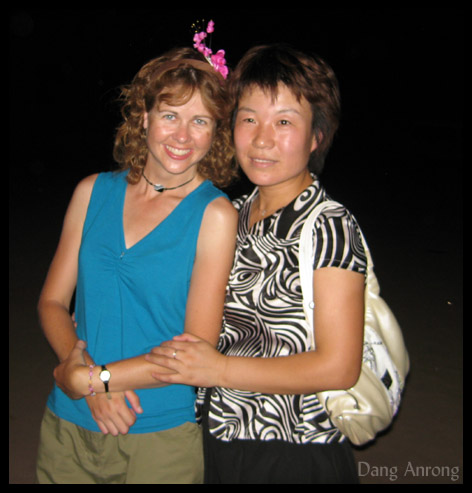 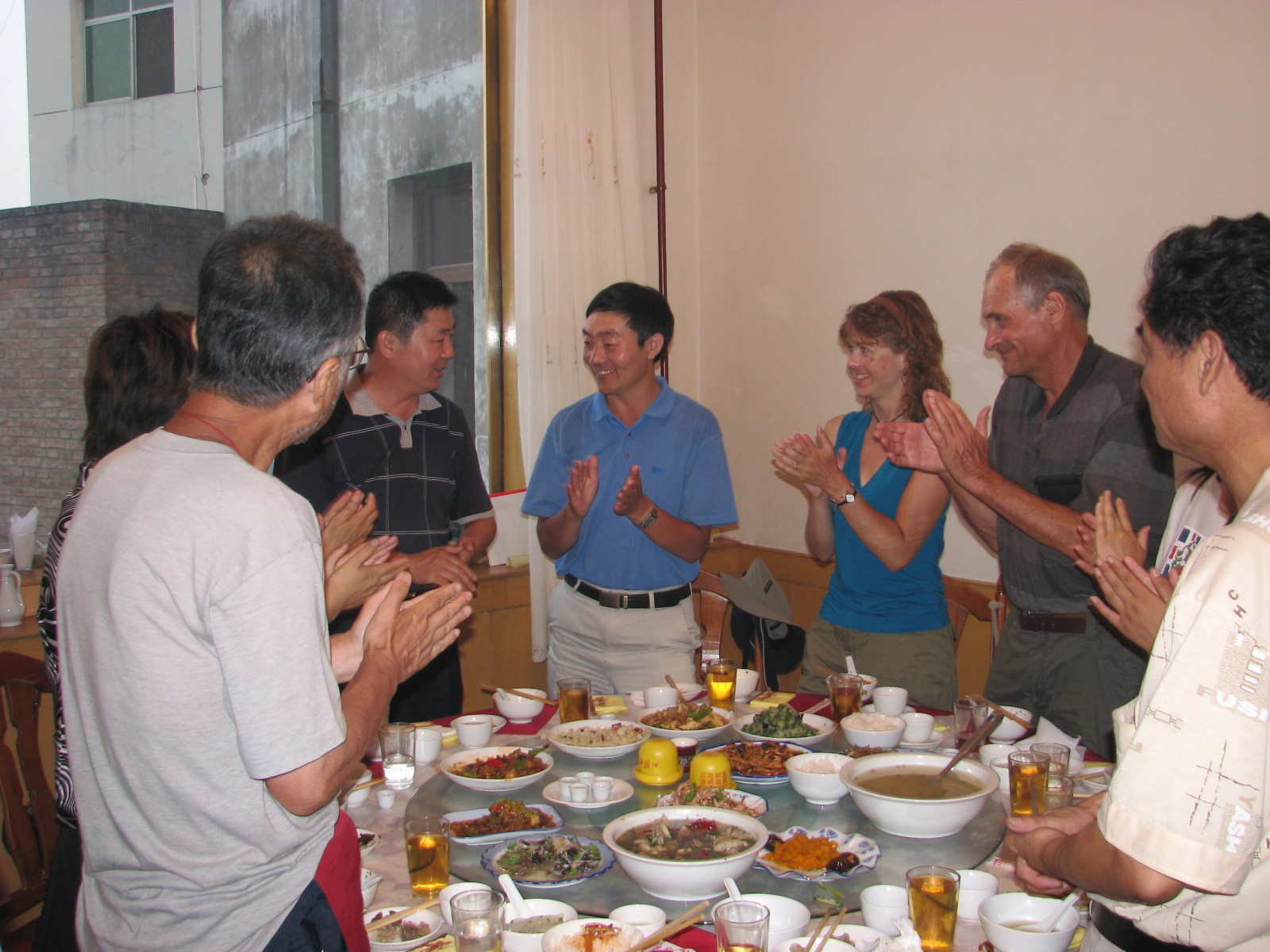 See a tribute to women in photos, including one of mine from Dang Jia Shan village, for International Women's Day 2014 HERE.