As I was putting together my previous post on ice in the Southern Ocean, I realized that half of my favorite photos depicting interesting icebergs and noteworthy landscapes came from this one zodiac cruise in Cierva Cove. So I decided to dedicate a full post just to this one experience. I don't really have much text to go with it, not a whole lot to say that isn't self-explanatory, or a pointless list of adjectives that add little-to-nothing to the photo. Therefore, pretty much just sit back and enjoy the virtual ride ... I present Cierva Cove. 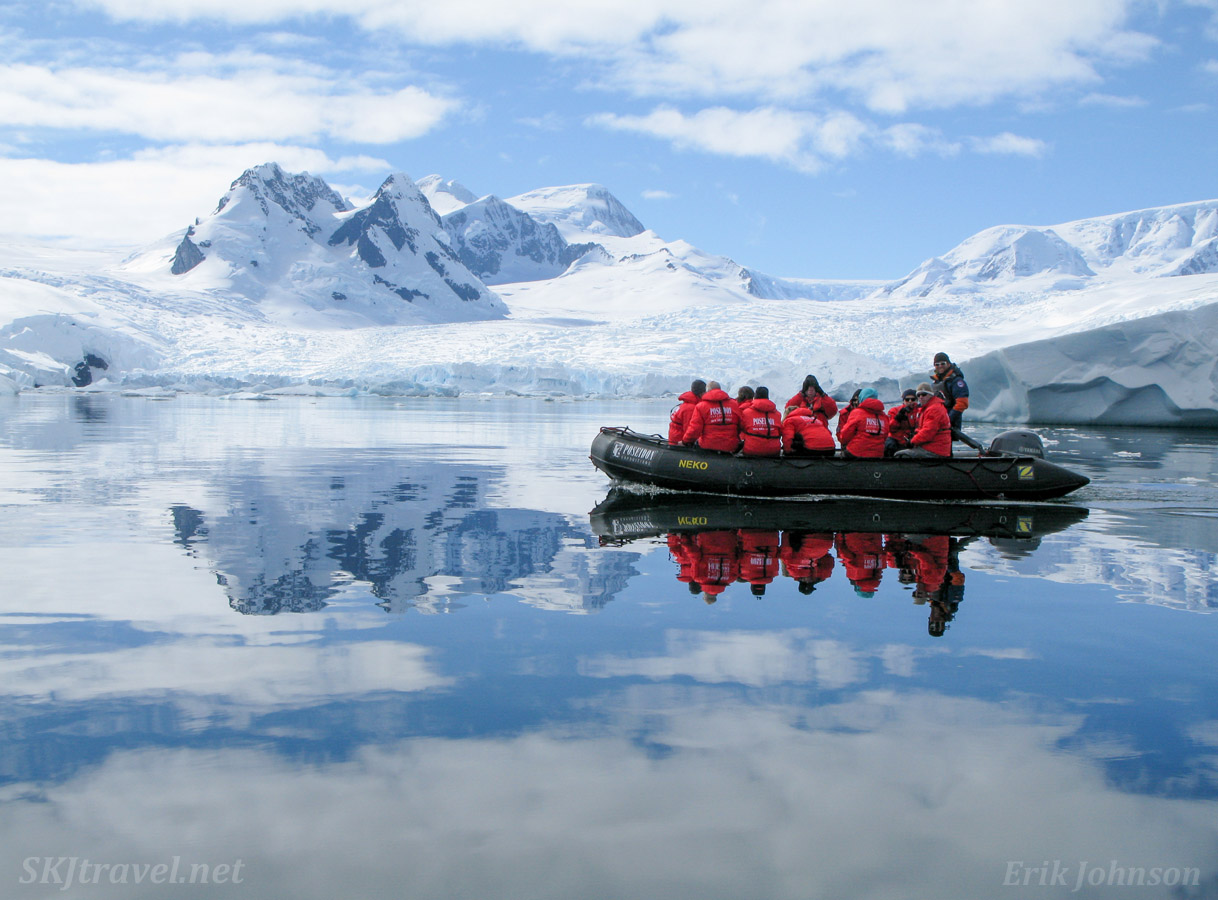 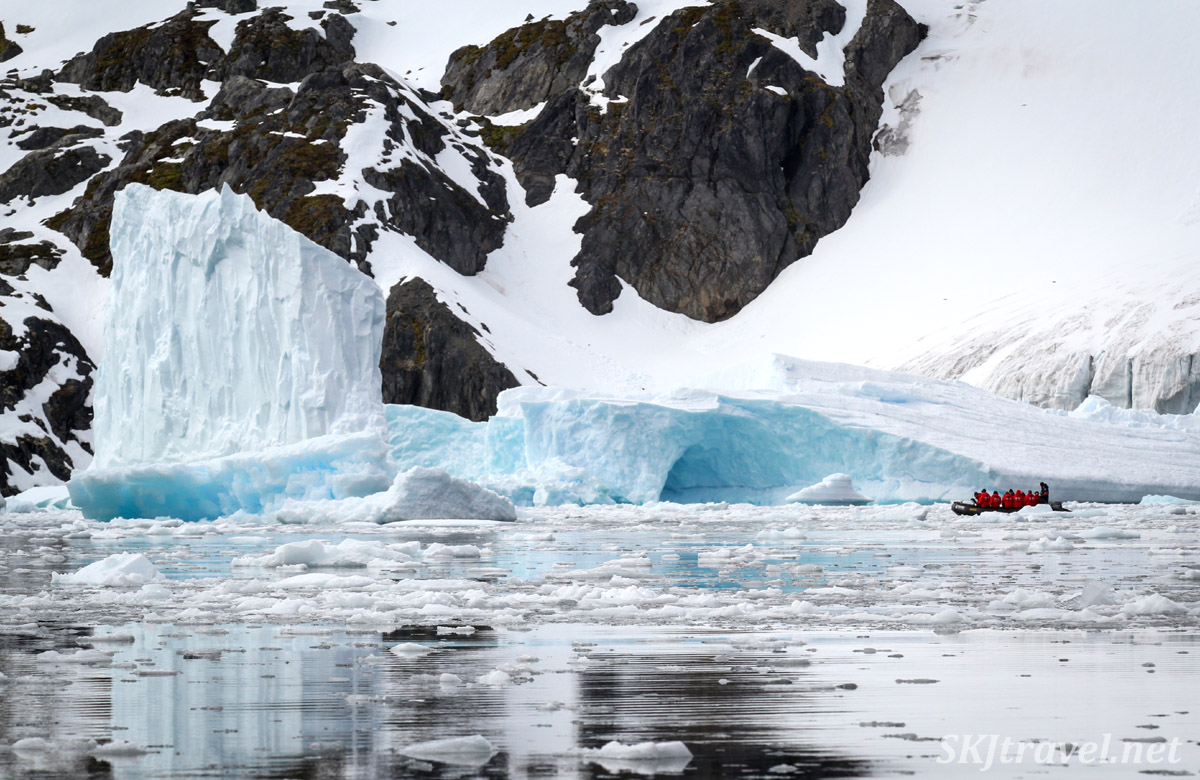 This was a place with whom my wide-angle lens made particularly good friends. Yet again we had glassy mirror waters and beautiful weather for this expedition. I'm so in love with the dynamic nature of the scenery in terms of color and "mood" -- look one direction and the skies are blue, reflecting on the mirror waters; look the opposite and it's a dark cloud-covered sky whose waters are subsequently that beautiful gray and even black that compliments the ice so splendidly. I have to say, the black waters were my favorite. 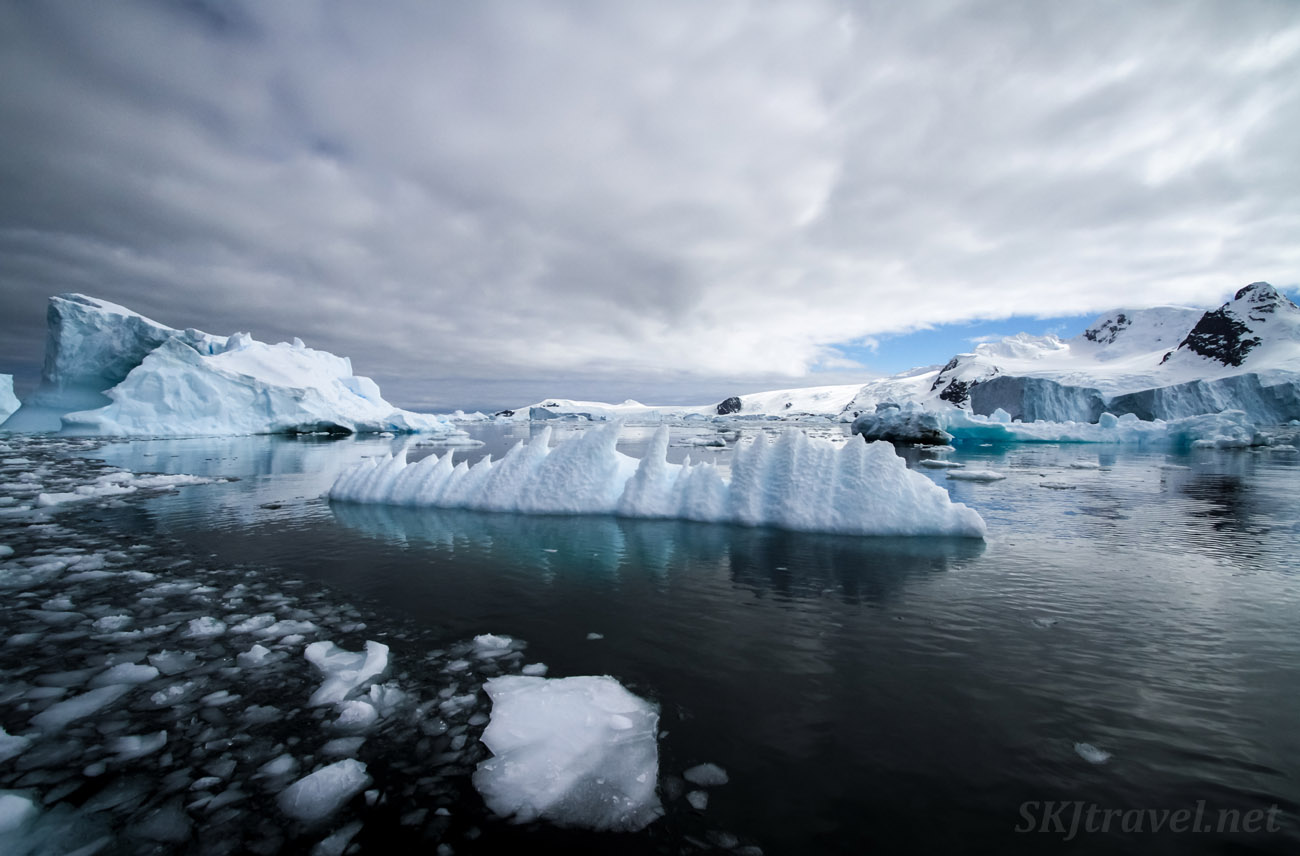 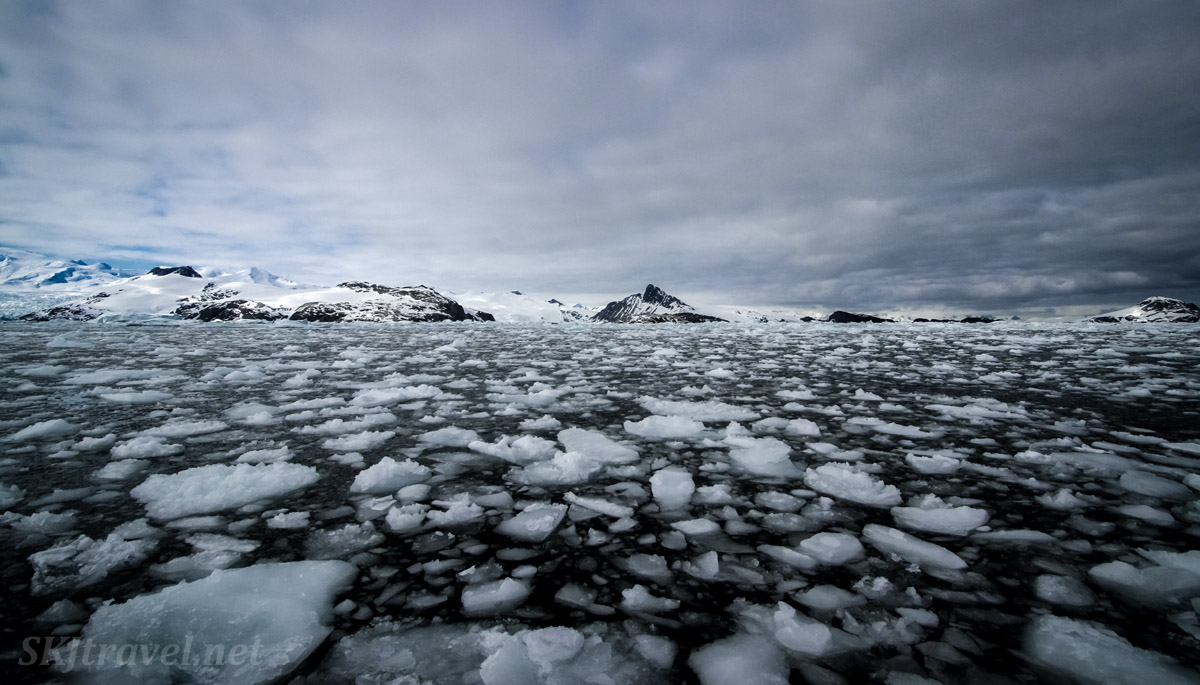 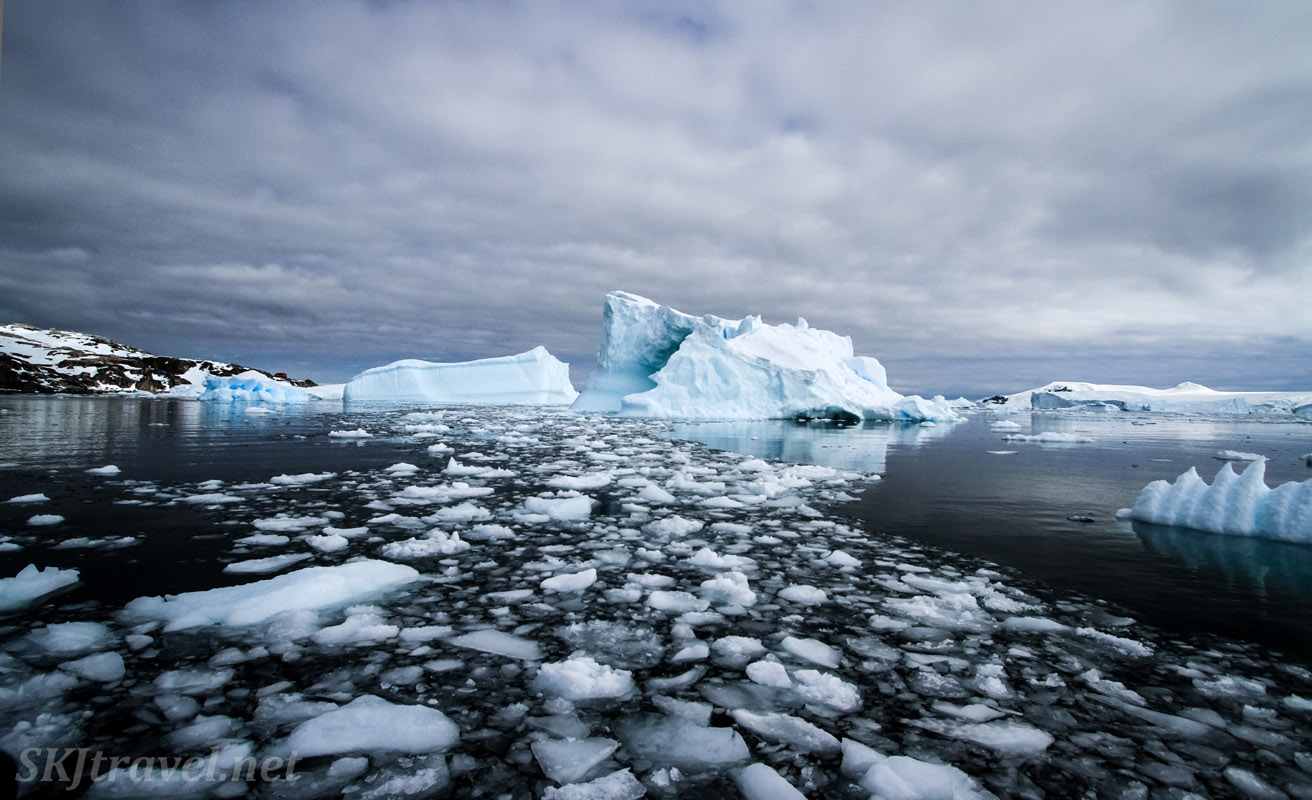 While the photo just above is one of my very favorites from the trip, I think this photo below is pretty cool because it shows simultaneously both the bright blue water underneath the blue sky on the right and the dark water underneath the clouds on the left, as well as the beautiful aqua color that icebergs usually have just beneath the water's surface. Actually, the more I write about it, the more I like it. Add the snow-covered peaks and you've got pretty much the iconic colors of Antarctica. (missing just the yellow glow as I described in Wilhelmina Bay) 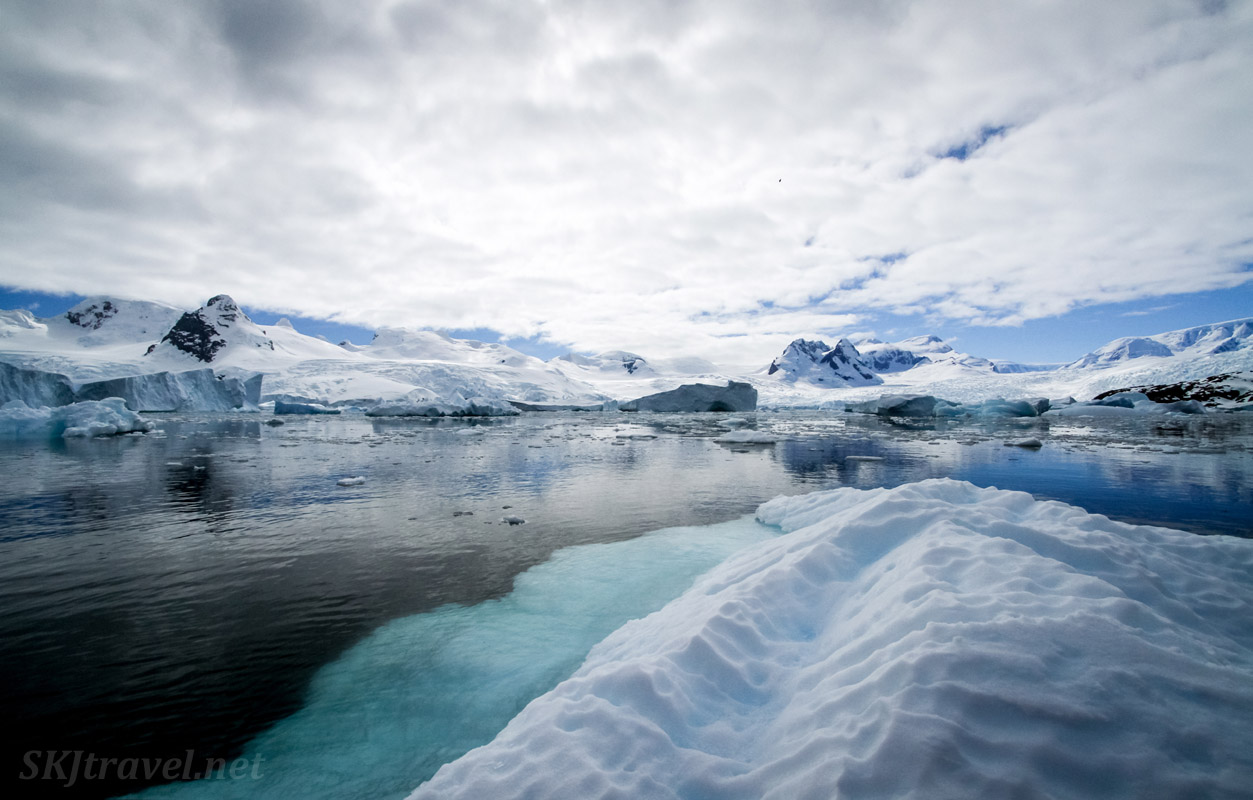 A member of the crew told us that the Norwegian polar explorer, Captain Fridtjof Nansen, could navigate through an ice field by studying the clouds because they reflect the surface below them differently depending on whether they are over open water or over snow and ice. As an explorer in the era of the "Golden Age of Discovery" in the late 19th century, there of course were no GPS or radar instruments to help him. Men admirably navigated the globe using the tools provided by nature herself.

Cruising around through the ice fields, whether the water be blue or black, often evoked a sense of adventure such as the early explorers must have felt when everything was a vast mystery, so uncharted, and their vessels were so vulnerable to the forces of ice and weather. Little corridors and alleys like these always made me smile with the excitement of wondering what lay on the other side of the corridor. 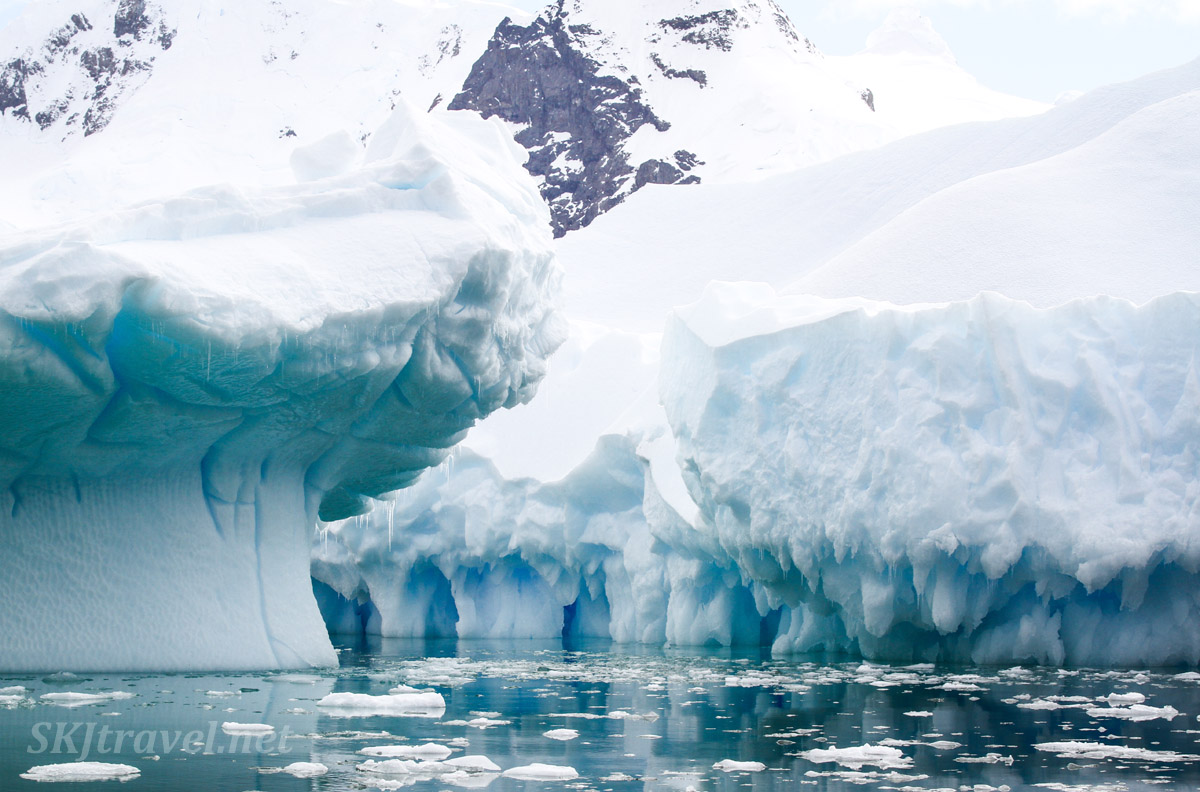 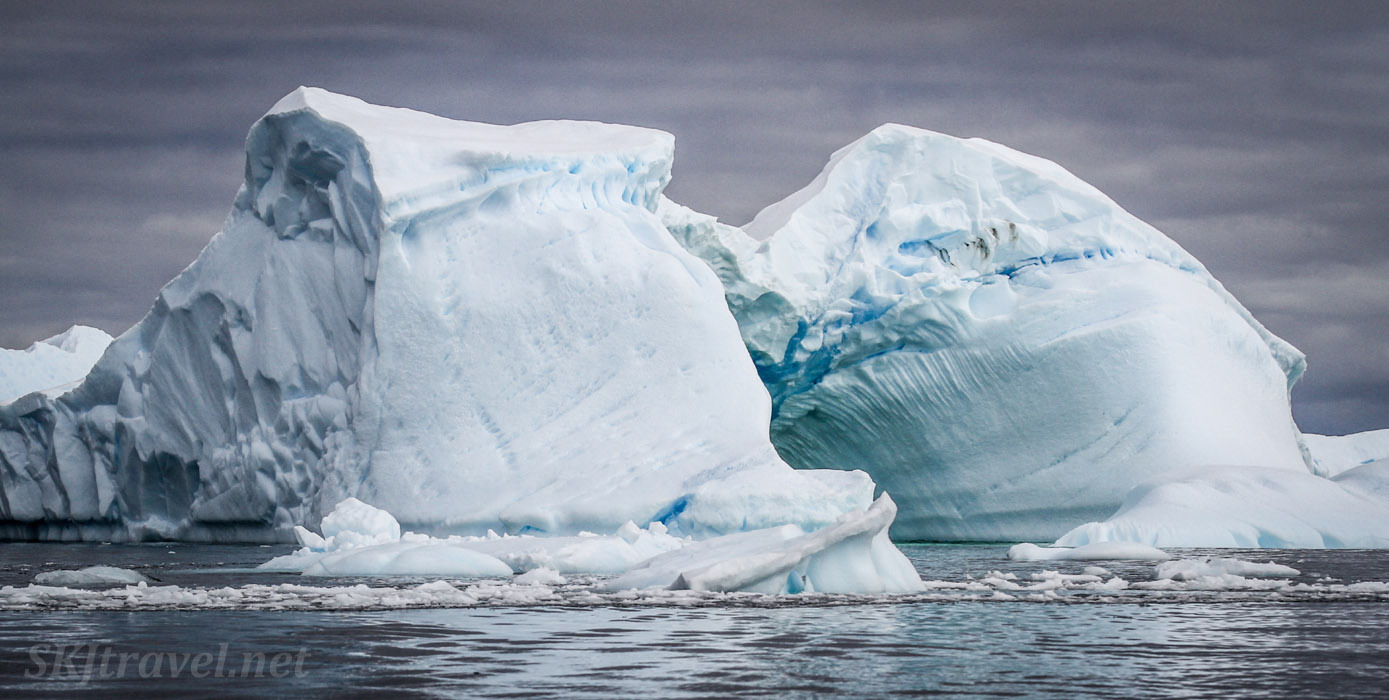 Although the black waters were my favorite, the blue waters, especially when cradling the reflection of a white landscape, were stunning. Especially on the mirror-smooth surface. 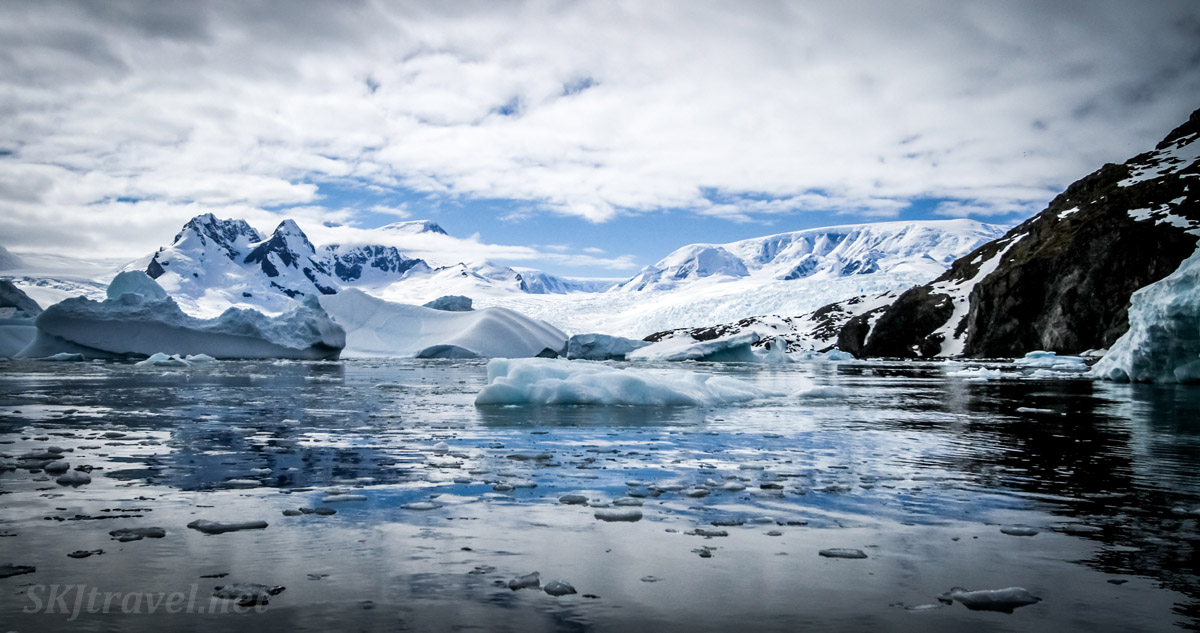 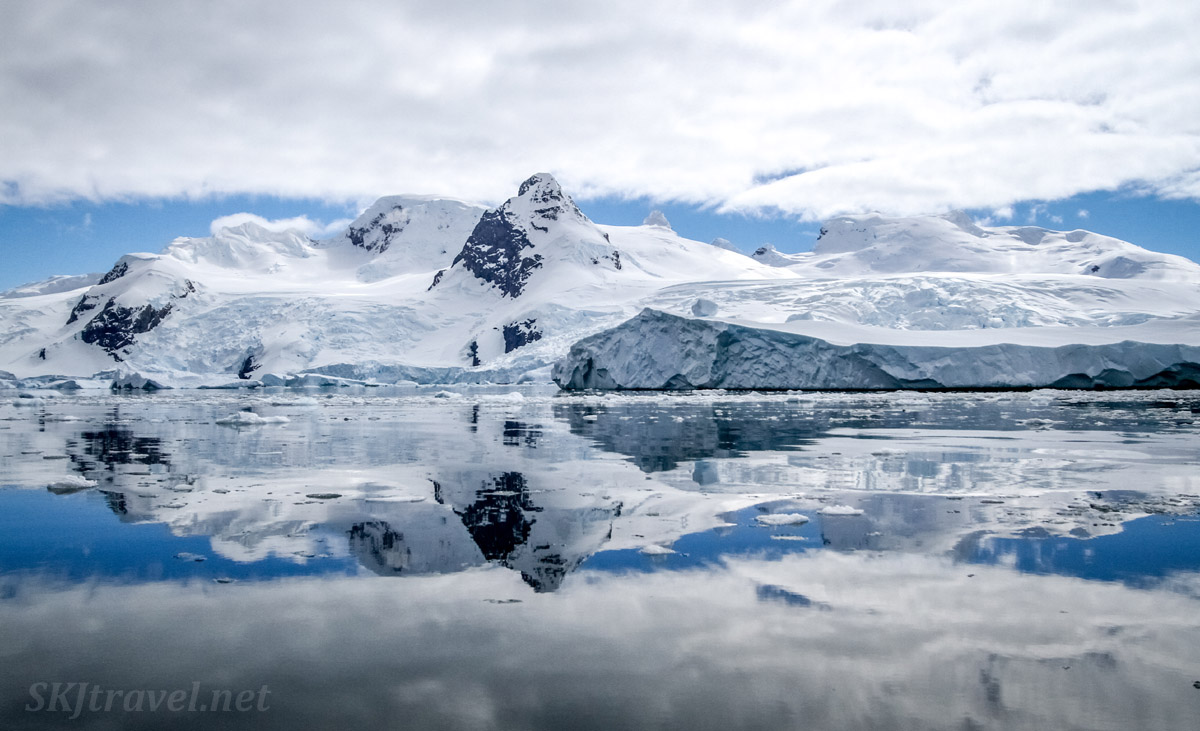 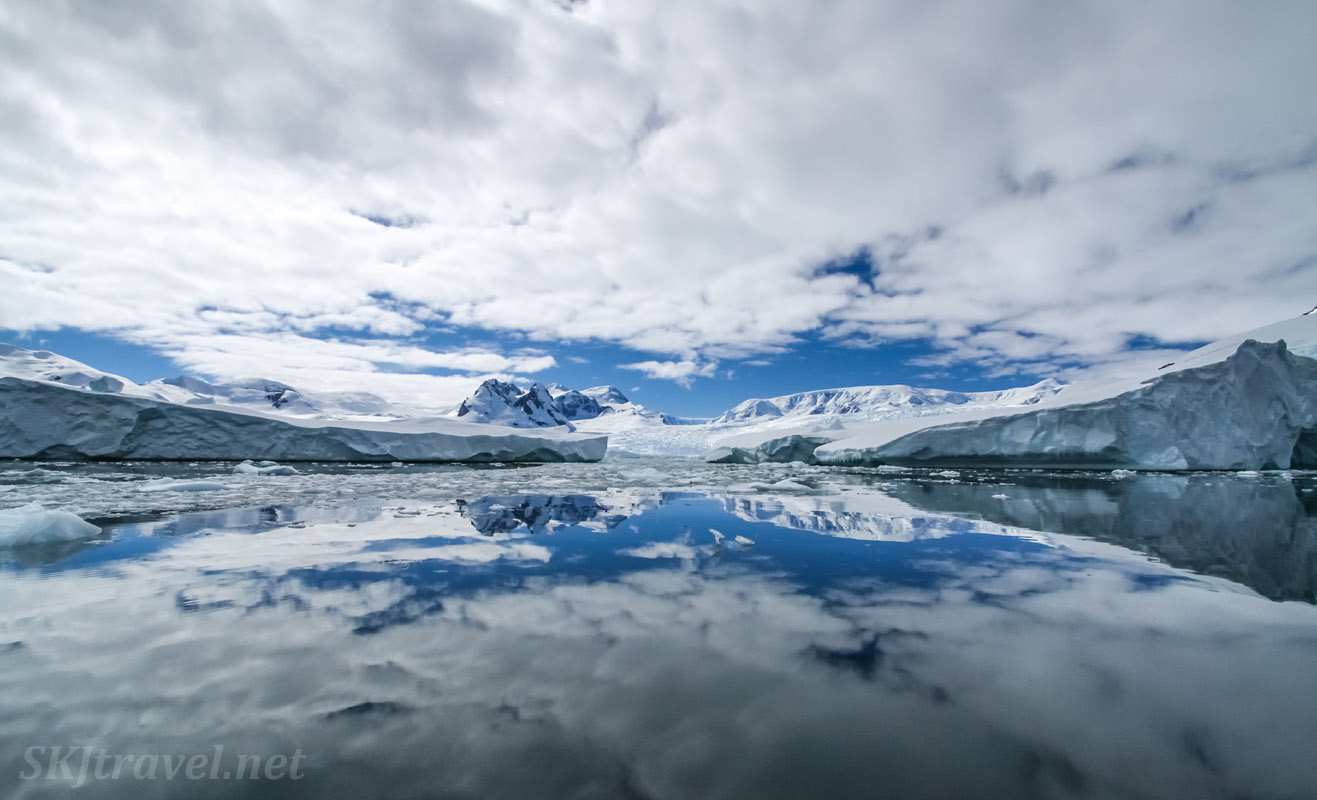 This one is a little difficult to parse at first; I like the scene for its chaotic composition of color and shape, the glassy reflections broken by the bits of ice in the water. 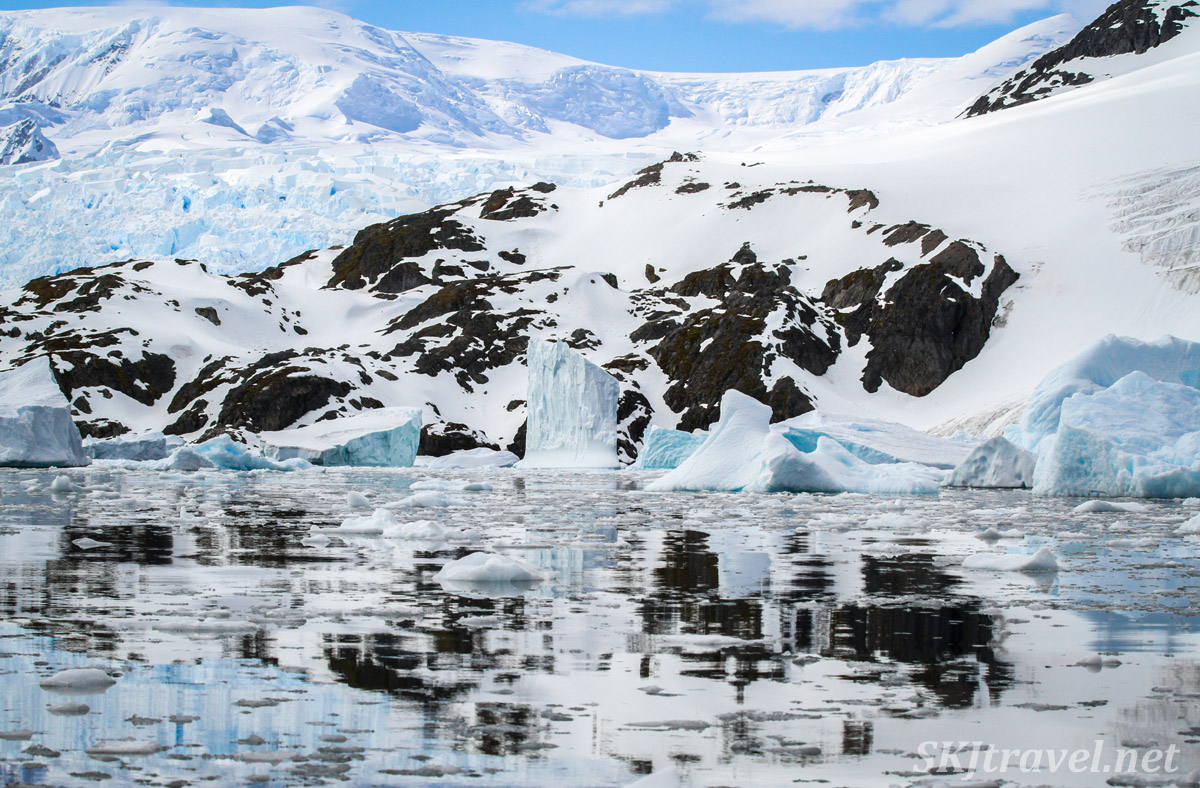 In spite of the dazzling glassy reflections, the fields of ice in the black water, and all the magical formations, probably my two favorite photos are the two below because I really like the icicles hanging down like a little forest of crystals. (and upside down forest, I guess) 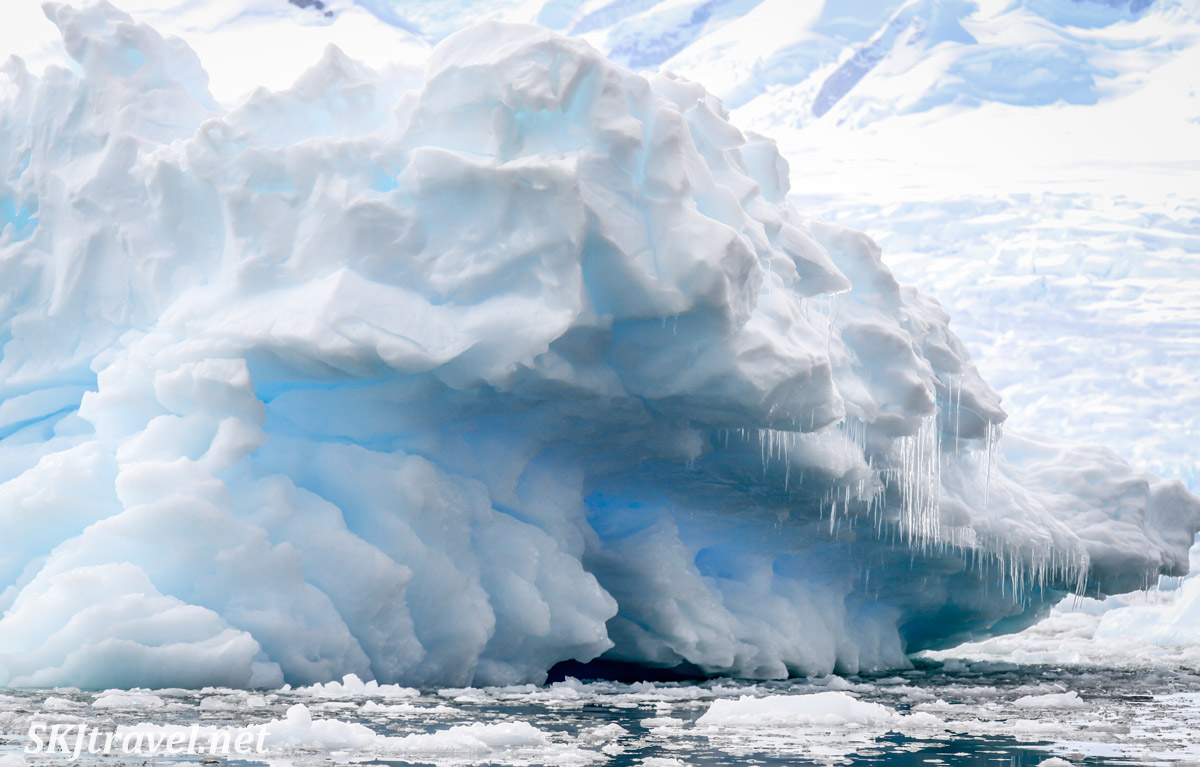 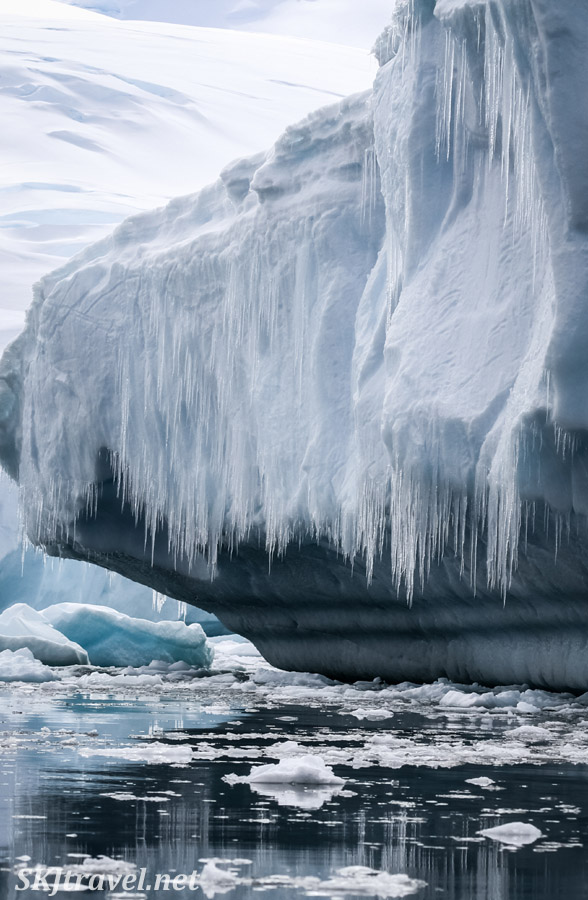 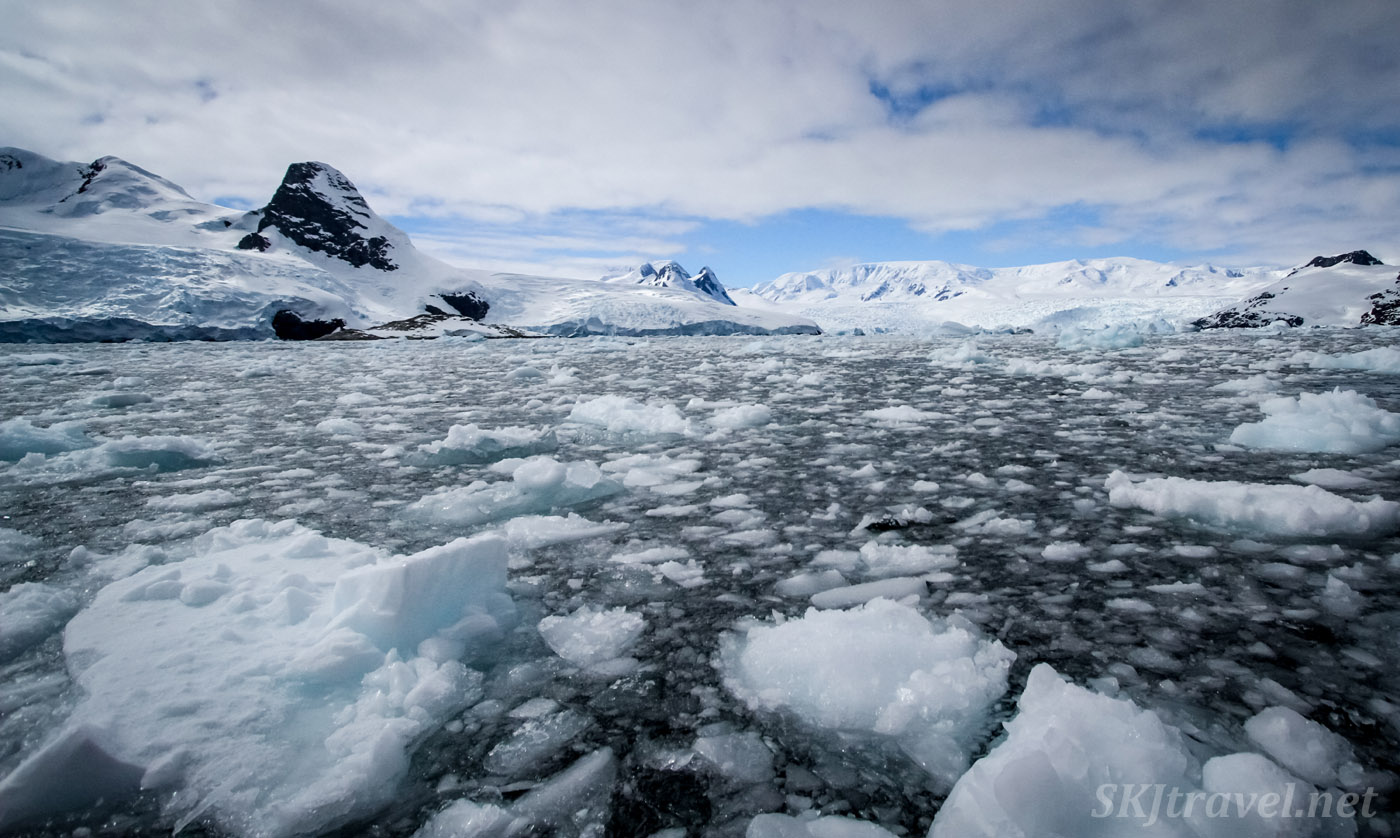 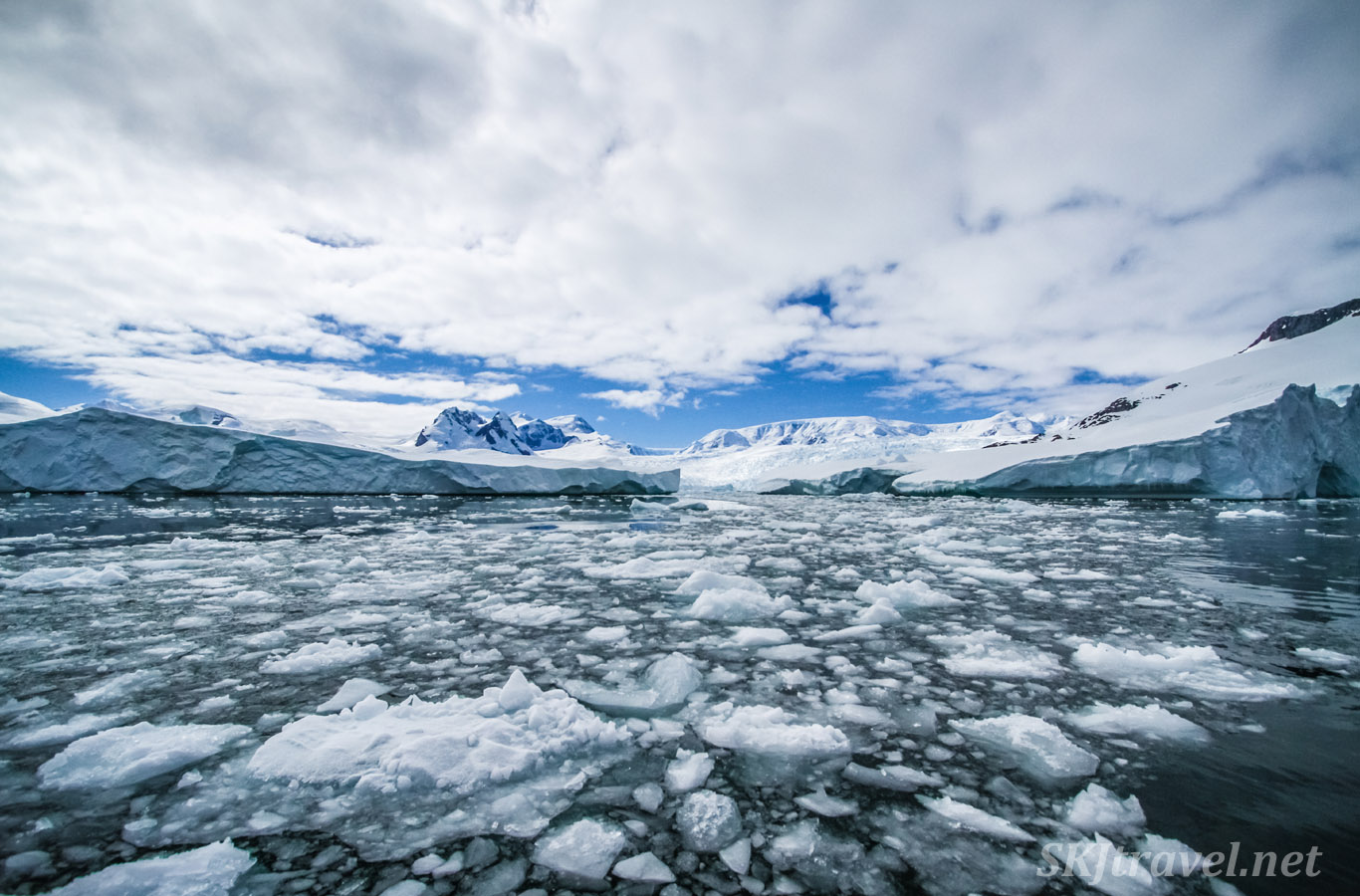 The different textures of the individual icebergs were perpetually fascinating. And I love that deep, vibrant blue found specially in glacial snow. 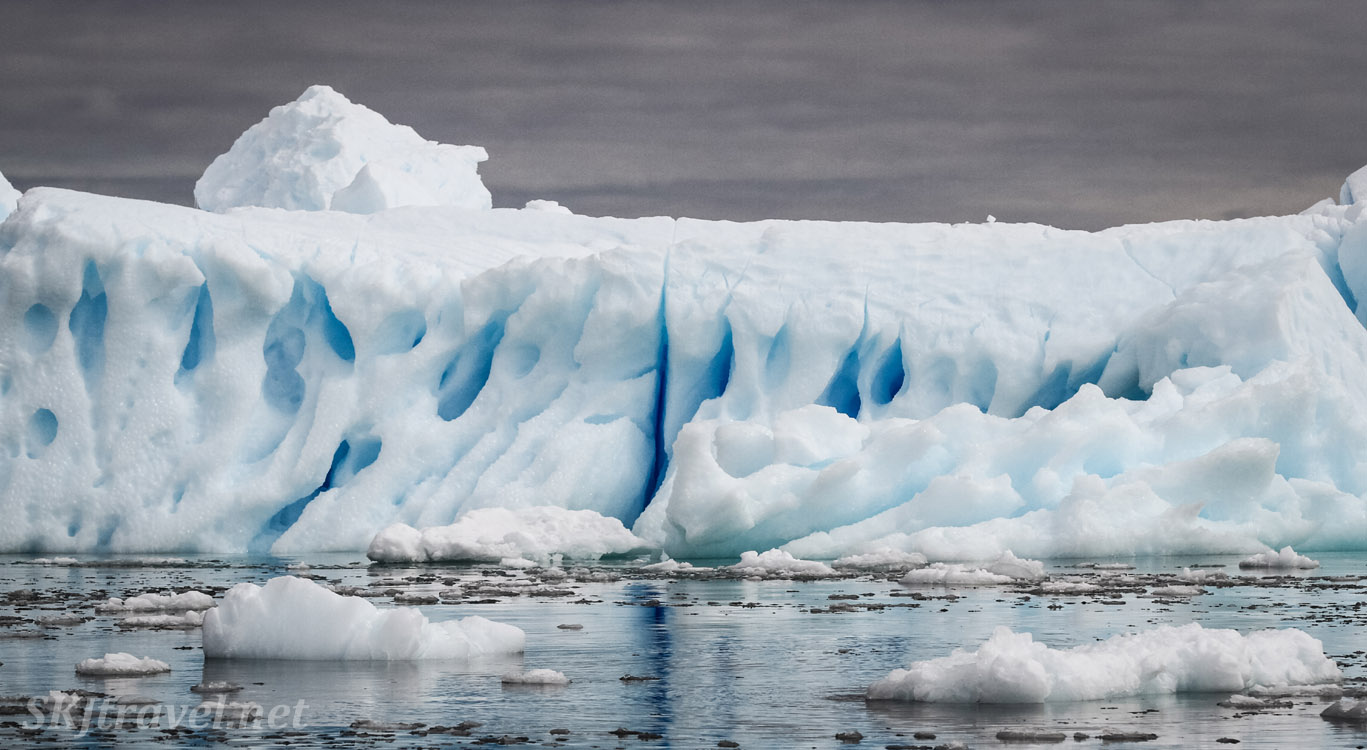 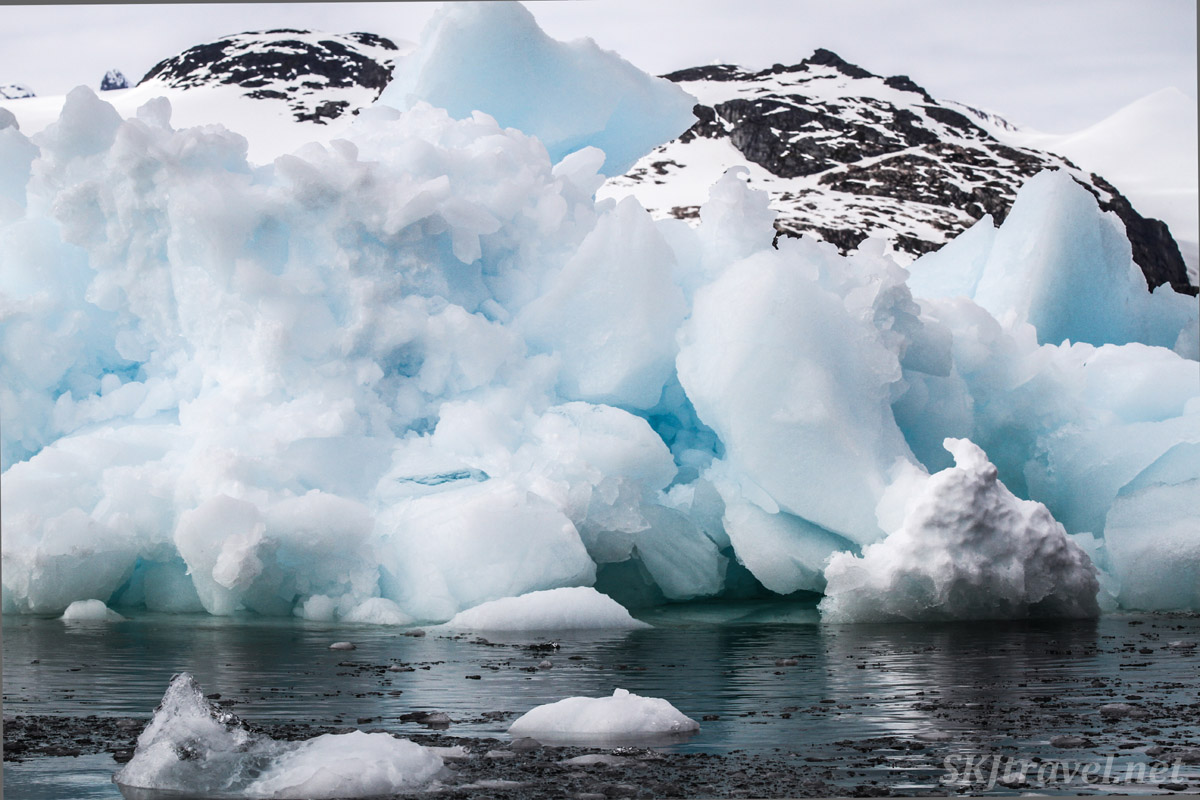 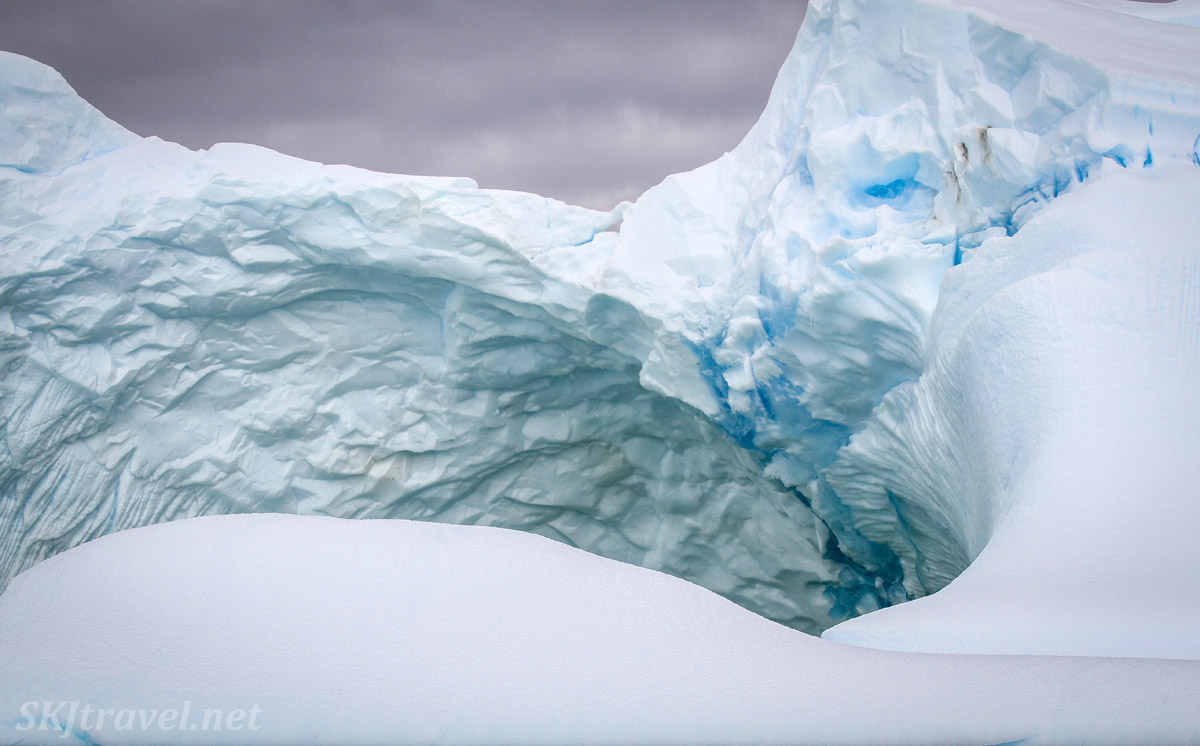 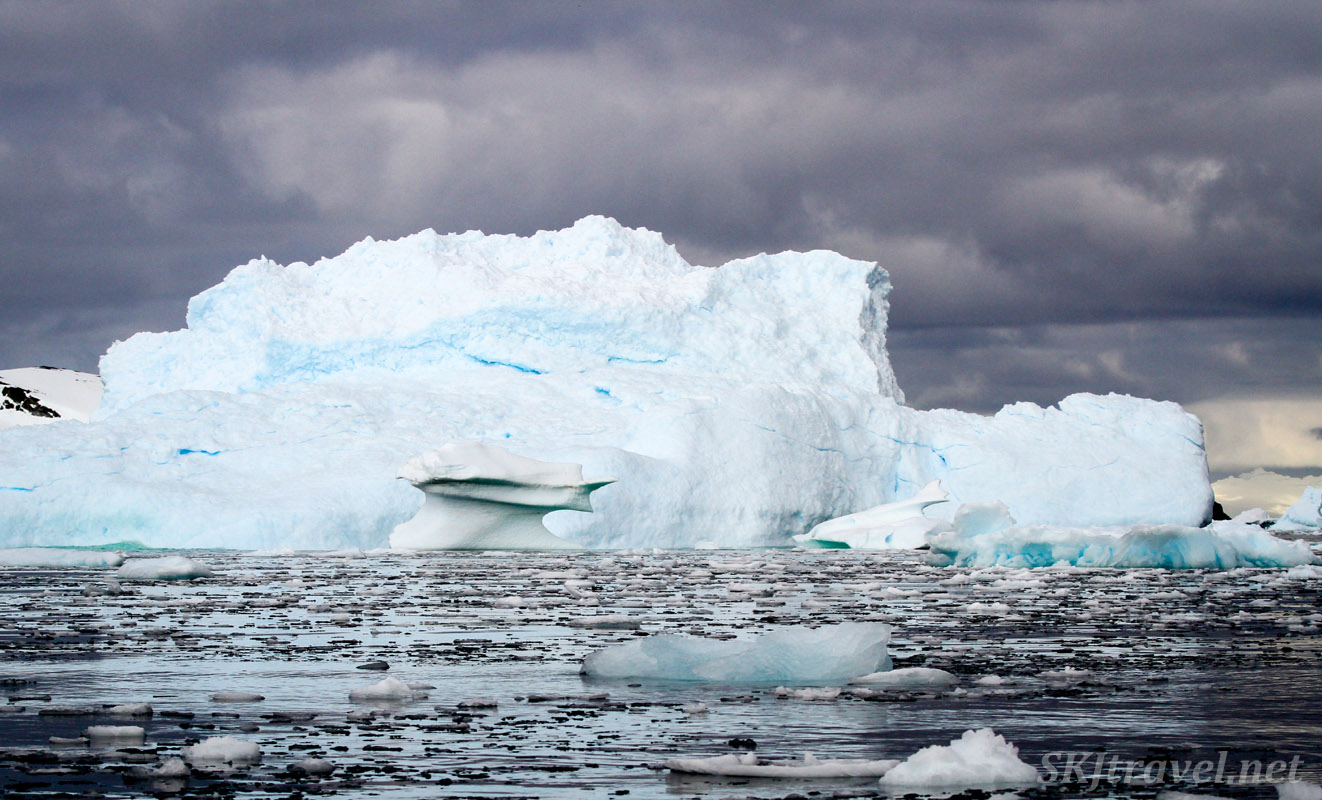 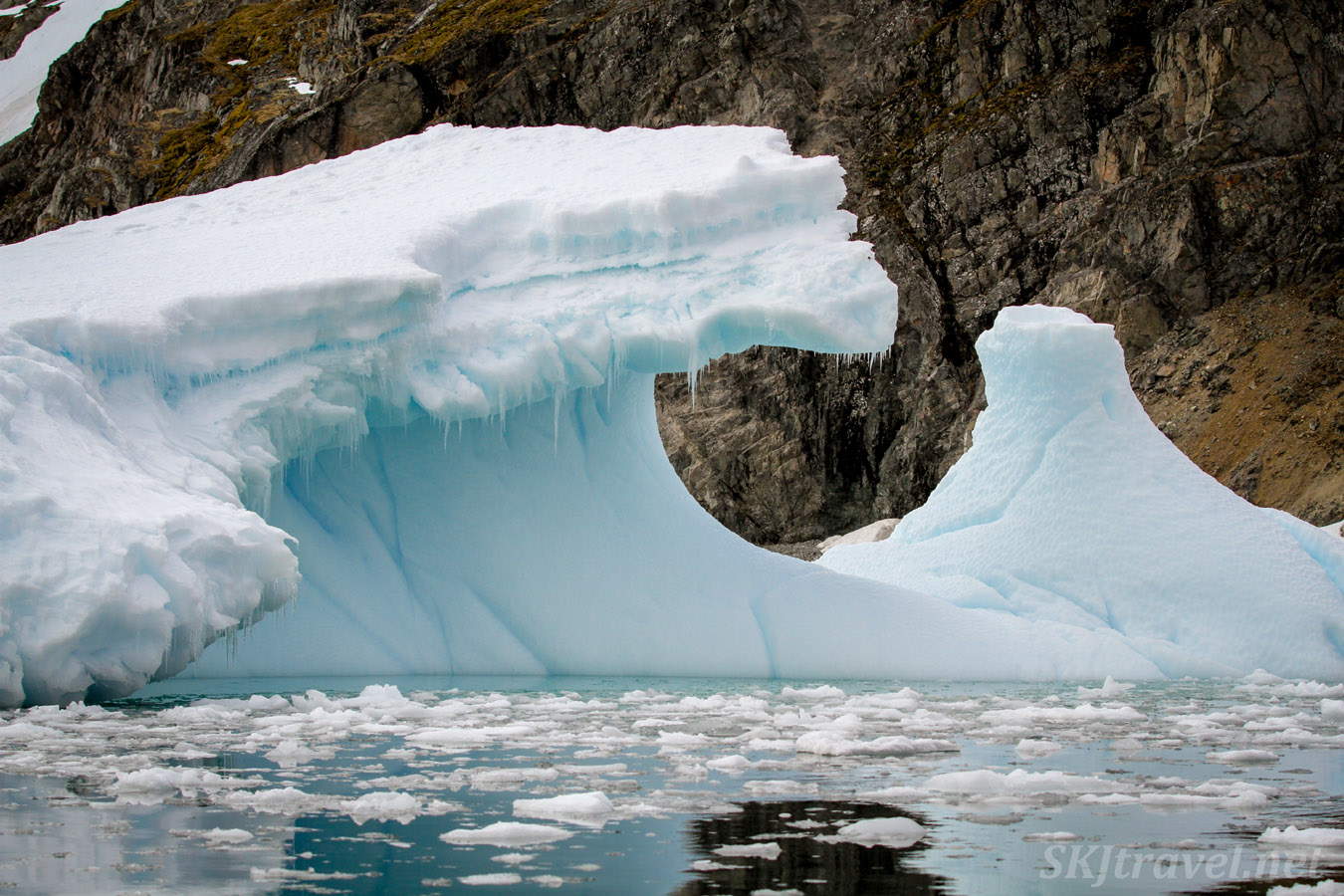 And finally we head back to the Sea Spirit, where a hot towel and cup of hot tea awaits us as we re-board the ship, my eyes still wide with residual wonder. 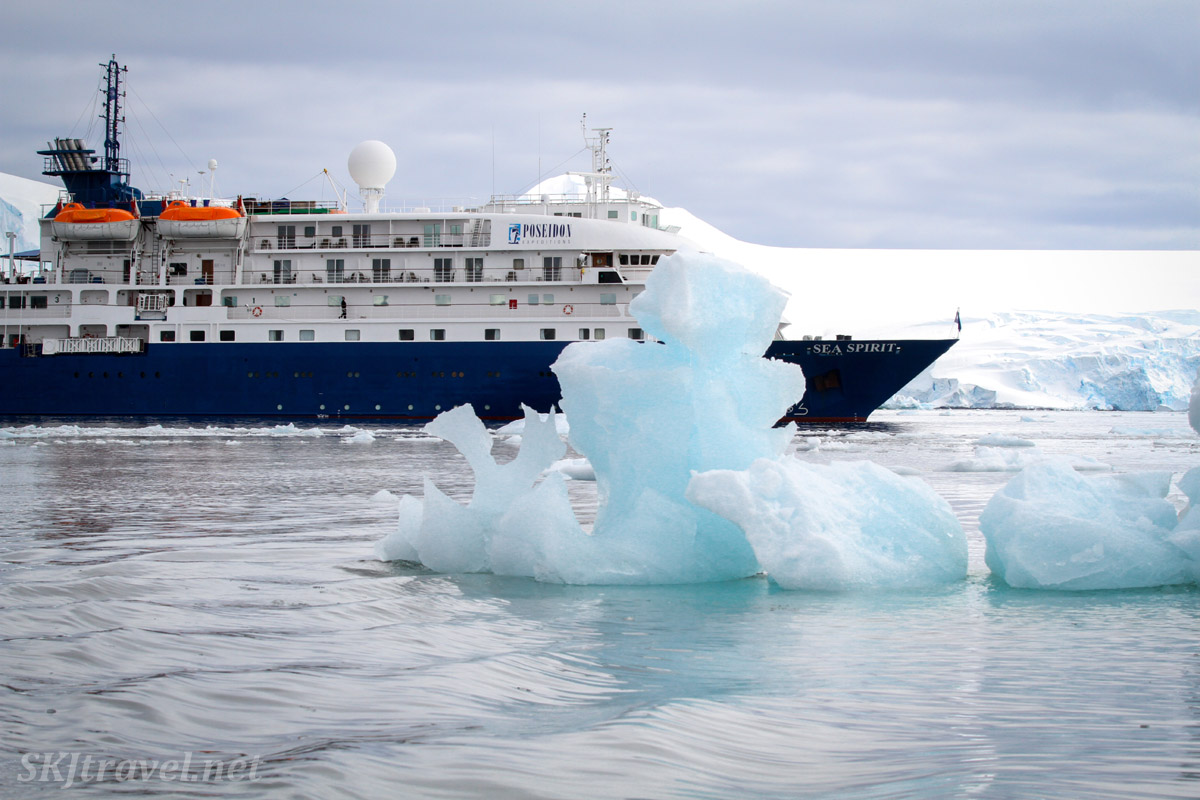