And I did indeed sleep late. Began the day watching policemen arrest a shirtless drunken man on the steps of the Metro. Much to my relief, despite a spirited birthday celebration, I did not end up in a similar situation at the end of my night. Spent pretty much the entire afternoon wandering around the Gothic Quarter trying to get back to the 1st century BC Roman pillars we stumbled across the previous day, and charting out paths for our sightseeing book idea. We started to get a little frustrated when we just could not for the life of us find the pillars. We found every other place we’d been to and either taken photos or stopped for a beer or whatever. But somehow couldn’t find the last turn. But finally we did with a great sense of accomplishment. (When we turned around without going inside to the pillars, a French couple standing outside started exclaiming at us, “You should go inside! Go inside!” We explained we’d already been inside the day before. They were quite concerned for the welfare of our historic knowledge of the city.) A couple shots from the Temple d'Augustus ... 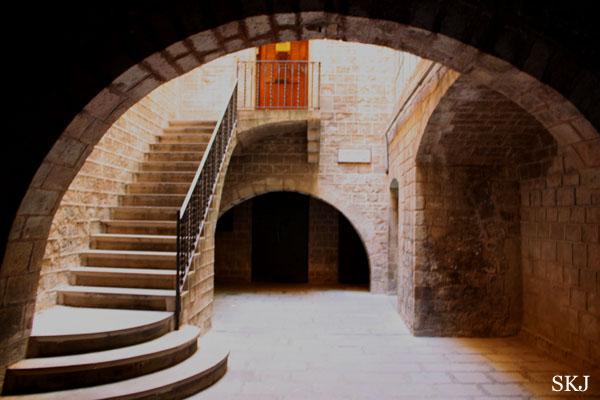 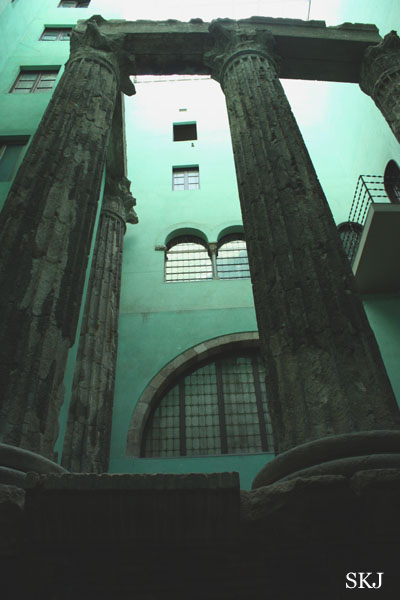 It was Sunday, a great day to explore this part of the city because many of the shops were closed. Might sound like a bad thing, but this enables you to see all of the street art. Many of the garage doors that pull down over the store fronts are painted. There are some great paintings. (If you know anything about underground street artists, you might be interested to know we found a “calling card” from Space Invader. That was fun.) I would definitely recommend exploring this area at a time when many shops are closed. 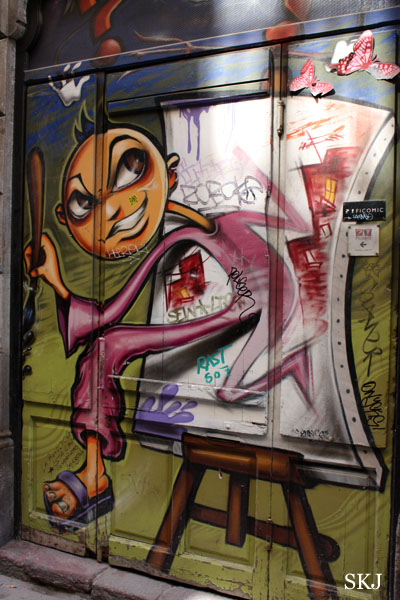 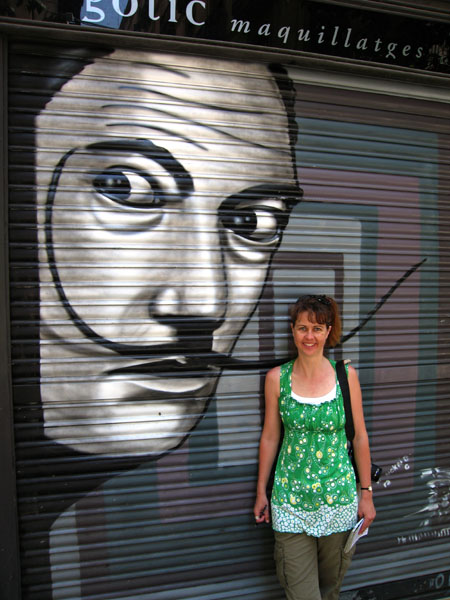 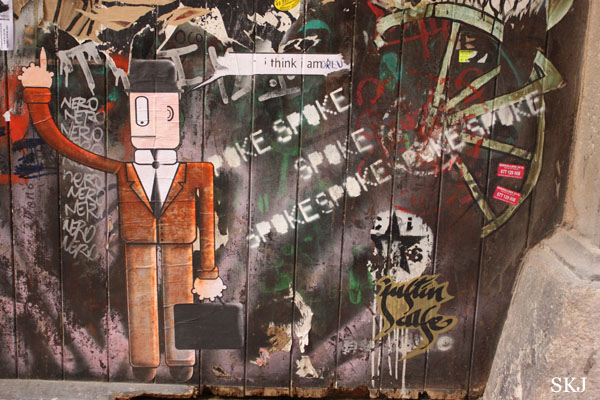 We made it to the Picasso museum and by pure chance it happened to be free admission. I guess Sundays after 5pm (until 7) admission is free. We were initially daunted by the line to get in but it moved fairly quickly. The museum didn’t have any of his famous pieces but it was a good exhibit and very interesting with many of his drawings and paintings from his youth, and a great little film showing something like 48 permutations of the same painting ... he was “copying” a painting by someone else -- a common activity of course for aspiring painters to try to emulate the masters by copying some of their pieces as precisely as possible. Picasso, though, “copied” the painting using his late characteristic cubist style. The film overlays Picasso’s copies one at a time on the original painting (Les Meninas) (or something close to that). He also had an early propensity toward scenes with people attending the dying in their beds. (I don’t know what that’s about.)

Then it was time to get ready and head back my friend’s flat for happy hour drinks around 9, then we went out to dinner for my birthday at a restaurant near their place. Good times. A little champagne to celebrate.

Then Erik and I decided (or at least I did and Erik went along) to act significantly younger than my age and go find a club or two. We found a somewhat quaint and small club to hang out in. Until about 4:30am. It got just a wee bit ugly at the end when I kept running into the people I was trying to dance with. There was a little group of us pounding the floor until closing time. It had been quite crowded earlier and made for good people watching. (young folks are always especially interesting/often unfathomable to watch)

Next day was a bust (for several reasons). Seems like we usually have at least one of these in a trip, but too bad we had one during such a short trip. So now only two days left with much yet to do. We’ll see how far we get. But I certainly wouldn’t mind stopping over here again some day to see some more. There is a prodigious amount of sightseeing available to do here. We did rally in the late evening and strolled down to the waterfront. The sea water is the most beautiful blue. The exact same color as the post-sunset dark-blue sky. Gentle waves hitting the shore. A nice boardwalk follows the beach for a long way. A few catastrophes have hit us in the last few days. For one, my beloved G9 camera quit working. Fortunately I brought my SLR also, though I almost didn’t. It’s not as convenient to carry around but at least I’m not cameraless. Tomorrow we will try to get to the Dali museum by train. 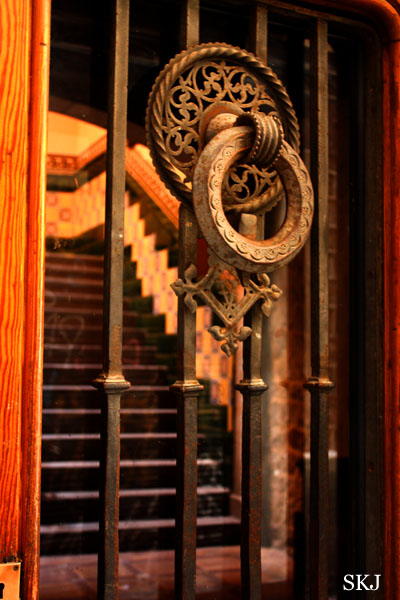 Wow, it's actually before midnight today when I finish writing and misc business. But I'm quite exhausted, so probably you've had to wade through many typos and bizarre wordings... However I'm more interested in sleeping and dreaming than going back to read and fix them.