Animals at the UWEC - young, old, new and wild

One of numerous things I've had to get used to here is perpetually being wrapped up in spider silk. One is always walking through a web. And spiders are always dropping down from the sky. Usually pretty smallish, but I'm forever brushing them off of other people's shoulders and find them crawling on mine. Once walking home in the dark, I was completely enveloped in one; I felt like Indiana Jones in the tarantula lair in the first flick … when I got home I had to unwind all the creepy silk from around me. I couldn't help but spaz out brushing my whole body over to make sure some giant spider hadn't hitched a ride with me along with his massive web. It's more normal to just be a couple strings, though I hate when I get them running across my face. But I'm actually glad I didn't see that huge one I walked through in the dark.

I’ve said it before, and I’ll say it again, I would very much like to learn to carry things on top of my head. I just think this would be a terribly handy skill. So a couple days ago, one of the zookeepers was carrying two empty crates on her head as we walked to the food depot to stock up for the animals. I asked when girls learn to do this; she said usually around age 6 or 8 girls begin to learn this skill first with small loads and working up.

Heading out in a couple hours for a weekend safari. Though I'd post a few random pics of some more UWEC critters before leaving.

A couple guys from the vet clinic ... young owls just dropped off for rescue, and one of several gray parrots in quarantine. 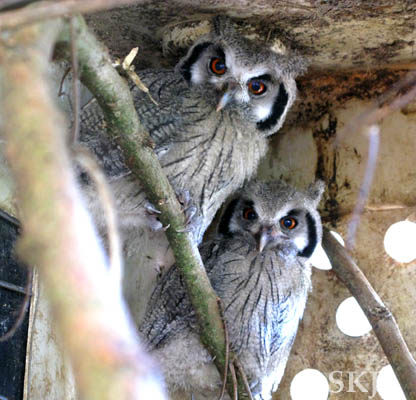 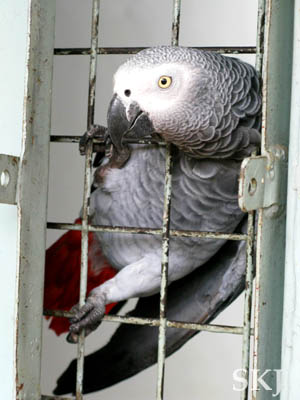 Below, a three-week old oribi. Her mother has had her stashed in the bushes more of the last 3 weeks. But it rained copiously on this morning and the baby came out into less cover. Hopefully the patas monkey give a little sense of scale. The patas are not particularly large monkeys. A little larger than most vervets. 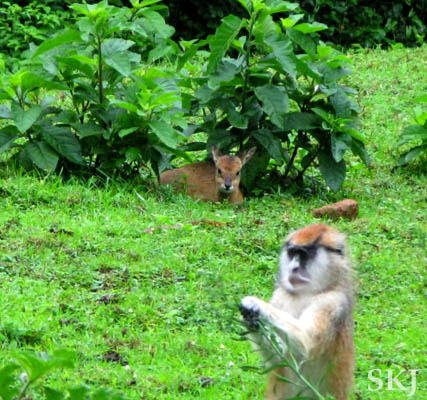 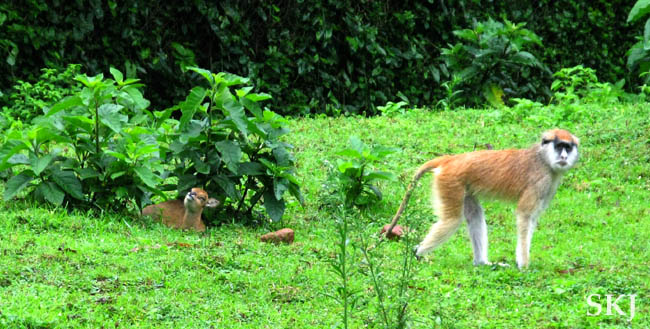 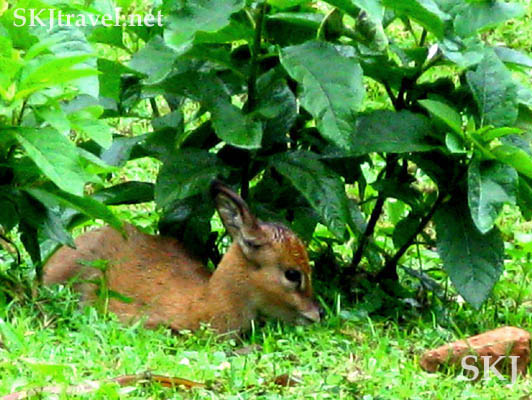 Black and white colobus monkey. They live in the trees on the grounds along with the vervets. They are not the pests that the vervets are ... in fact they're kind of hard to spot. Saw two babies today, but couldn't capture them. All were far up in the tree, hard to get them at all, but here's a couple you can make out. They are fun to catch a glimpse of walking home from dinner in the evenings. 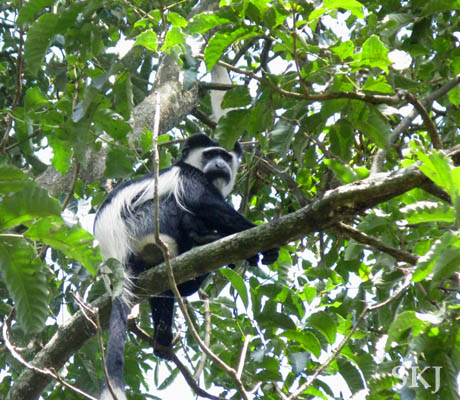 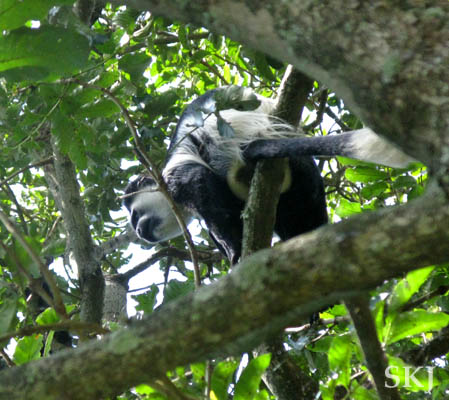 Chimps chilling. Love the casual poses some of these guys strike. Though, Onapa is the master. (first photo) 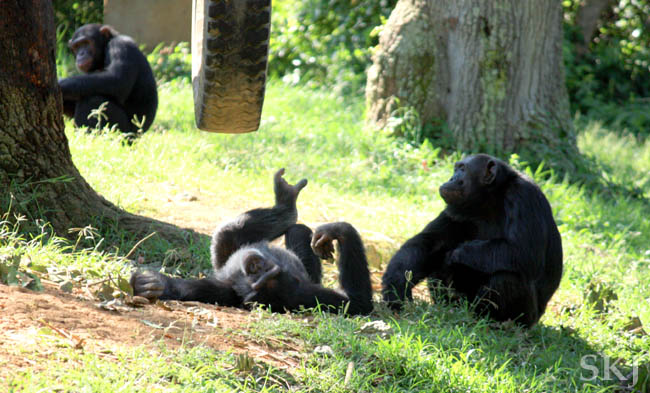 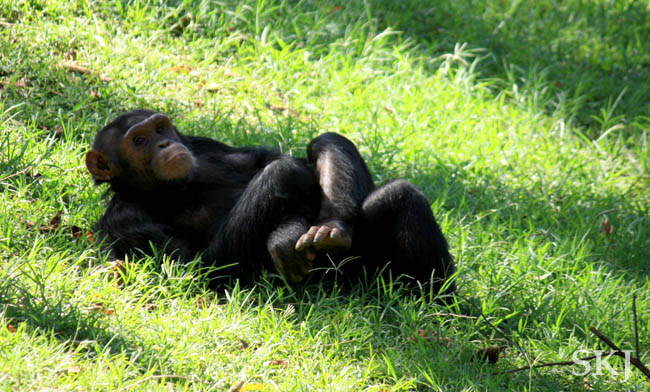 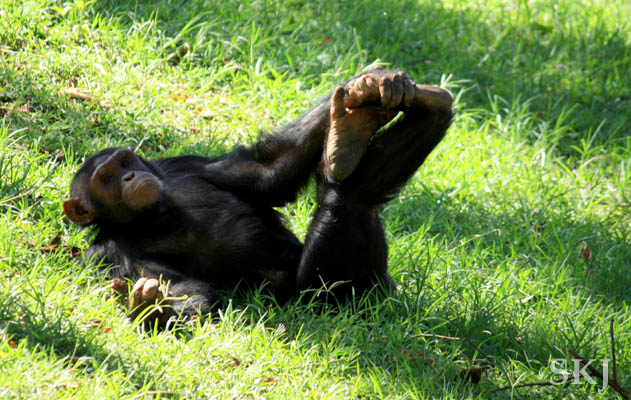 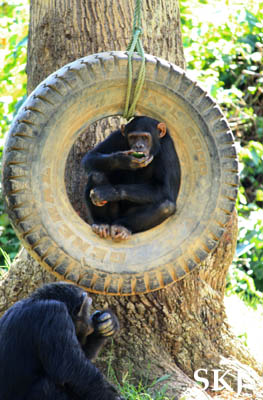